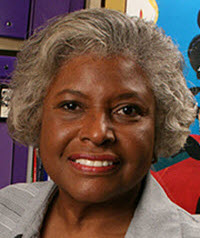 We live, after all, in an age of mass exodus. The flight from Cuba has taken place on our very doorstep, affected our politics and contributed to the changing face of our culture.

According to one estimate, 100 million persons move from one country to another, which is about two percent of the world's population. Cubans have been involved in that movement and those who migrate to the United States have been called its “special favorites.” They have also been called “self-imposed political exiles” and “consumer refugees.” These are labels that have been associated with Cubans' migration since Fidel Castro took control in 1959. Prior to the United States closing its Consular Office in Cuba two years later, migrants could obtain visas. Then visas were waived. As the title of a book suggests, the United States welcomed Cubans “with open arms.” There were 690,000 Cubans admitted to the United States between 1962 and April 1979. An additional 125,000 Cubans came in 1980 when Fidel Castro opened the port of Mariel. This opening spurred the “Freedom Flotilla” and resulted in those 125,000 Cubans being called Marielitos. The United States is now home to almost one million Cubans/Cuban-Americans.

The term “special favorites” was thus accurate for Cubans coming to the United States from 1959 until 1994. They were not required to qualify for a visa under the categories established for immigrants. Nor were they required to establish individually that they were refugees who qualified for asylum. In order to obtain asylum under U.S. law, an individual usually must show that he/she is a refugee. A refugee is one who has been persecuted or has a well-founded fear of persecution “on account of” race, religion, nationality, membership in a particular social group, or political opinion. The Cubans however, have not been required to make that showing until recently. While their original admission to the United States has been based on refugee status, Cubans/Cuban-Americans are often referred to using the term “exile” instead of “refugee.” Consistent with this historical treatment of Cubans, Fidel Castro's daughter was assumed to be a refugee entitled to asylum when she fled to the United States in December 1993. The U.S. response was such that Cubans “believe[d] that immigrating to the United States was their natural right. In fact, rules for the migration were dictated mainly by political and not humanitarian considerations.”

The United States' welcoming arms policy towards Cubans changed a few months after Castro's daughter came, with the advent of rafters (balseros). The balseros were not allowed to reach the continental United States, but instead were detained at the U.S. naval base on Guantánamo Bay. A news photo, which would have been unthinkable shortly after Castro's revolutionary triumph in 1959, appeared forty years later in 1999. The photo showed U.S. Coast Guard officers blocking entry to Cubans a few yards from the U.S. shore. The Immigration and Naturalization Service (“INS”) 1999 appeal of a Florida Immigration Judge's decision to grant asylum to Cuban migrants also suggests a new era.

This article takes no position on the Cuban revolution and Fidel Castro's triumph of 1959. Its purpose is to chronicle migration from Cuba and the United States response thereto, concentrating on the issues of refugees and asylum. But there are limits to this approach. Written Immigration Judge decisions are not generally available and while their decisions can be appealed to the Board of Immigration Appeals (“BIA”), only its precedent decisions are reported publicly. Most importantly, contested cases arise when there is a dispute. If persons are admitted to the United States because of presidential fiat or political policies, few cases result. Nonetheless, the available cases involving Cuban migrants do illuminate the parameters of U.S. policy. The general U.S.-Cuba relationship will be described in Section I. In Section II, U.S. policy towards those who fled from 1959-1994 will be discussed. Section III will address the balseros in the 1990s and migration accords representing a policy change concerning Cuba-U.S. migration. Section IV will discuss claims for asylum by Cubans who arrived in the United States after 1996, and a concluding comment will finish the article.

Attempting to control the political process in Cuba, the United States sacrificed some control over its own borders . . . . It is time for the United States to adopt a single, nonideological, humanitarian standard for granting refugee status.

The new day in the United States response to flight from Cuba can be attributed primarily to politics and foreign policy considerations, and perhaps to the racial composition of the current Cuban population. But the prior policy of favoring Cuban migrants has not completely disappeared. Contradictory ideas on the U.S. approach to Cuba are evident in other areas as well. For example, while the Helms-Burton legislation takes a tough stand against Cuba by permitting Americans to sue those who use property nationalized years ago, Title III allows the President to suspend that right. Similarly, the economic embargo of Cuba has been in U.S. public policy for decades. Yet, there are those who believe the embargo should end, and in fact are planning on it. Until aspects of the economic embargo were enshrined in law, the President had some flexibility and could weigh various opinions. Of course, with foreign policy matters, different groups always try to advance their interests with the executive. Thus, the president conducts foreign policy but external groups and events influence it. Such was the case with the Helms-Burton legislation, which President Clinton intended to veto until the BTTR February 1996 incident favored a change. But BTTR did not advocate the change in policy on Cuban migration linked to the 1994 Communiqué.

It is noteworthy that of the three U.S. citizens who perished in the 1996 BTTR incident, two were persons of Cuban descent born in the United States and the third came to this country very young and became a naturalized citizen. They were unlike those who came to the U.S. in prior years. Because of the existent Cold War alignment, the U.S. could claim it was winning that war when Cubans fled after Castro assumed power. But that war is over. While Castro “has outlasted eight American presidents and the odds are good that Bill Clinton will also leave office long before Castro does, and although “some Cuban exiles in the United States are still trying to kill Castro,” the political realities have changed. The exile thinking of those allegedly plotting against a post-retirement age Castro is characteristic of the Cuban-American National Foundation. The late Más Canosa, head of the Foundation, withdrew U.S. sponsors for Cuban balseros after the 1994 Communiqué, which eliminated the prior policy of automatically granting Cubans parole, and the 1995 Joint Statement, which called for repatriation. While his group disapproved of the changes, like other foreign policy initiatives, they resulted from changed political realities. Moreover, the color of the population remaining in Cuba has changed from what it was before the post-Castro exodus. It could be that alteration of U.S. official policy to no longer automatically recognize migrants from Cuba as refugees by granting parole was prompted by that fact.

Cuba is a country of 11 million people, and “a stroll on a Havana street . . . [will] confirm government estimates of upwards to 60 percent black or mixed population.” Cuba has been referred to as a black majority country, and a “largely Black country . . . .” That demographic fact may have influenced the U.S. policy change, along with a different political reality engendered by the demise of the Cold War. Even before it denied a legal right of entry to Cubans detained at Guantánamo Bay, the Supreme Court upheld U.S. interdiction and repatriation of those seeking asylum from Haiti, a Black country adjacent to Cuba. In Sale v. Haitian Centers Council, Justice Stevens wrote for the majority that “to gather fleeing refugees and return them to the one country they had desperately sought to escape . . . may . . . violate the spirit” of the U.N. Convention Relating to the Status of Refugees, but it does not violate U.S. law. Although some argue repatriation violates more than the “spirit” of the law, the Supreme Court has spoken. Thus, the policy of repatriating Cubans is not subject to attack in U.S. courts. Although repatriation has been carried out only against people of color--Asians (Chinese), Blacks (Haitians) and Latinos (Cubans), the Supreme Court's pronouncement in the Haitian case means statutory provisions on nonrefoulement do not apply extraterritorially. In addition, statutory provisions which prohibit discrimination in visa issuance are not germane to migrants without visas who seek refugee status and asylum. Moreover, claims of discrimination in parole into the U.S. are not cognizable.

The Federation for American Immigration Reform, Inc. (FAIR), a conservative immigration organization, challenged the Communiqué between Cuba and the U.S. Ostensibly that agreement ended automatic parole for Cubans who reach the U.S. irregularly. The Communiqué specified an annual minimum of 20,000 visas to the U.S. for Cubans, including persons selected by lottery. A federal district court rejected the contention that FAIR's objections to the agreement presented nonjusticiable political questions and observed that even though foreign policy impacts immigration, the question before a court is one of statutory interpretation. Nonetheless, FAIR was held to lack standing so statutory provisions impacting the Communiqué were not discussed.

In actuality, most provisions in both the Communiqué and the Joint Statement broke no new ground. Those provisions include 1) support for prohibitions against alien smuggling; 2) repatriation; 3) discontinuance of automatic parole; 4) admittance or parole of an annual minimum of 20,000, including those selected by lottery. In general, these items are all governed by existing legal norms. U.S. criminal sanctions against alien smuggling were involved decades ago in the situation of one who smuggled persons from Cuba to the U.S. Two years before the Joint Statement, the Supreme Court upheld high seas interdiction and repatriation of migrants trying to reach the U.S. Immigration parole is committed to the discretion of the Attorney General who can act for “humanitarian reasons or significant public benefit or for reasons deemed strictly in the public interest.” Arguably those standards are broad enough to permit consideration of political and foreign policy concerns in granting parole. Nonetheless immigration parole involves a discretionary decision. An alien has no fixed right thereto. However, parole of Guantánamo Cubans was “beyond those eligible under existing criteria”, as acknowledged by the Joint Statement.

Persecution or a well-founded fear thereof must be because of race, religion, nationality, particular social group or political opinion. This definition shines the spotlight on the asylum applicant's political views. The Bello-Puente case discussed above is troublesome because it is not clear whether the focus remained on the political opinions of the applicants. Diverting attention to the Cuban regime risks a decision on the alleged persecuting country and not the particular applicant. For example, Cuba's actions vis a vis the BTTR planes, no matter how reprehensible, is not a basis for asylum. Although legislation was enacted as a result of the incident, that was a political decision. Whether a person is a refugee is not a political question, but a legal one. In determining whether a Cuban is a refugee, the decision should be made absent political and foreign policy considerations. It should not be assumed that merely because one lives in a socialist country that one has been persecuted as required under the statutory provisions governing refugee status. It has been almost twenty years since the enactment of the Refugee Act of 1980, the purpose of which was to remove ideological slants from refugee determinations. As the Second Circuit noted: “Examination of the history and purpose of the relevant legislation shows that Congress intended to insulate the asylum process from influences of politics and foreign policy.” In the past, it was just assumed that those who fled Cuba were refugees who were guided by an ideology which met the approval of the United States, and had a fear of persecution because of that ideology. That assumption removed the incentive to examine the individual circumstances of migrants, many of whom may not have qualified as refugees under the statutory standard. The past cannot be undone. But future refugee decisions should be made absent foreign policy and political considerations.