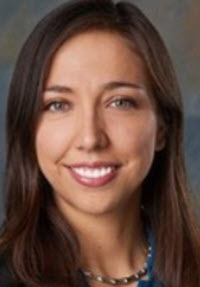 Immigration from Mexico should be curtailed because it threatens the United States by eroding Anglo-Protestant culture. This thesis is advanced in Who are We? The Challenges to America's National Identity by Samuel Huntington, one of the most widely cited political scientists on international relations. Huntington warns that Hispanic immigration to the United States threatens to transform the nation into “a country of two languages, two cultures, and two peoples.” The current immigration debate in the United States shows that many people support Huntington's proposition, as evidenced in Arizona Senate Bill 1070 (SB 1070). Signed into law on April 23, 2010, SB 1070 is aimed at identifying and deporting “illegal immigrants.”

In an attempt to facilitate this mission, the law requires local law enforcement officials to stop and demand identification from anyone they “reasonably suspect” is in the country illegally. This of course begs the question, what gives rise to “reasonable suspicion”? What does it mean to “look illegal”? For that matter, what does it mean to look “American”? The answers to these questions reveal the troubling marriage between race and immigration law. However, the underlying racism fueling SB 1070 does not represent a new trend. In fact, U.S. immigration law uses racial difference as an indicator of non-belonging and thus reifies notions of racial inferiority.

Ian Haney Lopez, a prominent critical race scholar, argues that the law not only reflects but constructs social prejudice. The law thus becomes an instrument in constructing and reinforcing racial subordination. In this paper, I explore how immigration law, in particular, constructs notions of racial inferiority by associating racial difference with noncitizen, or “illegal”, immigration status. Within the immigration law framework, racially different noncitizens are pitted against a seemingly homogenous group of “American” citizens.

As Jennifer Gordon and R.A. Lenhardt point out, citizenship has been used to refer to a whole host of different ideas, including nationality, forms of political participation, and entitlement to certain rights. I use citizenship to refer to the entitlement to belong. Within this definition of citizenship, belonging encompasses both cultural and racial belonging in a nation. I recognize that in practice citizenship does not always grant automatic belonging in society. Instead, I believe that citizenship is used by those in power to determine who is worthy of belonging, which history has revealed is a determination that largely turns on race.

As Gordon and Lenhardt also discuss, by defining inclusion, citizenship also defines exclusion. I argue that immigration law historically relied on citizenship to exclude noncitizens, who have been deemed unable to assimilate due to their race. In order to gain legal status as a citizen--in order to belong-- the noncitizen must assimilate to the citizen, who was legally defined as white until 1952. Based on this history, immigration law today continues to use racial difference as an indicator of non-belonging, reifying notions of racial inferiority in the process.

Kevin Johnson believes racism is visible in immigration law because society transfers its racism toward domestic minorities to noncitizens. While overt racism toward minority citizens is much more controversial, racism towards noncitizens can be masked by facially neutral gripes about noncitizens' failure to assimilate, frustration over linguistic barriers, or intolerance of “criminals” who have broken immigration laws. Johnson's transference theory helps explain why immigration laws continue to justify a focus on racial difference to support race neutral policies like protecting national security and preserving American culture. The result of this kind of immigration law and policy is what Mae M. Ngai titles “alien citizenship.” As she explains, an “alien citizen” is a U.S. Citizen “by virtue of her birth in the United States but whose citizenship is suspect, if not denied, on account of the racialized identity of her immigrant ancestry.”

I argue that SB 1070 provides a contemporary example of the way immigration law constructs racial difference as an indicator of non-belonging, reifying notions of racial inferiority. Specifically, SB 1070 overtly attempts to exclude unwanted immigrants and does so by mandating racial profiling. Arizona's new law illustrates Johnson's theory of transference as well as Ngai's concept of “alien citizenship.” SB 1070 results from the evolution of this nation's immigration laws. Particularly important in shaping SB 1070 is the plenary power doctrine, which currently affords the political branches unfettered discretion in regulating immigration. As a result of this broad discretion, noncitizens are stripped of important constitutional rights under federal immigration law. SB 1070 employs a similar type of constitutional rights-stripping.

Section One of this paper highlights four moments in history that illustrate the way immigration law constructs race.

Section Two discusses which constitutional protections are denied to noncitizens in the immigration context.

Section Three illustrates how constitutional rights-stripping of noncitizens leads to increases in racial profiling, both within and outside of the immigration context.

Section Four argues that SB 1070 is a product of this nation's historical racism towards immigrants. This section frames SB 1070 within Johnson's transference theory and Ngai's idea of alien citizenship. Finally, Section Five provides recommendations for dismantling the underlying racism present in immigration law.

SB 1070 exemplifies immigration laws' reliance on race as an indicator of non-belonging. In the process, notions of racial inferiority abound as Hispanics become indistinguishable from “unwelcome illegal immigrants.” SB 1070's mandate to identify noncitizens who do not belong is executed through racial profiling. Johnson would likely agree that Arizonans who support the law and recently reelected the governor who signed SB 1070 into law have transferred their racial animosity towards Hispanics to noncitizens. Ngai would likely agree that the consequences of this transference results in a state of alien citizenship for Hispanics whose citizenship has been made suspect by the law.

SB 1070 results from a long history of racist immigration law and policy in the United States. In particular, the plenary power doctrine developed in Chae Chan Ping has facilitated the creation of laws like SB 1070 that claim to merely mirror federal immigration law, which deprives noncitizens of vital constitutional protections. The central debate surrounding SB 1070 has become, who gets to do the excluding of noncitizens: the states or the federal government?

The only way racism can become divorced from immigration law is to expose the general public to this nation's history of racism towards immigrants. Humanizing the immigrant experience is also important in order to question the idea that citizenship is the ultimate marker of belonging. Furthermore, society must look into Johnson's “magic mirror” and realize that its treatment of immigrants of color reflects how it views citizens of color. On the legal front, civil rights and immigrants' rights organizations must continue to fight the hard battle of gaining more than deferential review of immigration statutes. Only when these goals are accomplished will laws like SB 1070 lose public support.

Lisa Sandoval is a second-year student at American University Washington College of Law.