CRT and Immigration: Settler Colonialism, Foreign Indigeneity, and the Education of Racial Perception 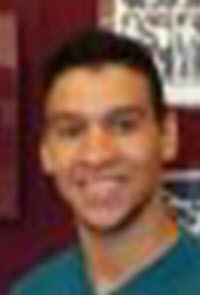 A wall will not end immigration, and neither will immigration laws and policies. Rather, these policies and practices serve to dehumanize immigrants and position them in precarious legal positions where their personhood is constantly called into question. Analyses of immigration from Latin America do not usually focus on Indigenous peoples. When Indigeneity is centered, an examination of immigration policies is made more complex due to the relationship between the State's power over regulating the movement of people across its borders and a legacy of settler colonialism that recognizes the State exists on stolen lands. Immigration policies are a contemporary manifestation of the legacy of settler colonialism. In this article, I specifically examine the power of the United States to set the standard for what constitutes a legitimate asylum claim. I ask two principal questions: (1) What happens to the lived experience of Indigenous peoples when filtered through an asylum claim? (2) How does a settler colonial framework illuminate the relationship between facts and asylum claims for Indigenous peoples?

I argue that asylum claims require “foreign” Indigeneity to be narrated in a way that reflects the denial of a U.S. history of genocidal and violent behavior. To qualify for asylum, Indigeneity must be narrated to the State as a concern with one's biological/corporeal life rather than with a standard of living. This results in a detrimental education of racial perception whereby the State-accepted narrative of Indigeneity must be one of victimization and cannot be one of empowerment or justice in order to win an asylum claim. Though educational scholarship often centers institutions of learning, such as K-12 schooling, I argue that other institutions and policies of the State, such as the judicial system and immigration policies, also provide a 'lesson’ that reflects colonial ideologies of what it means to be human.

Critical Race Theory (CRT), by centering the role of racism in education, provides a framework for this transnational analysis on immigration and the education of racial perception. In order to capture the experiences of Indigenous peoples from Latin America migrating to the United States, both TribalCrit and LatCrit serve as a theoretical framework. Specifically, TribalCrit facilitates an analysis emphasizing settler colonialism and LatCrit supports an analysis of immigration. Both are critical in unpacking the power of the State to distort the experiences of Indigenous peoples from Latin America moving across settler-state borders to the United States.

Drawing from a larger transnational ethnographic and participatory action research project working with Indigenous students in Guatemala and in the United States, I utilize Critical Discourse Analysis in order to emphasize the violent history of the United States, its impact on Indigenous peoples in Guatemala, and the subsequent performance of Indigeneity in order to be recognized by the US government as deserving of asylum. I advance this sociohistorical analysis to suggest asylum claims are concerned with the protection of physical life rather than with the quality of living, and this reflects a denial of U.S. settler colonial history and a refusal of accountability for historical and contemporary injustices.

I propose three implications from the research. The first is using CRT frameworks in analyzing the experiences of marginalized peoples in Latin American nation-states. With regard to Indigenous peoples in Latin America, there is a need for a framework that accounts for their racialized experience in their country of origin as well as their experiences when migrating to the United States. The second implication is a call for the legal-political exploration of alternatives to US standards of asylum in relation to settler colonial history. The larger movement by Indigenous peoples for nationhood, self-determination, and land reparations needs to be juxtaposed against a flow of immigration often influenced by neoliberal economics. Addressing a settler colonial history as part of a struggle for collective liberation has to take into account global capitalism. The third and final implication was about reflecting deeply on what it means to engage in decolonial work within hypercolonial institutions. I propose constant reflection regarding what it means be in fields such as Law and Education in order to better inform our actions in relation to settler colonial practices of the past and present.

On the day that this manuscript is due for review, I will accompany one of my Indigenous students to one of their court cases. After writing this essay and making this critique of asylum claims, I know the student will pursue asylum as a means of staying in the United States. I know the State expects a particular Discourse of Indigeneity that may not be the one he can truthfully provide. I know that he may be faced with telling his full story or telling a partial lie. I know that the State can choose to accept his Discourse, or reject it as lacking in evidence. Knowing all of this, I am powerless to do anything about it myself. However, if we as a collective take seriously our responsibility to address settler colonialism, this could be different.