Criminalization and the Politics of Migration in Brazil 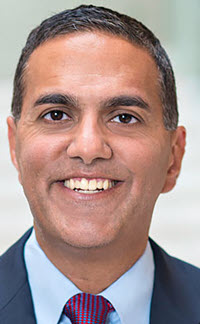 The world today is experiencing unprecedented levels of global migration, with tens of millions of persons living outside of their country of nationality or displaced from their homes. A number of factors have contributed to these migration flows, including entrenched, violent conflicts, varying forms of persecution, climate change, economic and food insecurity, and efforts at family reunification. In recent times, some migrant-receiving countries-- including the United States and some countries in Europe--have sought to enhance immigration enforcement, expel unauthorized individuals, and curb the entry of certain noncitizens. Among the key narratives informing this trend are concerns about criminality among migrants, and the related concern that migrants--particularly those from certain countries or of certain religious or ethnic backgrounds--pose a threat to national security. In some jurisdictions--most notably the United States--these narratives build upon a decades-long trend towards criminalizing migrants, as reflected in a range of well-established practices.

Scholars have explored whether restrictiveness in migration policy is a growing and inexorable trend, particularly in an age of global terrorism and the retrenchment of nationalism. While opinions on this question are mixed, there is consensus regarding the growing criminalization of irregular migrants, including the codification and prosecution of illegal entry and related offenses in the United States and Europe. There has been comparatively less study, however, regarding the criminalization of migration in the Global South. This scholarly attention is critical, given that some of these countries shoulder a disproportionate burden of the global migration flows. Additionally, as more countries in Latin America, Africa, and Asia embrace their role as migrant-receiving countries, their policies and practices merit scrutiny, both for their own sake and as possible counter-examples to what is occurring in the United States and Europe.

This article examines laws and policies relating to unlawful entry and related criminal offenses in one such country: Brazil. Brazil has an extensive history of receiving international migrants, and continues to receive economic migrants and refugees from across the globe. Brazil is also a country where race and class divisions are deeply embedded in societal structures, and where concerns regarding criminality in society are heightened and have led to a burgeoning prison population. In other words, on paper, Brazil seems to be fertile ground for embracing criminal-immigration intersections. As this article explores, however, the criminalization and prosecution of immigration-related offenses--in particular, unlawful entry--simply has not taken root in Brazil. In fact, the contrary is arguably true, as exemplified by the passage of a new immigration law in May 2017, which explicitly embraces the “non-criminalization of migration” as a principle of Brazilian immigration policy.

The remainder of this article proceeds as follows.

In Part II, I briefly sketch how concern about undocumented migration, and the prosecution of unlawful entry, has grown in the United States and elsewhere. I then describe the landscape of laws and practices in Brazil relating to such criminal offenses, noting the conspicuous absence of a provision that criminalizes unlawful entry without other aggravating factors, and the infrequent use of comparable provisions in the Brazilian criminal code.

In Part III, I suggest different ways to understand Brazil's seeming rejection of the criminalization of migration, examining historical, demographic, political, and other factors.

I conclude in Part IV with some observations and reflections about the normative significance of these policies at the global level, along with some cautionary notes about the possible impermanence of Brazil's current approach.

For Brazil's policies to persist, its government and society must be able to resist the narrative that equates foreigners with dangerousness and criminality, and continue to advance one that views the reception of migrants as a basic obligation of states. Unique historical and positional factors in Brazil may indeed allow Brazil to retain its relatively benevolent posture towards immigrants. And if this approach succeeds, over time, it may emerge as a lasting and effective counterpoint in global discourses regarding migration.