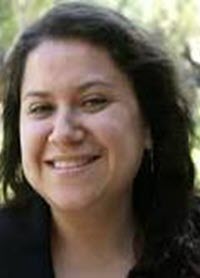 Based on interviews with 100 members of mixed-status families in Los Angeles, California, this article analyzes how U.S. citizen children practice and understand citizenship in the context of punitive laws targeting their loved ones. Participants' narratives of citizenship as privilege, responsibility, and guilt reveal that despite normative conceptions of citizenship as a universally equal status, citizenship intersects with key social markers to determine the contours and inequalities of substantive citizenship. Specifically, U.S. citizens in mixed-status families make sense of their juridical category when they navigate unrealistic aspirations from relatives, maintain silence about undocumented family members' legal status, manage their fear of family separation through deportation, and take on financial and logistical responsibilities prematurely to help relatives. In each of these ways, family proves to be a key site for the social and relational production of citizenship.

Currently, over 4 million children under age 18 are U.S. citizens living in what are known as mixed-status families--with at least one undocumented parent. Legally, the U.S. Constitution procures their citizenship; substantively, however, they are likely to suffer a series of developmental and educational setbacks resulting from obstacles that target their undocumented parents. A few studies examine the legal consciousness of undocumented immigrants, but we know significantly less about how their U.S. citizen relatives understand and employ their juridical category. Based on findings that arose from a study initially focused primarily on Deferred Action for Childhood Arrivals (DACA) recipients, this article examines the legal consciousness of citizen members of mixed-status families through a relational approach that I argue best captures how substantive citizenship is socially produced within families.

Through its laws and practices, the state misleadingly represents itself as producer and arbiter of normative citizenship, with equal rights for all citizens. The experiences of U.S. citizen children in mixed-status families, however, reveal that much like for other members of marginalized groups, substantive citizenship is contested and unequal. In practice, citizenship has always intersected with race, gender, class, sexuality, disability, and other markers of social location to determine the contours of the lived realities of citizenship. Indeed, legal citizenship was initially only available to one intersectional category: white male property owners. Women and people of color have since gained greater legal inclusion, though citizenship arguably still means different levels of access and privilege by identity markers. What is distinct about mixed-status families is that the family unit must navigate resources and barriers unevenly within its members based on stratified legal categories. Examining their experiences brings into relief that citizenship intersects not only with an individual's social location but also with the legal statuses of their family members. The current immigration regime blocks undocumented and temporarily protected immigrants from key educational, employment, and social service opportunities, making it difficult for immigrants and their families to thrive, even when one or some members are U.S. citizens.

I am particularly interested in the legal consciousness--the common-sense understandings of the law --of U.S. citizen young adults who grew up in mixed-status families. Participants' narratives of citizenship as guilt, responsibility, and privilege reveal that legal consciousness about citizenship status is centrally and relationally developed through key mechanisms within the family. These include navigating unrealistic aspirations from relatives, maintaining silence about undocumented family members' legal status, managing their fear of family separation through deportation, and taking on financial and logistical responsibilities prematurely to help relatives. While U.S. citizens' interactions with the state, neighbors, police officers, fellow students, teachers, and strangers relationally provide them with information about the meaning of their citizenship in different spaces, the deeply rooted relationships with loved ones most powerfully determine how they make sense of their juridical category.

Immigration Law and Immigrants' Legal ConsciousnessIn the contemporary moment, international migration to the United States is marked by punitive immigration laws that, when combined with a hostile sociopolitical climate, produce a criminalized state of illegality--the condition of undocumented immigrants' legal status and deportability --for over 11 million people. Immigration laws currently serve to legitimize society's harmful treatment of undocumented and temporarily protected immigrants. The convergence of immigration law (which historically has been determined through civil and administrative law) with criminal law has opened the door to various structural and symbolic forms of violence against immigrants. In the context of an expanding network of immigrant detention centers, including many run by for-profit prison corporations, as well as record numbers of deportations, fear and blocked access to mechanisms of social mobility harm immigrants' short- and long-term well-being.

Legal consciousness, however, is fluid. Produced through a dialectical process between laws and social life, legal consciousness adapts to make sense of new tropes and experiences. In some cases, even though they are officially “outside of the law” , undocumented and other immigrants with temporary forms of legal status develop a legal consciousness of resistance that empowers them to enact practices of citizenship. Whether because they are claiming rights, resisting unjust policies of exclusion, or effectuating political subjectivities that resist the power of the nation-state, immigrants can construct a form of citizenship based on “an enactment of membership in a cultural and political community”. They develop a legal consciousness that highlights their positive social contributions to engage politically outside of the electoral system to participate in civic life and democracy in ways traditionally considered to apply only to citizens.

Recognizing these difficult circumstances and needs, over the last decade, the immigrant rights movement has increasingly included the voices of U.S. citizen children in their actions. Children carry signs at various marches that read, "Please Don't Split Up My Family" or "Obama, Don't Deport My Momma." These signs serve as reminders that undocumented immigrants are not only workers but also parents and family members of people who will also suffer the consequences of deportation. The anti-immigrant bloc certainly draws on this through their vile use of the term "anchor baby" to refer to children of undocumented immigrants who are conferred citizenship through the 14th Amendment. In my work, I aim to extend the usefulness of research beyond the realm of academic production to consider how it may help inform current practices. In this case, my findings suggest that U.S. citizen children should play a role in the immigrant rights movement, though perhaps the discourse should not revolve solely around their more highly valued status (despite the fact that U.S. immigration laws also emphasize citizens' rights above those of immigrants). Rather, as made clear in this study, U.S. citizens in mixed-status families are more likely to be empowered when they are educated about the structural inequalities that determine their families' experiences. They are more likely to develop a legal consciousness of citizenship as a useful privilege and manageable responsibility when they play a complementary role to their loved ones. Without reproducing the inequalities and higher expectations of citizenship, the immigrant rights movement stands to benefit from the energy and dedication of U.S. citizens who want an opportunity to fight for the full recognition of their loved ones' humanity.