Undocumented, Untreated, Unhealthy: How the Expansion of FQHCs (Federally Qualified Health Centers) Can Fill the Gaps of Basic Healthcare for Undocumented Immigrants 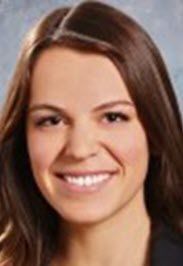 The right to health has always been a fundamental part of the human rights framework. The 1946 Constitution of the World Health Organization (WHO) states that “the enjoyment of the highest attainable standard of health is one of the fundamental rights of every human being without distinction of race, religion, political belief, economic or social condition.” In fact, a study of adults in the United States in 2004 revealed that 76% of adults agreed that access to healthcare should be a right. In contrast to almost all other industrialized countries in the world, however, the United States has not recognized an affirmative right to healthcare. Furthermore, the United States intentionally excludes and imposes barriers upon access to healthcare for some of the nation's most vulnerable communities: undocumented immigrants. The right of equal access to health care applies to all persons within a state's jurisdictional boundaries, irrespective of immigration status. This Article addresses this unjustified exclusion. It proposes a way forward, taking into account the national political moment we are in and the general hostility to immigrants from the current federal government. Specifically, it calls on states and localities to take the lead by establishing and expanding the use of federally qualified health centers (FQHCs) to ensure basic preventive care to all underserved communities in the U.S., including undocumented immigrants.

In short, my thesis is that the federal government has failed in honoring the right to health care, requiring states and localities to step in and fill the gaps, and that the expansion of current FQHCs and the establishment of new centers is the best way in which states can fill the gap in the medium-term. This is not to suggest that this is necessarily an ideal long-term solution to the problem of inadequate healthcare access within the U.S. Rather, it is proposed as a workable and practical medium-term path to expanding health care access to the nation's most vulnerable and excluded communities, working within the parameters of the existing federal health care framework, which may open the door to more durable changes when the national political moment becomes more amenable to rights-based change.

This Article proceeds in three parts.

Part I examines current federal exclusions that prevent undocumented immigrants from accessing health care, as well as the impact of these exclusions on health outcomes.

Part II identifies ways in which various states have stepped up top try to fill the gaps left by these federal exclusions, both by stretching statutory language and deploying state funds to cover those left outside of federal definitions.

Part III then proposes that expansion and establishment of FQHCs is the most appropriate avenue for state action and will produce the most ideal outcomes in terms of providing basic and preventive care for undocumented immigrants.

This Article addresses the exclusion of undocumented immigrants from basic, preventive healthcare and proposes a way forward within the political and statutory framework that currently exists. This way forward is the expansion of existing and establishment of new federally qualified health centers (FQHCs), which are providing basic preventive care to underserved communities in the U.S. While a significant amount of literature is dedicated to concretely observing what healthcare procedures and services an undocumented immigrant is granted, what services should be granted, and why or why not those services should be granted, this Article goes one step further, not only acknowledging that basic healthcare services should be granted, but providing a way in which to grant them. FQHCs have been a kind of hidden gem in the provision of healthcare; there is literature about what they are, how they run, and who they serve (underserved communities), but the literature has very rarely recognizes them as the vessel that states should be using to promote healthcare services for undocumented immigrants.

The establishment and expansion of FQHCs is a politically workable solution within the short and medium-term. While this Article is not arguing for a change in the federal structure, it acknowledges the necessity for efforts at the national level to create a new framework for discussing health care access as a right for all people within the borders of the United States. While FQHCs allow states to use the current structure to meet the needs of those within our borders that are not receiving healthcare over the mediumterm, the United States needs to see a genuine federal commitment to ensure healthcare access for all. The current administration controls how rights-based discussions are framed, and the current administration wants to limit healthcare, creating a harshly exclusionary framework around which it builds its policies. If the federal structure will not change, states and localities will have to operate within it. Until the United States is ready to change the framework around health care as a right for all, states and localities can engage in taking up health care as a right for their own residents, and FQHCs are an already established way in which states have been using funding to treat mostly those without insurance, or those with Medicaid. As undocumented immigrants are a very clearly underserved population, the use of FQHCs as the establishments through which undocumented immigrants receive basic healthcare is an expansion on an idea that is already present. Of course, there are risks involved to the approach proposed in this Article, the most glaring of which is the seeming absolution of the federal government of their duties to the health and safety of the nation. Until the national political moment aligns with a rights-based approach to the provision of healthcare, though, the expansion and establishment of FQHCs is the most practical and forward looking solution to the inadequacy of healthcare access.

Bethany Taylor, J.D. (B.A., Stonehill College) is a graduate of the Class of 2019 at the University at Buffalo School of Law.