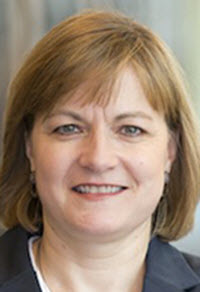 It cannot be said too often: Public health in the United States is underfunded and dangerously fragmented. These longstanding woes are exacerbated each time Congress and state legislatures fail to take into account the public health consequences of policies they enact into law. Immigration policy is no exception. When we talk about immigration reform, public health is often ignored, even though federal policy with respect to non-citizens vitally affects state and local governments. Or worse, immigrants are misrepresented as health threats to the U.S. in ways they are not.

Our immediate public health emergencies in the U.S. have nothing to do with immigration or immigrants. Take, for instance, the fact that HIV is thriving in the South, and is the subject of a new presidential initiative to combat it nationwide. Measles outbreaks, entirely preventable by vaccination, have occurred across the country in recent years, including in eleven states in the first two months of this year alone. Hepatitis A, a third-world disease, has spread from city to city in the U.S. A strain of drug-resistant tuberculosis that originated at a homeless shelter in Atlanta killed four people, and has spread to at least eight other states. The opioid epidemic has brought with it skyrocketing rates of infectious diseases related to intravenous drug use, such as HIV and hepatitis C. Add to this the fact that the U.S. has the highest percentage of citizens without health insurance in the industrialized world. Lack of preventive healthcare can mean low resilience in the population as a whole. A community's overall resilience in the face of a contagious disease outbreak is only as strong as the weakest link. Scientists say we are long overdue for a naturally occurring pandemic. The World Health Organization refers to it as “Disease X.” Altogether, it is easy to understand why the possibility of a fast-spreading, deadly epidemic in the U.S. keeps scientists awake at night. Blame whoever you like--anti-vaxxers, counter-productive laws and policies, underfunded city services--but do not blame immigrants for these home-grown problems. Non-citizens living in or visiting the U.S. are on the whole healthier than the native-born U.S. population. Immunization rates among them are higher, too. An “imported” disease like SARS or avian flu is as likely to be spread by a returning U.S. traveler as a migrant at the border. Recall the public outcry that followed news that an Atlanta lawyer with drug-resistant tuberculosis had traveled on several international flights against the orders of public health officials, leading to Congressional hearings and renewed interest in federal quarantine power. As Wendy Parmet and others have reminded us, the U.S. has a long history of wrongly blaming immigrants both for diseases that spread globally through travel and trade as well as for our own governmental shortcomings.

Immigration policy in the U.S. does have important ramifications for public health. But it is not because immigrants themselves pose a disproportionate health threat to citizens. And we cannot keep contagion out or protect ourselves from the world's pandemics by some fantasy of closing borders or erecting walls. Birds and mosquitoes, carriers of lethal viruses, are notorious disrespecters of walls. And we shouldn't forget that we export diseases to other countries, too. In short, the greatest public health threats in our nation today are ones that have originated here, not ones brought from the outside.

But it also makes no sense to create immigration policies that may increase the risk that contagious disease outbreaks will spread. Yet we are doing just that. As I describe below, the U.S. Department of Homeland Security proposes to treat immigrant access to healthcare in a punitive fashion that even it admits “could lead to ... increased prevalence of communicable diseases, including among members of the U.S. citizen population who are not vaccinated.” Local health departments in the U.S. already struggle against the odds. This new federal policy needlessly makes that struggle even harder.

I conclude by noting a few other ways in which immigration policy affects public health. Public health threats like outbreaks of flu can arise within migrant detention facilities, and when they do, it is the local health department's responsibility to prescribe measures to prevent further spread. Immigration authorities do not reliably contact local health officials when they release migrants who need follow-up for a health condition. Other release practices are of concern to health departments because migrants can be placed into situations dangerous to their health and wellbeing if local officials don't step in. Last Christmas Eve, the U.S. Customs and Border Protection (CBP) released hundreds of recently arrived asylum seekers in downtown El Paso with no notice to anyone, leaving aid groups scrambling to find temporary accommodation for them.

And we mustn't forget the health of immigrant detainees held throughout the U.S. Recent enforcement policies have threatened health outcomes for migrants in federal custody. After the deaths of two children, CBP admitted it was overwhelmed, and DHS hastily arranged for Coast Guard medical professionals to help with medical screenings for children. Immigration authorities have been overwhelmed by a problem they saw coming. Consider also the ill-conceived policy that resulted in thousands of children being separated from their parents. Local health departments face many challenges in dealing with children who are living together in tent cities, group homes, or detention warehouses. Can any child reliably inform anyone of what vaccinations they have had, or of their health history? The Inspector General reported in January of this year that there are likely thousands more children than the officially reported number of 2,737. The same report noted that the government has lost track of hundreds of children due to poor record keeping, and as a result some may never be reunited with their parents.

Once again, courts were forced to step-in to a chaotic situation the government itself created, overseeing the reunification efforts and ordering the government to find the children it has apparently lost track of. As federal judge Dana M. Sabraw reminded us, “[t]he hallmark of a civilized society is measured by how it treats its people and those within its borders.” From a public health perspective, a nation's “people” and “those within its borders” are one and the same.

As all of these recent examples indicate, the most pressing need now is for better coordination between HHS and DHS on public health and immigration policy. The proposed public charge rule is only the most recent example of the inability of two critically important federal agencies to talk to one another. None of these things require publicly funded health care for impoverished non-citizens, much as public health officials might desire it. None of these things require any change in the current administration's anti-immigrant policy, either.

There are other ways immigration enforcement policy affects population health, but it is not my goal to catalogue these here. In all instances, giving state and local public health officials a seat at the table would result in better policy without sacrificing federal enforcement goals. In the U.S., HHS is supposed to represent state and local health department interests in federal policy made by DHS, but it is unclear that it currently prioritizes that role.

But Congress, too, must find a way to demonstrate that public health is not a partisan issue. Mind-numbingly, the most recent Congress allowed funding to expire for the Pandemic and All-Hazards Preparedness Act, legislation first enacted in 2006 to help prepare the nation for pandemic flu and other public health emergencies. A reauthorization act is pending that would restore funding to help states respond to public health emergencies. May Congress take action soon for the safety of all, regardless of where we were born.