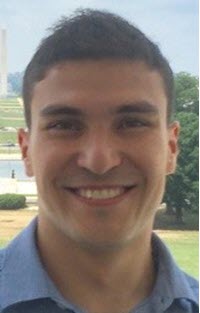 In 1896, Justice Harlan dissented against the "separate, but equal" doctrine established by Plessy v. Ferguson, saying,

[I]n view of the Constitution, in the eye of the law, there is in this country no superior, dominant, ruling class of citizens. There is no caste here. Our Constitution is color-blind, and neither knows nor tolerates classes among citizens. In respect of civil rights, all citizens are equal before the law.

It took the Supreme Court over sixty years to finally overrule the "separate, but equal" doctrine in Brown v. Board of Education, but only twenty-one years later in 1975, the Court itself established another doctrine that downgraded people of Hispanic origin to second-class citizens.

In United States v. Brignoni-Ponce, the Supreme Court sanctioned the use of "apparent Mexican ancestry" as a valid factor in an immigration law enforcement officer's analysis on whether to detain a suspected undocumented immigrant because "[t]he likelihood that any given person of Mexican ancestry is an alien is high enough to make Mexican appearance a relevant factor." Through the years, this ethnic classification has evolved without any explanation in the courts into its current vague and all-encompassing form: "Hispanic appearance." This unclear and over-generalized ethnic classification is still widely used today by the United States Border Patrol (USBP) in their immigration investigatory stops and upheld on a daily basis by federal courts around the country, especially those courts located in the southern border.

The "Hispanic appearance" classification must raise concerns for all people of Hispanic origin and minority groups around the country. Both 8 U.S.C. § 1357 and 8 C.F.R. § 278.1 authorize USBP to conduct immigration investigatory stops of individuals suspected to be aliens within a 100-mile border zone along the United States border. While most of the immigration investigatory stops take place within the southern border, the 100-mile border zone extends the USBP's authorization to conduct these stops within 100 air miles of the Canadian border, the Atlantic, Pacific, and Gulf coasts, as well as within the perimeters of Alaska and Hawaii. According to the American Civil Liberties Union, "[r]oughly two thirds of the United States population lives within the 100-mile border zone[,] ... [t]hat's about 200 million people." As these figures suggest, USBP officers patrol more than just the border.

Although the USBP's mission of finding and locating undocumented immigrants has been an issue for the agency since its inception, the recent harsh immigration policies of the Trump Administration have sparked fear in immigrant communities nationwide. Under the Obama Administration, immigration law enforcement agencies were previously instructed to prioritize locating and deporting undocumented immigrants with criminal backgrounds. However, the Trump Administration now has issued new guidelines to these agencies that empower them to "target, detain and deport any of the millions of immigrants currently in the United States without documentation, including those without past criminal convictions." In addition, some of the Trump Administration's objectives in immigration law enforcement include recruiting 5,000 new USBP officers by lowering their hiring standards and "[i]ncreas[ing] northern border security."

On their face, these policies seem to only target undocumented immigrants nationwide. However, the reality is that immigration law enforcement agencies currently enforce these policies in a way that also harms U.S. citizens and documented immigrants from minority groups. Current enforcement of these immigration policies harms members of minority groups because of deeply flawed and outdated legal standards--like the Hispanic appearance classification--that should not persist under today's vastly different circumstances.

TSA pre-boarding screening checkpoints usually follow the same security procedures in every airport in the United States. Travelers wait in line with their carry-on luggage along corridors formed by retractable belt stanchions to be called by TSA officers at their podiums. Once at the podiums, travelers must show a form of identification and their airline tickets to the TSA officer before proceeding to the conveyor belt, where travelers place their belongings--including their shoes--and proceed to an x-ray scanner. After successfully passing through these security procedures, travelers proceed to a boarding gate and board their flight. However, some airports located near the U.S.-Mexico border are different from other airports around the country in that USBP officers are stationed at these TSA checkpoints. Officers position themselves between the TSA podiums and the conveyor belt, and they take advantage of the compulsory circumstances of the TSA checkpoint environment to conduct their own "random" immigration investigatory stops on unsuspecting travelers. With an upcoming surge in recruitment for USBP officers and a harsher enforcement of these immigration policies, potentially all airports in most major U.S. cities within the 100-mile border zone will have USBP officers stationed at their TSA pre-boarding screening checkpoints, who will be authorized to arbitrarily stop and harass millions under the pretext of border security.

Part I briefly discusses the history of the USBP and its focus on Mexican and Hispanic immigrants.

Part IV argues that the USBP's immigration investigatory stops at TSA pre-boarding screening checkpoints are unreasonable under the Fourth Amendment because of the compulsory conditions of the TSA checkpoint and the manner by which USBP officers conduct these stops.

In Brignoni-Ponce, the Supreme Court intended to reduce the risk of arbitrary and abusive immigration investigatory stops against people of Mexican origin, but paradoxically, it ended up sanctioning the USBP's discriminatory practice of enforcing immigration law enforcement by means of an individual's ethnicity. Once the Supreme Court sanctioned the USBP's ethnic profiling, the classification later evolved into its current, more vague and imprecise form that correlated Hispanic origin with illegal immigration. Unsurprisingly, the government is now continuously suspicious of people of Hispanic origin and constantly throws their citizenship into question. Even after nearly seventy years since the legal doctrine of "separate, but equal" was abolished, the government still treats people of Hispanic origin as second-class citizens because of the outdated, extremely flawed, and stereotypical "Hispanic appearance" factor that is still enforced and alive today. Moreover, the term's imprecise and obfuscated definition, combined with the broad subjectivity with which USBP applies it, puts the populations of minority groups at risk of the same arbitrary and abusive treatment.

No better example illustrates the insidiousness of the use of the "Hispanic appearance" than the USBP immigration investigatory stops at the TSA pre-boarding screening checkpoint. Before conducting these immigration investigatory stops on travelers, USBP officers need reasonable suspicion. USBP details at TSA checkpoints are not functional equivalents of the border and do not fall under the border search exception because the dwellings of airports are neither international ports of entry nor functional equivalents of the border--with the exception of the dwellings of airports where incoming international flights arrive after a nonstop flight from foreign country. Furthermore, the presence of USBP details at the airport are not domestic fixed checkpoints because, although their purpose is similar, core features of domestic fixed checkpoints that characterize the immigration investigatory stops conducted there are not present at the airport.

Hence, USBP officers conduct these immigration investigatory stops in a manner resembling or matching roving patrols, and therefore, USBP officers must obtain sufficient objective articulable facts that satisfy the reasonable suspicion standard before conducting the stops. However, USBP officers cannot possibly obtain sufficient reliable objective articulable facts that amount to reasonable suspicion according to the Court's standard in Brignoni-Ponce because of the particular compulsory conditions present at the TSA checkpoints at these southern border airports. Moreover, none of these interactions between USBP officers and travelers are objectively consensual because whenever travelers enter a TSA checkpoint, they are effectively "seized" under the Fourth Amendment. Accordingly, USBP officers "free-ride" on the TSA checkpoint's compulsory conditions when they interact with travelers to purposefully elicit answers from them about their immigration status or to obtain sufficient information from them to conduct a valid immigration investigatory stop, and therefore, travelers have no option but to relent to the USBP officers' requests for fear of legal consequences.

The Supreme Court must overrule the "Hispanic appearance" classification pursuant to the Equal Protection Clause and hold that the USBP immigration investigatory stops at TSA pre-boarding screening checkpoints in the southern border are unreasonable under the Fourth Amendment. These legal issues must raise great concern around the country because nearly all major U.S. cities are within the "reasonable distance" designation of 100 air miles of the border, and if the Trump Administration one day decides to station USBP details in all of those cities airports, the Fourth Amendment rights of millions of U.S. citizens and legal aliens that are members of minority groups will be violated on a daily basis.