Quieting the Court: Lessons from the Muslim Ban Case 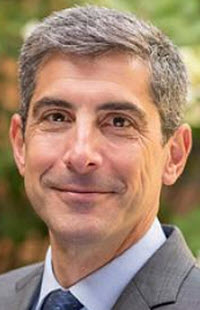 Civil-rights attorneys have long sought refuge for their clients in court when government action threatens people's constitutional rights. Advocates look to an independent judiciary to act as a check on the political branches, curbing majoritarian excesses. But in the national security realm--particularly at the Supreme Court stage--good intentions and high expectations often lead to negative, long-term consequences for the very people and principles their advocates seek to protect. The proposed opposition to litigating is thus both specialized and opportunistic--very much “a sometime thing” at protecting minority and immigrant rights in the national security context.

Since the 9/11 terrorist attacks, the Supreme Court has issued opinions that generally endorse the government's national security policies and practices, including, but not limited to, long-term detention, abusive security measures, and criminalizing the teaching of international humanitarian law. Rather than serve as a check on the President and his invocation of foreign affairs powers and execution of counterterrorism policies, the Court's opinions--even the “wins”--often legitimize the President's actions. Civil-rights advocates thus do not simply “lose” national security cases in the Supreme Court. By vindicating national security policies, the Court provides precedents for the political branches and the judiciary to follow and build on in the future. These opinions embolden aggressive counterterrorism actions, with potential spillover into domestic contexts far removed from national security and foreign affairs. The government and courts may thus seek to leverage The Muslim Ban Case--an opinion about the President's extensive authority to limit the entry of aliens to the country--to broaden presidential powers as they relate to policies within the United States and weaken individuals' antidiscrimination protections.

The Trump presidency heightens concerns that judicial validation of belligerent national security polices is likely to increase in the coming years for at least three reasons. First, President Trump acts with less restraint than prior presidents, adopting policies that both aggressively curtail constitutional rights and rely on expansive Article II theories of a powerful Executive. The Muslim ban proclamation is a prime example. Second, President Trump's two Supreme Court appointments--Brett Kavanaugh and Neil Gorsuch--will likely cement for a generation the Court's deferential national security posture of negligibly limiting the Executive. Third, President Trump has overhauled much of the federal judiciary, naming numerous judges to the lower courts who are not likely to sympathize with civil-rights attorneys when it comes to the government's stance on national security. Civil-rights advocates, however, cannot simply capitulate to government policies that target and harm immigrants and minority groups.

Litigation may serve as a necessary corrective to executive overreach and curtailment of marginalized groups' civil liberties. Filing lawsuits at the early stages of the Muslim ban rollout enabled thousands of people to enter the United States and forestall their forcible return to other nations. Civil-rights groups have seen their prominence rise, largely due to their ramped up litigation efforts against Trump. But in litigating, these organizations may want to consider approaches that avoid constitutional issues in favor of statutory claims. In fashioning such claims litigants may avoid precedents with wider constitutional repercussions and confine holdings to respective legislation. They also may want to prioritize individual clients over impact litigation and policy challenges, seek out settlements, and forego appealing to the Supreme Court should they lose in lower courts. Ultimately, however, civil-rights advocates should not limit their appeals to the courtroom.

Civil-rights advocates must not abandon litigation as an advocacy tool, but they should explore other means, concentrating, for example, on electoral efforts at both the congressional and presidential levels. Congress, as a political branch, may be better positioned to act as a check on the President. Indeed, in one of its less equivocal rejections of post-9/11 national security policies, the Court struck down the Defense Department's military commissions largely because it violated congressionally-passed Uniform Code of Military Justice provisions. On the other hand, Congress (especially a veto-proof majority) has rarely sought to restrain the President in his execution of national security related powers, deferring in a fashion similar to the judiciary. The indefinite and expanding nature of national security threats and the concomitant concentration and expansion of power in the executive branch demands civil-rights advocates' increased attention to the electoral process.

Advocacy groups should also continue to concentrate on local and group-minded expressions of dissent. The embrace of refugees and protests against the Muslim ban--often spearheaded by community and religious groups--offer a vision of American society distinct from the Court's highly statist and executive-led structure, which more often than not, discounts the rights of non-citizens. These extra-legal sources provide a more inclusive basis for a national identity, which may eclipse an entrenched-rights framework that disfavors marginalized groups, particularly immigrant populations in national security contexts.

This article contends that The Muslim Ban Case confirms the judiciary's endorsement of the executive branch's increasing aggrandizement of power in the national-security and immigration context, resulting in violations of non-citizens' freedoms and interests. In seeking to vindicate non-citizens' rights in court, litigants instead may invite the Supreme Court's validation of executive branch policies. Rather than run to the courts, this article argues that advocates should explore varied approaches outside litigation that channels a broader understanding of national identity that might embrace foreign family members and refugees.

Part I addresses the case against litigation, by examining how The Muslim Ban Case is no aberration, but rather is the product of a national security jurisprudence upholding executive branch polices and is a harbinger of future judicially validated civil-rights violations. Part I also addresses several problematic aspects shared by The Muslim Ban Case and other national security cases, which illustrate the danger of the Supreme Court's review.

Part II considers legal scholarship cautioning against advocacy that relies heavily on litigation. Part II also discusses how legal advocacy groups in Israel and the Occupied Palestinian Territories either abandoned litigation or considered doing so after they found that the Israeli High Court of Justice legitimated the government's occupation policies and practices.

Part IV addresses the case for litigation in the face of these specific and general concerns. Part IV proposes several strategies civil-rights advocates and attorneys should consider when weighing and waging litigation in the national security context. Part IV concludes with a series of extra-judicial advocacy proposals, which includes an alternative framework to the confining legal rights model that litigants invariably adopt in court.

Surveying the Supreme Court's opinions during wartime, Chief Justice Rehnquist said: “While we would not want to subscribe to the full sweep of the Latin maxim--Inter Arma Silent Leges--in time of war the laws are silent, perhaps we can accept the proposition that though the laws are not silent in wartime, they speak with a muted voice.” That is one view--a decidedly judicial view, entrenched in legal schema that favor a powerful executive and ignore marginalized victims. It is a judicial posture that has enabled the Court to embrace nationalistic xenophobia and racism in the name of security. But revising litigation and advocacy approaches to incorporate multiple perspectives of identity, community, and the state may overcome that judicial and legal stasis. Thus, in order to best preserve and protect marginalized group members' liberty interests--including such universal and American values as religion and family--advocates should not quit the Court, but quiet its voice.