Give Me Your Tired, Your Poor, Your Huddled Masses: an Overview of the Immigration System and Chevron Deference

Excerpted From: Gilbert Alexander Cotto-Lazo, Give Me Your Tired, Your Poor, Your Huddled Masses: an Overview of the Immigration System and Chevron Deference, 99 Oregon Law Review 419 (2021) (132 Footnotes) (Full Document) 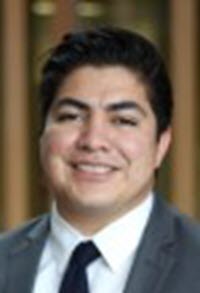 Cold and sleep-deprived, Franklin, an eleven-year-old Honduran boy, was woken up by guards at 3 a.m. and fed cold, raw ham. Subjected to jail-like conditions, Franklin and his seven-year-old brother, Byron, were separated from their mother for nearly a month and a half, ultimately reuniting in New York while the family's asylum case was being processed here in the United States. As unfortunate as Franklin's experience was, one would hope that it was an isolated and rare incident, but the general public came to learn that by May 31, 2018, approximately 2,000 migrant children from Latin America shared Franklin's experience. With the swift backlash following these revelations, President Trump reversed course to nominally end family separation and avoid any further political fallout.

True to form, however, President Trump did make some statements regarding the situation. Using Twitter, often a vehicle for his rhetoric, President Trump stated that “criminals” employ the tactic of using children to gain entry to our country, and he laid blame on “Democratic legislation.”

Children are being used by some of the worst criminals on earth as a means to enter our country. Has anyone been looking at the Crime [sic] taking place south of the border, [sic] It is historic, with some countries the most dangerous places in the world. Not going to happen in the U.S.

Separating families at the Border [sic] is the fault of bad legislation passed by the Democrats. Border Security [sic] laws should be changed but the Dems can't get their act together! Started the Wall [sic].

Though it is difficult to respond to the volume of misleading and overwhelmingly unsupported statements by President Trump in those tweets, one fact is clear: on April 6, 2018, Jeff Sessions, then Attorney General, directed “all US. Attorney's Offices along the Southwest Border” to implement a “new 'zero-tolerance policy,”’ which amounts to a directive to prosecute all Department of Homeland Security (DHS) referrals of “attempted illegal entry and illegal entry into the United States by an alien.”

President Trump's immigration policies served as the catalyst for the humanitarian crisis that marred the Trump administration during and following the midterm elections in 2018. This period in U.S. politics demonstrated that an overwhelming majority of the US. public denounced this approach to immigration.

Indeed, that the Trump administration is able to punitively separate children from families at the border only highlights the fact that an administration willing to take such measures could not do so but for the structural failings of the immigration system. These structural failings stem from three main categories: (1) the credible fear interview; (2) the discretion of the Attorney General; and (3) the current jurisprudence of Chevron deference in immigration law.

In the following four Parts, this Article will make three arguments: (1) that structural administrative flaws--namely, the interview of each person seeking asylum and agency review of that interview--result in deprivation of due process rights of migrants; (2) that these same structural flaws are compounded when the judiciary grants agency deference to administrative decisions; and (3) that where political accountability severely undermines a particular agency's expertise, such as in the immigration context, deference should either be amended from its current form or not afforded at all.

Part I examines the history and current structure of immigration, asylum, and refugee laws in the United States as they pertain to modern-day immigration issues. Part II provides a historical overview of agency deference and its current role in the immigration context. Part I highlights the structural issues resulting from both the administrative state and agency deference and proposes potential solutions. Lastly, the Article concludes by reviewing the argument.

In short, immigration in today's political discourse is extremely divisive, and a prevailing reason for this is the structure of the immigration system. Regardless of political stance, a humanitarian crisis where vulnerable refugees are harmed should not be a result of any system under the rule of law. However, the structure of the immigration system allows for a xenophobic administration to abuse its power at the cost of human suffering. Because the agency conducting the interview for asylum and the courts reviewing the same claim both answer to the President, a President can upend a system only weeks into a new administration. Moreover, the Attorney General's broad discretionary power makes meaningful change within the system unlikely.

Accordingly, the solution that would most adequately address the failings of the current immigration system would be for Congress to establish an Article I immigration court system. Also, video recording of asylum interviews would present a more accurate depiction of what qualifies a refugee for asylee status before an immigration judge. Additionally, creating an office of the commissioner within the new immigration court system would function as a backstop for denied claims that would otherwise be viable.