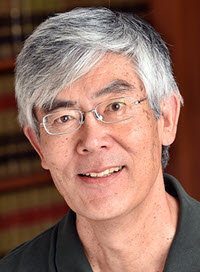 Every scholar, writer, and observer must strive constantly to balance knowing something very well and not letting that knowledge be so confining that it inhibits understanding and wisdom. Some fields of law are so complex in fact and so exceptional in reputation that they inspire and reward specialization. Immigration law is such a field, but specialization brings the risk of tunnel vision and failure to appreciate fully the significance of what one comes to know. At the same time, a field as complex and exceptional as immigration law is a trap for scholars in other fields who parachute in, only to discover that their familiar conceptual frameworks find little traction or lead them into the blunders of dilettantes.

Some of the most valuable legal scholarship combines deep knowledge of an area of law with a breadth of understanding and vision that mines the broader lessons that the particular area has to offer. To be concrete, what can immigration law tell us about American public law in general, and what can American public law in general tell us about immigration law? From this perspective, The President and Immigration Law, by Professors Adam B. Cox and Cristina M. Rodríguez, is an essential example of this kind of valuable scholarship. By building a bridge between immigration law and U.S. administrative and public law more generally, it makes a major contribution in both fields.

As its title promises, the book analyzes the authority of the President of the United States to shape immigration law and policy. It is conceptually coherent and written with clarity and elegance. Even when Cox and Rodríguez cover ground that will be familiar or intuitive to many readers, they find subtlety and new meaning.

The President and Immigration Law makes two substantial contributions to scholarship and policy analysis. One contribution is its nuanced and persuasive historical account of the rise of presidential power over immigration. The other is its analysis of the current relationship between Congress and the President as “co-principals” in making immigration law (p. 193). Grounded in exhaustive research supplemented by interviews with former high-ranking executive branch officials, the book's framework and analysis are illuminating. Cox and Rodríguez offer much that is thought-provoking--even to readers who do not agree fully with the authors' historical account, analysis of the current situation, or prescriptions for the future. Virtually every page delivers arresting insights and probing questions.

The book's analytical architecture has two dimensions. The first is temporal; Cox and Rodríguez look back at the past and ahead to the future. Their retrospective explains how presidential immigration power evolved from the late eighteenth century through its great expansion in the late twentieth century (pp. 17-46) to its current scope. The book also looks ahead to the future, exploring reforms that can mobilize the virtues of presidential power while curbing its vices (pp. 238-47).

The second dimension of The President and Immigration Law is geographical. Cox and Rodríguez show how Presidents have exercised their immigration power outward--at the border and beyond. Relying on several federal statutes, Presidents have sometimes opened the border to certain newcomers and at other times barred certain others. Cox and Rodríguez also show how Presidents have exercised their power over immigration inside the United States, especially through domestic immigration enforcement. The source of this power is not specific statutes but rather a massive immigration enforcement system marked with vast discretion to deport noncitizens, or to leave them be (pp. 79-130).

For all of its many virtues, then, the book does not engage fully with the international aspects of the migration-related challenges that Presidents are likely to face in the coming years and decades. Events and trends outside U.S. borders--war, civil unrest, and climate change, to mention just a few--are likely in the future to influence migration to the United States even more than they do today. Put differently, Cox and Rodríguez analyze the President's immigration power inside the United States much more completely than they analyze the President's outward-facing power. This asymmetry is puzzling, given the ambitious scope of their analysis in other respects, and especially given the prominent exercise of this outward-facing power in the Trump Administration. I will explain why this quadrant is incomplete, why it matters, and what else it might have said.

Part I of this Review examines the book's historical account of presidential immigration power as it operates internationally at the border and beyond. This account is a very valuable part of Cox and Rodríguez's analysis. Part II assesses the book's treatment of presidential power in the context of domestic enforcement. Here, Cox and Rodríguez find new, broader meaning in arguments and analyses that may seem familiar. Part III concludes by suggesting why and how the future of presidential immigration power will most likely return to its international origins more than Cox and Rodríguez acknowledge. In the future, the most significant presidential decisions in responding to migration will probably not be domestic. They are more likely to be outward-facing decisions that influence the conditions that cause people to migrate, not just from their countries of origin but also through countries of transit to the United States and other destinations.

My call for attention to international arrangements brings this Review full circle, back to the book's discussion of the historical period when the President's interventions in matters of migration were rooted in the President's power over treaties. In the coming decades, the outward-facing exercise of presidential immigration power is likely to become more important than it seems today. Presidents will act not just through parole and suspension but, perhaps more importantly, by entering into arrangements with other countries to address migration. The President's immigration power may be returning to the international sphere where it first emerged. This shift may make limiting the excesses of presidential immigration power an even more daunting challenge than it is today. Meeting this challenge starts by recognizing its complexity. The President and Immigration Law takes the first essential step on this path.