This Is (Not) Who We Are: Korematsu, Constitutional Interpretation, and National Identity

Excerpted From: Mari J. Matsuda, This Is (Not) Who We Are: Korematsu, Constitutional Interpretation, and National Identity, 128 Yale Law Journal Forum 657 (January 30, 2019) (119 Footnotes) (Full Document) 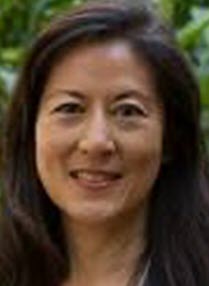 We are charged with the task of witness in these, the most perilous of times. We should watch and commit to memory what we see because from this cauldron of hate and unprecedented resistance to hate we will emerge in a new reality, either immersed in exultant acknowledgment of our shared humanity or descended into one of fascism's many hells.

I write because I know where I intend to end up. As this Essay goes to press, bear witness: a white supremacist, who believed Jews are funding immigrant hordes to take over “his” country, brought a weapon of war to Shabbat services. In the days following the carnage at the Tree of Life synagogue, young people were arrested sitting shiva in the streets, demanding that their government denounce white supremacy. Days earlier, a white supremacist sent pipe bombs to Black and Jewish targets, and another attempted a slaughter at a Black church in Kentucky. When foiled, the Kentucky shooter moved on to kill Black shoppers at a Louisville grocery store. Nazis are shooting at us while we await state condemnation of white supremacists, and immigrant bashing is the diversionary tactic of choice deployed by the new authoritarians.

Bear witness: we saw children torn from their parents by the thousands at the border; babies incarcerated; toddlers appearing alone at legal hearings; children held in cages; children dying in custody; psychotropic drugs and sexual abuse handed out to children at private prisons we paid for. We witnessed, and many said as loudly as they could: “This is not who we are.” Even an administration that first argued for the deterrent value of child separation retreated when outrage came from within the Republican Party.

“This is not who we are” was useful rhetoric, appealing to common decency and the instinctual imperative to care for children. Mainstream organizations like the American Academy of Pediatrics stepped up, as though entering a public-policy ER. The doctors explained that sudden separation from trusted adults may inflict permanent neurological injury, particularly in the youngest children, and we received lessons on toxic stress and synapse destruction along with our daily news. Faced with the growing consensus that harming children was a national outrage, the Trump Administration backed down and a court order, still not effectuated, commanded the return of children to their parents. Good citizens rejoiced: infliction of trauma on children is not who we are.

In the hallways of Black Twitter, however, this rhetoric met its skeptical sisters. “Oh yes, this is exactly who we are,” the “sisters” said. What was the auction block, where children were sold like livestock while mothers moaned in agony? What was the genocide of Native Americans, the napalming of babies in Vietnam, the official indifference to police violence that terrorizes Black families, the rise of white supremacist murders, and a sitting President who refuses to condemn Nazis?

This is the blood-red mark trailing the economic and political ascendancy of the United States: the nation's wealth and power derived from kidnapping, torture, murder, and plunder. I intend no overstatement. This is simple fact. Bodies crammed in the holds of slave ships were the drivers of economic growth, building fortunes in finance, shipping, insurance, and all the infrastructure required to treat humans as items of international trade. Cotton and sugar, the commodities of growth, depended on slave labor, forced by the lash. The red stain of which I speak is actual. I have known in my lifetime a woman whose grandmother bared her back so her grandchildren could see and touch the crosshatch of scars left by the lash. This is living memory. It has touched many families for whom the thickened scars of the lash are a concrete reminder of America's raging cruelty.

Oh yes, this is indeed who we are. As the old sorrow song records, there are many thousands gone. This Essay sinks into a half-lit space between the evil we are clearly capable of and the perpetual aspiration for a self-definition that precludes evil. It argues that the recent formal overruling of Korematsu will change nothing without a commitment to ending white supremacy in all its iterations, and more significantly, without reinterpreting our Constitution to promote the ability of each member of a beloved community to thrive. Our Constitution declares who we are, and, as presently interpreted, it fails to stand firmly against white supremacy. This Essay is a call to give deep substance to our notions of equality and due process at a historical juncture that presents interpretive choices implicating our actual chances of survival on a warming planet.

Korematsu came out of fear: a nation at war, a long habit of hating Asians, a revved-up propaganda machine, an economic threat. Saying “never again” to racially motivated constitutional annihilation of citizenship means unlearning every practice and ideology of fascism and dismantling every material girder--including the daily unease workers live with in a winner-take-all economy.

The work of turning a cruel nation into a community of care is not impossible. Everywhere, the work is happening. Legions of feminist domestic violence workers have taught us how to end violence to women's bodies. They tell us we won't end violence without ending poverty. Women need options--education, housing, a living wage, childcare, paid family leave--in order to escape violence. And in the families where, “I love you, I just want the violence to stop,” has a chance of a good outcome, the helping hand of support, therapy, counseling, drug rehabilitation, and dignifying, intensive, culturally informed intervention is something we must demand for every family that wants it.

If we learn to do that at the ground level, we will become a nation that can act humanely at the macro level. Our lack of care for the chaos and poverty we have sown in other countries comes home. Investment in and restoration of countries we have harmed through war and exploitation would do more than any wall to reduce the refugee crisis, more than any drone attack to end the roots of terrorism. The hard work of taking hate out of our hands, dropping the weapons, and admitting our vulnerability and pain is the method of repair that can save our house. What we ask the batterer to do in order to stay in his home, we can ask ourselves to do as a nation.

We are learning the practice of evicting the batterer mentality. The Muslim ban brought hundreds to the airports in a citizen's emergency proclamation of outrage. Seeing immigrant children torn from their parents brought the stroller brigades to Congress. My old neighbors in Shepherd Park, D.C., headed straight down North Capitol Street to get arrested. People made constitutional interpretation their own responsibility, saying, “You can't do this, this is not what my America does, we won't let you get away with this.” Since January 20, 2017, millions have hit the streets in a historically unprecedented showing of opposition to hateful governance.

The question is joined. Peace-loving humanists take to the streets for democracy, while the backlash washes authoritarian bullies onto temporary thrones. The worldwide rise of racist nationalism has foregrounded the most immature versions of statecraft. The language is from the time of catapults and iron-studded clubs: We are better; they are bad. We deserve; they do not. Why waste time with the rule of law, the bully reasons, when evil gathers on the horizon?

We need better tools than the club and the snarl, given that we are at midnight on the global warming clock. In spite of all the inhumanity we are forced to witness, despite the carnage marking nearly every page of our history books, I know the vast majority of Americans would stop to help if they saw a child injured in the street. We are not a species that walks away when we encounter a child crying and alone. For every cruelty we have committed as a nation, there was resistance and condemnation from those who refused to turn away.

The true overruling of Korematsu is happening now. Those of us who want to live peaceful lives governed by humane practices and reliable guarantees of personhood are organizing ourselves to take back our country. The mistake in this historical moment is to ask for too little. There is no small tweak that can stop the march to annihilation. We need and will make a hugely generous nation that will treat violence against women as an emergency and call child incarceration an abomination. A nation that, mature in its recognition of mutual humanity and astute in its willingness to change, will rise to the challenge of dying reefs, killer hurricanes, and massive crop failure. We will no longer see power over as better than power with.

Our Constitution, with its intergenerational pledge to secure the blessings of liberty for ourselves and our posterity, is an invitation to do this work. Whose liberty, defined how? Everyone's. Every. Single. One. Upheld, promoted, and valued, so we can walk together with trust and loving determination as the seas rise around us.