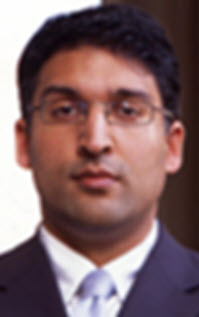 In 1944, Justice Jackson delivered an ominous warning to his colleagues on the bench and to the nation. By sanctioning the internment of Japanese Americans and upholding an exclusion order based on a “mere declaration” of “reasonable military necessity,” the Supreme Court's decision in Korematsu v. United States would “lie[] about like a loaded weapon ready for the hand of any authority that c[ould] bring forward a plausible claim of an urgent need.” For decades, Justice Jackson's warning has been characterized as a fear of the past or an alternate history that never came to be. Indeed, the Court's decision in Korematsu has joined the ranks of this country's most notorious antiprecedents-- textbook cases of judicial decision-making gone wrong that jurists of all stripes vow never to repeat. But on the eve of Korematsu's seventy-fifth anniversary, a majority of the Court brought to fruition what Justice Jackson predicted so long ago. Despite overturning Korematsu, the Court's decision in Trump v. Hawaii perpetuates the very-near-blind deference to the executive branch that led the Korematsu Court astray.

In her dissent, Justice Sotomayor explicitly spelled out the glaring similarities between the two cases move that garnered sharp criticism from some of her colleagues on the Court as well as commentators. According to her critics, Justice Sotomayor's Korematsu reference was not just inapposite but a rhetorical cheap shot. Yet a closer examination of the language and arguments in the two cases shows that Justice Sotomayor was on to something. The parallels between these two opinions are striking, both on the surface and in the underlying substance. And if the “court of history” tells us anything, these cases will share a similar legacy too. Hawaii will join Korematsu on the list of antiprecedents having “no place in law under the Constitution.”

In the ensuing pages, I lay out these parallels. The parallels were not ones that Justice Sotomayor discovered at the conclusion of the litigation. Rather, at every step of the Hawaii case, I was aware of them; indeed, I had a unique perspective on how bad Korematsu was for our nation. Six years before Donald Trump was elected President, I confessed error on behalf of the Solicitor General's Office for its conduct in litigating Korematsu. I knew firsthand the dangers of untrammeled executive power. Our amici and supporters knew this as well, so much so that my last physical contact before standing up to give the oral argument in Hawaii was the warm embraces in the Supreme Court chamber given to me by Senator Mazie Hirono and Karen Korematsu, the daughter of Fred Korematsu.

In the months since the Supreme Court's five-four decision and in the wake of the criticism of Justice Sotomayor, I've wondered whether those of us who litigated the case were unduly sensitive to the commonalities between Hawaii and Korematsu. In the end, the answer is no.

This Essay explains why. In Part I, I explain many of the surface-level similarities between the cases, such as the way in which the history and purpose of both governmental actions were laundered. Readers of the Hawaii majority opinion would have little idea about the terrible history of Trump's travel ban, including many of the anti-Muslim statements he had made over the years. As in Korematsu, it took the dissent to detail these buried facts at length.

In Part II, the Essay details how the surface-level similarities are eclipsed by a much more fundamental commonality between the two decisions: they are, at their root, decisions that place their unbounded trust in the President when he asserts military necessity. One way of putting the point is this: it was not hard for Chief Justice Roberts in Hawaii to overrule Korematsu in name, since he merely recreated its reasoning under a different appellation. The Court still has the same tool in its toolkit--it's just that the case now begins with a T.

For decades, Korematsu has been viewed as a cautionary tale. But until Hawaii, it had never been overturned--a fact that set it apart from its fellow antiprecedents. As a renounced decision still on the books, it served as a stark reminder of failed legal reasoning and the dangers of blindly adhering to the government's assertions. Given this legacy, it seemed only natural that in overturning Korematsu, the Court would strictly adhere to these lessons. After all, as Richard Primus articulately put it, “the court is the chief narrator of American constitutional history, so an ugly chapter from the past can never be fully closed until the court itself writes the better ending.”

Hawaii could have been that “better ending.” With hundreds of pages in the Joint Appendix, the Court had more than sufficient evidence to affirm the injunction on religious animus grounds. Unlike the hidden intelligence report in Korematsu, President Trump's anti-Muslim comments were littered across various media outlets, “plastered on the candidate's website,” and “staring everyone in the face.” And yet when given the chance to memorialize Korematsu's lessons, the Court instead made almost every mistake in Korematsu's playbook--it accepted the government's arguments at face value, deferred to the executive branch without ensuring that deference was warranted, and confined itself to a narrow review of the Proclamation, examining a “figmentary and artificial” case instead of the one actually before it. For these reasons, it will come as no surprise when, one day in the future, Trump v. Hawaii is eventually overturned. But let us hope that when that happens, the Court ends this line of cases for good, rather than resurrect it by another name.

Neal Katyal is the Saunders Professor of Law at Georgetown University, a partner at Hogan Lovells, LLP, and lead counsel for the State of Hawaii and other plaintiffs in Trump v. Hawaii.