“Other Non-whites” in American Legal History: A Review of Justice at War 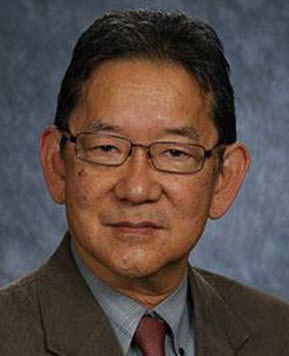 In January of 1983, Fred Korematsu, Gordon Hirabayashi, and Minor Yasui filed writs of error coram nobis in federal district courts in Washington, Oregon, and California to set aside their World War II convictions for criminal violations of curfew and evacuation orders. One of their lawyers is Peter Irons, a professor of political science at the University of California at San Diego. Irons' representation of Korematsu comes at a time when Japanese-Americans have begun to pursue aggressively a campaign not only to publicize a largely forgotten injustice but also to seek monetary compensation in redress.

In Justice at War, Irons demonstrates that the Justice Department and the Department of War were well aware that the Japanese-Americans on the West Coast did not constitute a serious security threat. He shows that not only was this information not presented to the Supreme Court, but discredited allegations of sabotage and spying by Japanese-Americans in Hawaii and California were submitted to the Court despite prosecutors' knowledge of their falsity (pp. 202-06, 279-84).

Irons focuses on the lawyers involved in these cases. The most compelling sections of Justice at War are the conversations of the various attorneys and judges, which Irons reconstructs using newly uncovered documents. Three subjects at the center of his account prove especially interesting: the differences between the Justice Department lawyers and those at the Department of War, the maneuverings of Roger Baldwin on behalf of the ACLU, and the conference discussions of the Supreme Court. While the book's detail occasionally makes reading tedious, this is a minor inconvenience as the inherent drama of the events draws the reader past such description toward the book's conclusion.

Irons' understanding of the Japanese-American concentration camps is straightforward. He condemns the camps, and seeks to show *1187 that as a result of prosecutorial misconduct in the cases that came before the Supreme Court, the Justice Department and the Department of War were involved in “a legal scandal without precedent in the history of American law” (p. viii). This condemnation of governmental and judicial conduct toward the Japanese has been shared by almost every legal writer examining the camps since 1944.

Irons' account, however, is ultimately unsatisfying. His essential problem is a failure to reexamine the events clearly and critically. First, the theme of ethical conflict among lawyers and the theme of the conflict between politics and law are not presented clearly, and prove inconsistent and confusing. The lawyers at times are reduced to morality play actors, either good or evil depending on whether they opposed or supported the camps. At other times, they are portrayed as facing legal ethical dilemmas which either remain unclarified or seem to be incorrectly stated. Similarly, when Irons refers to the “dominance of politics over law”, he simplistically uses law as an external source of ethical good that is contrasted with less wholesome electoral politics and bureaucratic infighting (pp. 45, 55, 269).

Second and more importantly, he fails to show how these events can be viewed in a broader scope. He presents history only as a product of individuals' actions, describing these events exclusively in terms of the actions of lawyers and judges. This approach to history extends particularly to his understanding of race. For Irons, racism is situated in the personal prejudices of the lawyers and officials involved. Viewing questions of race in American legal history in such a limited fashion is inadequate.

While Irons has added substantially to the body of material available to examine these events, his simple repetition of historical and legal conclusions is insufficient.

Thus, interpretation of the camp cases should involve an inquiry into the question of race in American legal history. Justice at War provides useful new information about the decisionmaking process which led to the camps, and such new information should bring with it deeper understandings. Unfortunately, Irons fails to provide such perspectives because his simplistic moral condemnation lacks the interpretive power to move us beyond previous commentaries. His historical vision similarly fails to move beyond individuals to institutional dimensions.

In 1944, immediately after its publication, the Korematsu opinion was seen as a serious threat to our civil liberties. Without suggesting that the threat to individual liberty is any less an issue today, we should continue to expand our inquiry into our governmental decisionmaking process. The work that remains is to better understand the racial component of that process. Perhaps when we genuinely confront how racially conditioned governmental actions take place, we may seriously ask whether or not we can avoid a repetition of the events of 1942.