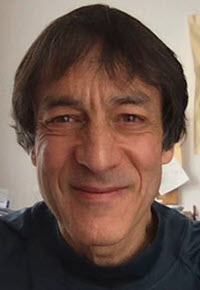 Recursive references to the causes and consequences of the World War II incarceration of Japanese Americans--such as George Takei's acclaimed Broadway musical, Allegiance--have cascaded in recent years across multiple domains, including politics, law, and popular culture. These references have emerged in direct response to current constitutional challenges over presidential authority, war powers, civil liberties, and white nationalism. Though I am not Japanese American, my interest in both the legacy of the incarceration, and more pointedly, the successful movement to gain redress and reparations from the United States government for Japanese American survivors during the late 1970s and 1980s, is two-fold. First, my interest stems from personal participation in Boston's redress movement during that decisive period. Second, it is informed by my access to Asian American Studies archival sources at the University of Massachusetts Boston (UMass Boston) and the University of California, Los Angeles (UCLA), each of which include relevant but under-studied Japanese American reference materials focusing on contributions by second-generation Nisei living in New England. This short essay highlights such neglected source materials and adds to the body of work on legacies of the Japanese American incarceration by revealing the unacknowledged significance of Boston-area contributions to the redress and reparations movement of Japanese Americans and their allies during a critical historical period of engagement.

One example of primary source materials informing this study is the Tetsuo Scott Miyakawa Papers special collection at UCLA (Miyakawa Papers). The premiere sociologist of his early Nisei generation, Scott Miyakawa was born in Los Angeles in 1906. The final thirty-five years of his post-war life and academic career from 1946 to 1981 were based at Boston University and my own university, UMass Boston. Miyakawa's pioneering sociological research and participant observation focused on the history and social organization of Issei living and working on the East Coast United States. He documented some of this important empirical research in his ground-breaking 1972 article on early Issei merchants in New York, though a much larger corpus of work is available through the Miyakawa special collection in UCLA's Charles E. Young Research Library. The Miyakawa Papers is an especially valuable archival collection for twentieth century Japanese American history in Boston and New York.

Notably, Miyakawa also taught the first Asian American Studies course as a sociology professor at UMass Boston in 1973. I met Miyakawa in his UMass Boston office in February 1981, six months before his death. Given his pioneering importance to the Asian American Studies field in Boston and his esteemed elder status within the Japanese American community, I sought his advice regarding outreach for the April 1981 Boston film premiere of Hito Hata: Raise the Banner produced by Visual Communications and how best to link the showing with expanding local support for redress. Six years later, I began teaching the same Asian American Studies course he initiated--a course I have continued to teach at UMass Boston for over thirty years.

My initial interest in exploring the Miyakawa Papers during a research trip in 2016 was to gather documentation about the beginnings of Asian American Studies at UMass Boston. However, I quickly realized while going through his archived boxes of file folders and papers that Miyakawa not only participated in Nisei social, cultural, and educational events in New England, including redress activities, but he had also personally protested against the incarceration while living in New York during the war years. For example, Miyakawa's own curriculum vitae as a UMass Boston professor listed responsibilities carried out in 1942-43 for the New York Emergency Committee for Japanese Americans and the Japanese American Citizens League, New York ôto help counter the pro-evacuation propaganda of the West Coast racists.ö

In addition to the Miyakawa Papers and my personal files, I also draw on relevant source materials housed in archives of both the Asian American Studies Program and Institute for Asian American Studies at UMass Boston. Archival materials informing this essay primarily relate to the histories of the New England Nisei (NEN) social organization and the Japanese American Citizens League--New England (NEJACL) chapter as well as the history of local community organizing that led to the 1981 Boston hearing of the Commission on the Wartime Relocation and Internment of Civilians (CWRIC). Throughout the remainder of this essay, I offer insights and examples gleaned from these files.

At a time when contemporary threats of ôracial prejudice, wartime hysteria, and a failure of political leadershipö eerily echo those historic motive forces for Executive Order 9066 identified by the CWRIC, the voices and activities of Boston-area Nisei offer modest but much-needed insight and inspiration. The process of sustaining a coherent and connected postwar Nisei identity amongst a physically dispersed community in New England is, in and of itself, a remarkable accomplishment that prior studies of post-war Japanese American communities have not documented. Moreover, the persistence of organizations such as the NEJACL and NSRCF and their commitment to annual gatherings such as the Osh gatsu new year celebration established originally by NEN offer relevant lessons for newer communities of color and other Asian American populations in metro Boston that have similarly experienced collective historical or cross-generational trauma.

Finally, as unprecedented steps towards reparations for American descendants of slavery begin a pathway through the US Congress, Boston's role as a highly engaged site in the process to gain Japanese American redress during the decisive decade of the 1980s underscores the importance of accounting for a wider range of participants and actions than previously recognized in the redress literature. Therefore, exploring Asian American Studies archives dedicated to examples of Nisei in Boston suggests the importance of developing even greater nuance in strategy and tactics in order to address the daunting legal and political challenges that accompany today's demands for reparations and historically-accountable racial justice.

Dr. Peter Nien-chu Kiang (<>) is Professor and Director of the Asian American Studies Program at the University of Massachusetts Boston.