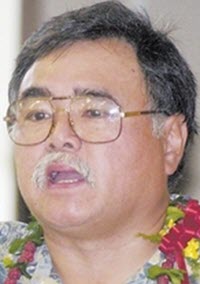 Just as Alice was trapped in the logical fallacy of the “false dilemma”ùtwo choices are given, in a situation in which more than two choices existùso too were Hawaiians forced to conform and to redefine themselves consistent with a legal doctrine constructed entirely by the racial assumptions and categories of a “colorblind” Court. In fact, however, the reality of Hawaiian lives, history, and remedy was very different. Fortunately, Alice was able to wake from her dream of this parallel “mad” universe. Unfortunately, there is no waking from what the current Court has wrought.

There are a number of classic cases in racial jurisprudence which tortured arbitrarily constructed, binary racial categories to conform to the desired racial imperatives of the times. For example, in People v. Hall, the California Supreme Court decided that Chinese were “Negroes” to exclude their testimony. In Ozawa v. United States, the Supreme Court concluded that the “free white persons” eligible for naturalization were to be defined solely as Caucasians. Yet, that very same year, the Court in United States v. Thind held that a South Asian of Caucasian racial stock was not the kind of Caucasian included in the term “white person,” and therefore was ineligible for naturalization. In the now infamous Plessy v. Ferguson case, the petitioner who was seven-eighths Caucasian was classified under the hypodescent rule as being “colored.”

In hindsight, these decisions had less to do with the limitations of jurisprudential decisionmaking than with the manner in which particular courts approached the racial status quo and the need these judges perceived to maintain the existing racial order of white dominance and privilege. The binary construction within their discourse was simply a potent means to that end.

The binary box the Court constructed in Rice v. Cayetano was in response to a challenge to the voting scheme for the election of trustees of the Office of Hawaiian Affairs (“OHA”). That arrangement limited voting to Hawaiians, defined by law as descendants of the inhabitants of the Hawaiian Islands prior to 1778. The petitioner, Harold “Freddy” Rice is a Caucasian rancher who traces his family's roots in Hawai∞ back to the “mid-nineteenth century.” Rice brought suit claiming that these voting limitations violated the Fifteenth and Fourteenth Amendments, which prohibit discrimination on the basis of race. The respondents, including OHA as an amicus, countered by arguing that the voting limitation was not racial, but rather a limitation that flowed from a recognition by the United States of its political relationship with aboriginal peoples and its long history of granting special rights and protections to such people based upon the fact that they once owned land now part of the United States.

These articulated distinctions were crucial since the final determination of the case hinged upon whether the voting issue was defined as one which implicated racial categories and unwarranted racial discrimination or whether the issue involved the special status of indigenous peoples.

It is my thesis that there is, in fact, a fundamental relationship between the notion of racial categories and the legal argument that indigenous peoples, such as Hawaiians, have a special political status and relationship with the United States. Indeed, doctrinal insistence upon the artificial separation reflects the superficiality of the Supreme Court's racial jurisprudence. This Article's initial premise is that the special political status of native Hawaiian people stems from the racial and cultural subordination inherent in their colonization and the longstanding assault on their sovereignty. Discussions of race, culture, and subordination are, therefore, inseparable from any analysis of the harms to this indigenous people that resulted from a loss of sovereignty.

The primary purpose of prohibitions against racial discrimination contemplated by the Fourteenth and Fifteenth Amendments was to remove racial barriers to full and equal participation in the polity by American racial groups who identify themselves as rooted in the sovereignty of the American nation. This goal is entirely different from governmental programs instituted to rectify harms to a group of people resulting from the forcible loss of their independence and from the colonization foisted upon them by the American nation. Thus, any consideration of Hawaiian claims to recognition and reparation is fundamentally different from the consideration of claims of other American racial and ethnic communities. Such claims should be considered separately. The application of traditional Fourteenth Amendment strict scrutiny analysis to Hawaiian sovereignty issues is both misplaced and destructive, not only to Hawaiian people but also to people of color as a whole. The failure to engage in deeper dialogue about the ways in which race and the political status of indigenous people intersect leads to confusion at best, and often much worse. It also deepens the misunderstanding of both phenomena.

The arbitrary doctrinal separation of “race” and “special political status,” forced upon indigenous people and people of color by the current Court's approach to race, is yet another example of how “neutral” legal doctrine continues both to create and to exacerbate racial and social inequity.

Part II explores the narrative of the Supreme Court's decision in Rice v. Cayetano. It examines how Rice constructs whites as the inevitable and rightful rulers of Hawai∞.

Part III explores the doctrinal interrelationship between race and the political status of indigenous peoples in the context of the Fourteenth Amendment's equal protection clause.

It is important for me to acknowledge at the outset that, as a non-Hawaiian, I hardly have standing to dictate any solution to the difficulties the Hawaiian people face in their struggle to reestablish sovereignty. Those solutions are for the Hawaiian people to decide for themselves. Rather, this Article critically examines how the limitations imposed by the Supreme Court's decision in Rice, and the biases imbedded in the law itself, impinge directly on the freedom and dignity not only of the Hawaiian people, but also of all subordinated groups and peoples.

Assistant Professor of Law and Director of the Pre-Admission Program, William S. Richardson School of Law, University of Hawai∞-Manoa.