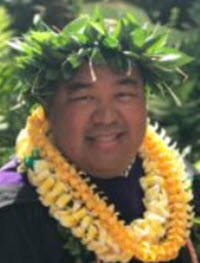 From time immemorial, Native Hawaiians, the aboriginal peoples who settled the isolated Hawaiian Archipelago surrounded by the vast Pacific Ocean, have lived and prospered. These peoples provided the foundation of a nation that exercised sovereignty over these islands. This jurisdiction has had several titles: first, the Hawaiian Kingdom, a constitutional monarchy; then, the Republic of Hawai'i; next, the Territory of Hawai'i; and now, the State of Hawai'i. The eight major islands, spanning approximately 4,126,000 acres, are comprised of Hawai'i Island, Maui, Lana'i, Kaho'olawe, Moloka'i, O'ahu, Kaua'i, and Ni'ihau. An additional 124 smaller islands and atolls, extending up to the Northwestern-most point of H lanik (“Kure Island”), provide 254,418.10 acres to the recorded total. In 2006, this area was designated and became more widely known as Papahnaumokukea Marine National Monument.

Immediately prior to the 1893 illegal overthrow of the constitutional monarch Queen Lydia Kmaka'eha Lili'uokalani Dominis (Queen Lili'uokalani), these lands of Hawai'i experienced many changes. The indigenous people did not understand or fully comprehend the Western concept and value of land. Professor Jon M. Van Dyke noted that under the traditional system, “[t]he 'ina could not be owned, or even really possessed, in the way westerners view private property. Instead, the Ali'i and maka’inana cultivated a relationship with the 'ina based on different values.” Theirs was a complex and rooted culture based on subsistence and sustainability. These values are evidenced in “[a]loha 'ina (love and respect for the land) and mlama 'ina (taking care of the land).” Native Hawaiians relied on partnerships and relationships built from reliance on each other for food, shelter, clothing, and ultimately, some semblance or sense of security. When Western contact occurred in 1778, life as Native Hawaiians knew it irreparably changed.

The fruits and the seeds that his ... actions planted sprouted and grew, and became trees that spread to devastate the people of these [Hawaiian] islands:

1. Gonorrhea together with syphilis.
2. Prostitution.
3. The false idea that [Cook] was a god and worshipped.
4. Fleas and mosquitoes.
5. The spread of epidemic diseases.
6. Change in the air we breathe.
7. Weakening of our bodies.
8. Changes in plant life.
9. Change in religions, put together with pagan religions.
10. Change in medical practice.
11. Laws in the government.

Over the approximately 115 years from the moment of initial contact until the overthrow of the sovereign and rightful government of the Hawaiian Kingdom, the vibrant life Native Hawaiian people had created was shaken to the core.

Fast-forward to October 14, 2016, when the U.S. Department of the Interior (DOI) issued its final rule (“DOI Rule”) entitled “Procedures for Reestablishing a Formal Government-to-Government Relationship with the Native Hawaiian Community.” Issuance of the DOI Rule followed many attempts to create federal legislation addressing this formal relationship, primarily at the behest of then-Senator Daniel K. Akaka. The DOI Rule established the “administrative procedure and criteria that the Secretary would use if the Native Hawaiian community forms a unified government that then seeks a formal government-to-government relationship with the United States.” The summary of the rule goes on to state: “Consistent with the Federal policy of self-determination and self-governance for indigenous communities, the Native Hawaiian community itself would determine whether and how to reorganize its government.”

The concepts of self-governance and self-determination have been points of contention for many in the Native Hawaiian community over the succeeding generations since Queen Lili'uokalani was dethroned and imprisoned for treason, leading to the overthrow of the sovereign monarchy. In light of the federal DOI Rule addressing the government-to-government relationship between Native Hawaiians and the United States, this Article suggests that the land base of the organized Native Hawaiian governing entity, the Native Hawaiian Nation, should be based substantially, if not wholly, on the former crown and government (ceded) lands that were summarily seized at the time of Hawai'i's annexation in 1898.

The history of Native Hawaiians is rich with innovation and growth and imbued with spirit. Thus, it is a further purpose of this Article to support and provide a workable roadmap of next steps for the Native Hawaiian Nation. Once the monumental task of establishing the government-to-government relationship is complete, there are several obstacles that must be navigated in order for Native Hawaiians to fully embody self- governance and exercise self-determination. Under international law, these rights are afforded to Native Hawaiians as “indigenous peoples” as defined in the United Nations' Declaration on the Rights of Indigenous Peoples (UNDRIP).

As a roadmap of this journey, Part I will provide a history of Hawai'i as viewed and interpreted through the lens of Native Hawaiian scholars, both legal and otherwise. These accounts evince where Native Hawaiian people have been and where they are currently through mo'olelo (“stories”), mo'ok'auhau (“genealogy”), and more recently, within the legal context. Furthermore, this Part will focus on key points in the history of Native Hawaiian Ali'i (“Rulers”), highlighting specific periods in history. It is in this Part that the Mhele (“land division”) of 1848, from which the “ceded” lands derive, will be closely discussed. Further history will be provided in order to give context to the reasoning behind the Native Hawaiian Nation's need to potentially access these specific lands.

Part II will address the federal DOI Rule with additional, in-depth discussion and a breakdown as to the stated requirements for federal recognition. Next, Part III will introduce and address federal Indian law, the legal framework to be applied when navigating the federal government-to-government relationship, as well as the options for land transfers that allow the Native Hawaiian Nation the land base from which to thrive and prosper. Further, Part IV will delve more in-depth into these options for land transfers.

Part V will present prior legislation and acts of Congress specifically addressing Native Hawaiian issues, the Office of Hawaiian Affairs, and the Department of Hawaiian Home Lands. Finally, Part VI will discuss and present potential next steps for the Native Hawaiian Nation once formal federal recognition occurs. This last Part will also address practical considerations and the realities of the current political climate, as well as the most recent and contentious confirmation of Brett M. Kavanaugh, the newest Associate Justice of the Supreme Court of the United States.

In the end, nationhood is identity. A nation's constitutions, laws, and elections are never more than symbols of the will of the people to think, worship, and behave as a people. We have lived long enough with the laws and rituals of others and, despite that, have survived. What might we do in a society where custom, law, and leadership reflect our own desires and aspirations? What old and new forms might we rediscover, what meaningful relationships might we recreate between humans and the earth, between the world of nature and the world of gods ...?

As aboriginal peoples of the Hawaiian Archipelago, acknowledged from time immemorial to time everlasting, Native Hawaiians will continue the journey of exercising their individual and collective cultural identity, self-determination, and self-governance by the will of the reestablished Native Hawaiian Nation. Indeed, Professor Osorio's words may well be prophetic as Native Hawaiians continue to stand on the shoulders of their ancestors--always looking forward, with deep and abiding appreciation for those who came before.

Lane Kaiwi Opulauoho is a May 2018 graduate of the University of Hawai'i at Mnoa William S. Richardson School of Law, earning his J.D. and the Native Hawaiian Law Certificate from Ka Huli Ao Center for Excellence in Native Hawaiian Law.