Not Because They Are Brown, But Because of Ea: Why the Good Guys Lost in Rice V. Cayetano, and Why They Didn't Have to Lose

Excerpted From: Gavin Clarkson, Not Because They Are Brown, but Because of Ea: Why the Good Guys Lost in Rice V. Cayetano, and Why They Didn't Have to Lose, 7 Michigan Journal of Race and Law 317 (Spring 2002) (253 Footnotes) (Full Document) 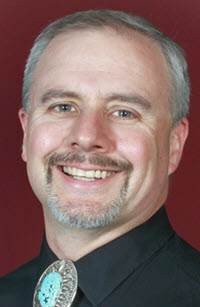 During its 1999 Term the Supreme Court heard a case directly involving the status of Native Hawaiians for the first time in its history. At issue was participation in the election of the board of trustees of the Office of Hawaiian Affairs (OHA), an agency that administers programs benefiting two subclasses of Hawaiian citizenry: “Hawaiians” and “Native Hawaiians.” The Hawaiian State Constitution limited the right to vote for the nine OHA trustees and the right to run in the statewide election for the position of OHA trustee to those two subclasses. The Court held that because the definitions of these subclasses were racial rather than political in nature, the voting restrictions violated the Fifteenth Amendment.

At first glance it appears that the rights of yet another group of indigenous inhabitants of this nation were trampled upon. A closer inspection of the case reveals, however, that the Native Hawaiians were instead victims of a constitutionally faulty remedial infrastructure that was based on their race rather than their inherent sovereignty as indigenous people. The crux of the majority opinion was that the voting restrictions were both racially defined and imposed by the State, and thus were constitutionally impermissible. Although the majority opinion does not elucidate acceptable alternatives, it implies that had the voting restrictions been based on membership in a Native Hawaiian political entity, and had that entity, rather than the State of Hawaii, been the administrator of the resources controlled by OHA, it is likely that the outcome would have been favorable to the Native Hawaiians. The constitutional defect identified by the majority was not an attempt to provide a measure of self-determination for Native Hawaiians but rather a faulty infrastructure that attempted to promote such self-determination as a function of race under the auspices of the State.

How this faulty infrastructure arose is in large part a function of history. Writing in dissent, Justice Stevens correctly admonished the majority that a proper decision required an understanding of the history of Native Hawaiians. As Professor Frickey notes: “In federal Indian law, lawyerly analysis that is devoid of broader historical and theoretical perspectives leads to misleading conclusions about the determinacy and substance of what the law 'is' [or 'was'] at any given moment.”

Part II of this Article therefore reviews the history of Native Hawaiians in the broader context of the history of federal Indian law, focusing on the vacillating congressional policies regarding Indians and how those policies almost always treated Indian tribes as political entities rather than ethnic communities.

Part III reviews and analyzes the procedural history of the Rice case and its resolution by the Supreme Court.

Part IV concludes with the argument that constitutionally-permissible alternative methodologies exist for accomplishing the same objective of self-determination for Native Hawaiians.

Whether arguing for the development of a new model or the application of the existing federal Indian model, the common objective remains the establishment of a Native Hawaiian political entity that can engage in government-to-government relations with the federal and state governments. Eventually the Akaka bill or some modified variant should pass, providing for the recognition of a collective political identity of Native Hawaiians. While their identity realistically will never be as a sovereign, independent nation on equal footing with the United States, their organization as a single collective political identity would make way for the formal exercise of Native Hawaiian Ea over a portion of their 'aina. Native Hawaiians deserve more than just federal recognition as a sovereign entity, but pono dictates that they deserve at least that much.