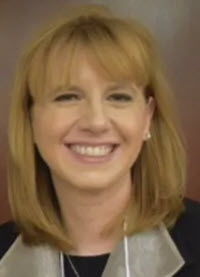 The power to admit new states to the Union is granted to Congress by Article IV of the United States Constitution. It would seem, to a casual observer of American democracy, that territories of the United States would be likely--if not presumptive--candidates for admission to statehood. However, territories of the United States have historically faced a long, difficult road to statehood in Congress. Although the specific reasons for Congressional opposition to territorial statehood are varied, there is a common thread that runs through the travails of the territories in their quest for statehood--the supremacy of whiteness as an implicit prerequisite for full membership in the Union. the heart of the question of the rights of territorial residents is their entitlement to full membership in the Union as jus soli citizens under the Fourteenth Amendment of the United States Constitution. As in the case of Puerto Rico, the United States government has long maintained that persons born in the United States territories are not constitutionally entitled to United States citizenship. This position is based on the fact that because Puerto Rico became subject to United States sovereignty under the Treaty of Paris of 1898, “the citizenship status of the Puerto Rican people was subject to the will of Congress, pursuant to Article IX of that Treaty.” This interpretation of the interplay between the Citizenship Clause of the Fourteenth Amendment and Congressional supremacy over “[t]he civil rights and political status of the native inhabitants of the territories” in fact left the residents of Puerto Rico stateless for a time following the execution of the Treaty of Paris:

Although Puerto Ricans were no longer Spanish citizens, Congress made no pronouncements on the issue of citizenship until the Foraker Act of 1900 established the first civil government for Puerto Rico under U.S. federal rule. Under the Foraker Act, persons born in Puerto Rico were governed almost exclusively by federal decree, yet the Act declared them to be only “citizens of Porto Rico.” This was an “anomalous” and essentially meaningless citizenship status that did not convey Puerto Ricans any form of sovereignty and was not recognized by other nations. It was not until the Jones Act of 1917 that all “citizens of Porto Rico” were declared to be citizens of the United States. addition, Congress is given the authority under the United States Constitution and the Northwest Ordinance to “dispose of and make all needful Rules and Regulations respecting the Territory or other Property belonging to the United States.” The Jones Act of 1917 and its impact on Puerto Rican citizenship was discussed in Balzac v. Porto Rico, one of the cases that makes up of the body of law known as the Insular Cases. is known for its decision reasserting the Supreme Court's opinion in Downes v. Bidwell that persons born in Puerto Rico had no constitutional right to United States citizenship. The grant of citizenship to the residents of a territory was thus held to be indicative of the incorporation of that territory, a practice that became known as the Territorial Incorporation Doctrine (“TID”). This understanding of the relationship between Congress and the territories has been characterized “as a matter of Congressional largesse rather than constitutional command.” TID's combination of constitutional authority and congressional discretion has led to the development of a complicated--and constitutionally suspect of the law of citizenship as applied to the territories. Thus, the Supreme Court's decision in the Balzac case--perhaps more than any other--exemplifies the jurisprudence that evolved in the Insular Cases. Additionally, the treatment of Puerto Rico after its annexation by the United States at the conclusion of the Spanish-American War in 1898 is indicative of how the United States government views the civil rights of territorial residents. Indeed, when viewed through the tripartite lens of citizenship, race, and statehood, it is easy to see how the law of the territories have developed in a manner that virtually guarantees second-class citizenship for individuals born in the United States territories, notwithstanding their statutory grants of United States citizenship at birth.

As historian Paul Frymer has noted, the modern quest for statehood by territorial and federal colonial protectorates of the United States not only “fits into this long historical pattern,” but coincides with a larger moment of historical and racial reckoning:

In the aftermath of George Floyd's killing, Americans are having an exceptional collective moment of self-reflection and historical recognition of the nation's often exclusionary and racist past. Protesters and politicians alike are taking down statues and removing famous historical figures from buildings and communities. As Stacey Plaskett, Congressional Delegate from the U.S. Virgin Islands, has powerfully reflected, citizens of the United States territories deserve equal protection of our laws. Congresswoman Plaskett argues that territorial citizens “deserve nothing less than the full rights of citizenship, including the right to vote.” She also points out that this unequal treatment is just one more manifestation of our culture of white supremacy-- noting that “[m]ore than 98 percent of these territorial residents are racial or ethnic minorities ... a fact that cannot be a mere coincidence as our continuing disenfranchisement extends well past the century mark.” issues of citizenship, race, and statehood, when viewed through the lens of the racist TID and the white supremacist legacy of the Insular Cases, make a powerful case for the abolition of these doctrines as we consider the current statehood bids of Puerto Rico and the District of Columbia, as well as the potential admission of the other United States territories in the future. If the United States is to become a truly representative democracy, the inclusion of the territories as full members of our society is essential to begin righting the wrongs of the past and extending equal protection of the law to our fellow citizens and nationals of the territories.

Professor of Law, University of the District of Columbia David A. Clarke School of Law.