Limitations of the Jones Act: Racialized Citizenship and Territorial Status 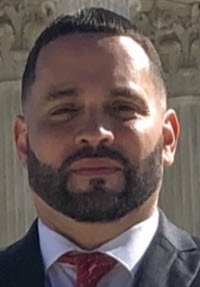 In 2017, exactly 100 years after the United States imposed citizenship on the residents of Puerto Rico, many Americans are still unaware of the relationship between the island and the federal government. In recent years, the media has brought to the forefront many Puerto Rican issues, such as: 1) the Jones Act, which requires that goods shipped to Puerto Rico be carried on ships owned by the United States, 2) the fiscal board known as PROMESA, imposed by Congress to supervise the island's finances, and 3) the fact that 3.4 million U.S. citizens are subject to federal laws, but not one can vote in presidential elections if they reside in Puerto Rico.

When Hurricanes Irma and Maria crushed the island in September 2017, many Americans did not realize that these natural disasters are domestic in nature and deserve the same attention and resources as the hurricanes in the States. Underlying all these recent issues, however, are a series of old Supreme Court cases and congressional actions, with significant racial overtones, that have kept Puerto Rico in an almost immobile state of political limbo. More importantly, the island's territorial status and its residents' statutory citizenship raise significant constitutional inquiries that neither Congress nor the Supreme Court seems amenable to discuss. Notwithstanding, a close reading of the Supreme Court's position on Puerto Rico will demonstrate that "second class" citizenship is not merely a cliché and continues to have a devastating impact on the residents of Puerto Rico. Like in Plessy v. Ferguson, the Supreme Court should reverse the Insular Cases and acknowledge that race-based citizenship and the island's political status lacks constitutional basis.

For decades, Puerto Rico has been showcased by the United States as a successful experiment of capitalism vis-à-vis socialism during the Cold War. In 1952, the island was offered "Commonwealth" status as the only option in the American effort to remove Puerto Rico from the United Nations list of territories that lacked self-government. Nonetheless, the symptoms of U.S. occupation, second-class citizenship, and territorial status demonstrate the need for constitutional review.

Although the Jones Act of 1917 conferred U.S. citizenship to all those born in Puerto Rico, the relationship between the island and the mainland continues to be undefined. After 119 years of American occupation, neither Congress nor the Supreme Court has addressed the fundamental issue of government without consent of the governed. The Puerto Rican government, however, has held five plebiscites in their attempt to resolve the status issue.

Puerto Rico's "Commonwealth" status went into effect in 1952 coinciding with the Cold War, and becoming part of the United States' strategic effort to conceal its colonial relationship with the island. Pressures from the United Nations, noting Puerto Rico's lack of self-government and growing population, made the case for an urgent need to install a local government that was still subject to U.S. domination. Neither Independence nor Statehood was presented on the ballot for Puerto Rican voters. Instead, the people had to choose whether or not to approve a relationship that the United States called "Commonwealth".

The Commonwealth (or "Estado Libre Asociado") provides internal self-governance, which operates much like a state. However, under the current "Commonwealth" status, Puerto Ricans do not have representation in Congress, but are subject to all the laws passed in the federal legislative branch. Puerto Ricans are also subject to military draft if necessary. Thousands of Puerto Rican men and women have served in the U.S. armed forces, but not one could vote for the Commander-in-Chief who sent them to war. Moreover, as long as Puerto Ricans reside on the island, they cannot vote for president, but ironically, are able to vote in presidential primaries.

1) What are the constitutional limitations of U.S. citizenship in Puerto Rico?

3) Does the federal Constitution allow residents in the Commonwealth the same rights as in the states, such as the ability to run for President of the United States?

4) Is Puerto Rico "part" of the United States?

5) How has the Supreme Court responded in defining the relationship between Puerto Rico, its citizens, and the federal government?

The controversies invoked by these issues originated in the early twentieth century. At the time, the United States played a robust role in expanding its borders by using different socio-political strategies to acquire new territories. Furthermore, the legal doctrines outlined by the Supreme Court in the Insular Cases following the Spanish American War would seek to justify the inherently unequal status of Puerto Rico and its citizens.

Since the U.S. invasion of Puerto Rico in 1898, there have been five non-binding plebiscites held on the island where Puerto Ricans have unequivocally expressed their desire to modify the current territorial status. Puerto Rico is home to 3.4 million U.S. citizens who have been disenfranchised via congressional action and judicial opinions. Puerto Ricans do not send voting members to Congress, nor can they vote in presidential elections. However, thousands have bravely served in the armed forces. Congress has honored many for their service.

It is incontrovertible that Puerto Rico represents a prime example of government without consent of the governed. To the extent that the United States has not shown any effort in resolving Puerto Rico's political status, a historical analysis of Supreme Court holdings and congressional policies have largely demonstrated a meticulous creation of a "second class" citizenship with the sole purpose of concealing colonial oppression. The Insular Cases introduced an innovative approach, lacking sound constitutional basis, to preside over territories whose inhabitants were "racially inferior". In one sense, Puerto Rico is not a "foreign" country according to the Court in De Lima, yet it is also not "part" of the United States according the decision in Downes. To this day, the Supreme Court nor Congress have taken any action to resolve this paradox.

The Jones Act of 1917 conferred citizenship to the residents of Puerto Rico, just in time for thousands to serve in World War I. These brave men and women, however, do not share the constitutional privileges of "natural born" citizenship status or citizenship protected by the Fourteenth Amendment. The Constitution lacks textual language defining "natural born", nor does it define "within" the United States. The Supreme Court has also created legal constructs that deliberately excluded Puerto Rico by relying on the Territorial Clause and racially motivated precedent to justify the unequal treatment of the millions of U.S. citizens who have lived on the island since 1898.

With the exception of individuals who are born to a parent born on the U.S. mainland, and are thus "natural born" citizens under the principle jus sanguinis, no one born in Puerto Rico can be defined as "natural born" through the concept of jus soli because Puerto Rico has never been incorporated into the United States. The Court in Balzac was very specific in denoting that citizenship via the Jones Act did not incorporate Puerto Rico into the United States. Puerto Rico is "merely appurtenant thereto as a possession", but not a "part" of or "within" the United States. Furthermore, its legal limbo political status as an "unincorporated" territory prevents individuals who live on the island from running for executive office since they would not meet the"resident within the U.S. for 14 years." As such, until Congress or the courts clarify "natural born" and incorporate Puerto Rico as a territory within the United States, individuals, such as former governor Luis Fortuño, could not be considered for vice-president or president of the United States. Accordingly, the racialized "second class" citizenship conferred under the Jones Act and subsequently under the Naturalization Act of 1940 was merely statutory, with constitutional restrictions to further exploit the residents of Puerto Rico. The Court in Puerto Rico v. Franklin California Tax-Free Trust and Puerto Rico v. Sanchez Valle had the opportunity to correct the "regime of de facto political apartheid" that continues to plague the people of Puerto Rico. Justice Harlan's dissent in Downes could have served as the guiding principle to expose the fundamental weakness of the race based doctrine that began with Plessy and that still survives today in Puerto Rico:

The idea that this country may acquire territories anywhere upon the earth, by conquest or treaty, and hold them as mere colonies or provinces - the people inhabiting them to enjoy only such rights as Congress chooses to accord to them - is wholly inconsistent with the spirit and genius as well as with the words of the Constitution.

More persuasively, Justice Harlan explained that the "Constitution speaks not simply to the states in their organized capacities, but to all peoples, whether of States or territories, who are subject to the authority of the United States." The Court's lack of will to overturn the Insular Cases, ending the century-old Plessy-like "separate but equal" effect, makes it complicit with Congress that, after 120 years of colonial oppression, refused to address the political status of the island in clear violation of international and U.S. constitutional law.