Blockchains and Environmental Self-determination for the Native Hawaiian People: Toward Restorative Stewardship of Indigenous Lands 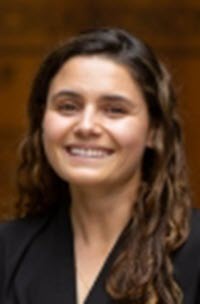 There is a map of Ka Pae 'ina o Hawai'i--the Hawaiian archipelago-- unrecognizable to colonial eyes. There are no telescopes on Haleakal or Mauna a Wkea. No unexploded ordnance are lodged deep in Kaho'olawe and Waikne, and no bombs drop on P hakuloa. Mkua is a place of refuge once more under the sovereign nation of Hawai'i.

My hands cannot hold this map that I love. Hawai'i, like other insular possessions of the United States, is not sovereign. Astronomical observatories defile Haleakal and Maunakea. Kaho'olawe is uninhabitable, and the federal government condemned land in Waikne rather than pay for restoration. Mkua is a minefield, and the U.S. military obliterates P hakuloa for live-fire training. Since the United States backed the illegal overthrow of the Hawaiian Kingdom in 1893, Knaka ' iwi--Native Hawaiians fought legal and political battles to ensure survival. Some have given their lives in pursuit of sovereignty.

The people of Hawai'i are deeply committed to restorative justice for Knaka. They amended the state constitution in 1978 to protect traditional and customary Native Hawaiian rights, safeguard natural resources under the Public Trust Doctrine, and hold over one million acres in the Public Land Trust, and later pledged to repair enduring harms to ' iwi communities.

In the 1993 Apology Resolution, the U.S. Congress also committed to reconciliation with Knaka and apologized for America's involvement in the illegal overthrow. But na'au pono--a deep sense of justice--has not flowed from these formalized commitments. Agencies lack the resources to adequately monitor trust lands, and officials often either do not value ' iwi lifeways or decide that development interests outweigh Native Hawaiian communities' concerns. Moreover, U.S. forces continue to annihilate land throughout Hawai'i. The obliteration of our biocultural resources results in cultural, and sometimes physical, devastation because Knaka are inextricably intertwined with our 'ina (land and literally “that which feeds”).

Blockchain, a type of distributed ledger technology, could be a valuable tool for Knaka in the restoration of our cultural and political autonomy as part of the Indigenous right to environmental self-determination. Blockchain's potential to aid in environmental self-determination lies in the technology's ability to facilitate systems of polycentric governance rooted in Native values that coexist alongside or replace centralized institutions and state-based governance. Given the United States' unwillingness to pursue decolonization as a remedy for the historical and ongoing subjugation of Indigenous Peoples, blockchain could be utilized to facilitate polycentric stewardship of the Public Land Trust--1,200,000 acres across Hawai'i held in trust by the State for Knaka and the general public. This Note seeks to demonstrate that blockchain can be a potent tool for Native Hawaiians' pursuit of environmental self-determination and advocates for the implementation of a blockchain-based polycentric management program for trust lands.

Part I sets forth the Four Values of Restorative Justice for Native Peoples, a framework of contextual legal analysis for adjudications impacting Indigenous communities deployed throughout this Comment. Part II provides a contextual history of the formation, governance, and mismanagement of the Public Land Trust to demonstrate why polycentric stewardship is necessary. Part III explains the right to environmental self-determination and the aspects of blockchain technology that make it especially relevant to Native Peoples seeking increased control over biocultural resources. To illustrate blockchain's potential, Part IV proposes a polycentric stewardship program for P hakuloa Training Area, a U.S. military training complex on Hawai'i Island that sits on Public Land Trust acreage. This Comment ultimately seeks to examine how blockchain can help Knaka exercise our right to environmental self-determination while holding the state and federal governments accountable for exploiting Hawai'i nei (beloved Hawai'i).

Today, the dilemmas are manifold. Without self-determination, all that which feeds and sustains Knaka is pillaged and commodified. Ironically, 'ina and mo'omeheu are degraded, while Native Hawaiian land and culture are fetishized to sell an escape to millions of tourists each year. With our culture under attack, self-governance toppled, and the theft of land legitimized in the colonizer's highest court, ' iwi health and well-being continue to suffer as Knaka are disproportionately represented among houseless, incarcerated, and chronically ill populations in our ancestral lands.

Knaka continue to look to ancestral knowledge for solutions that will lead to self-determination rooted in Native Hawaiian worldviews. ' iwi “perspectives transcend time” though “the tools we use to mlama our resources change and adapt.” Blockchain may be a new tool to record the past to help protect ' iwi culture and resources, restore self-determination, and improve social determinants of health and well-being, as part of the right to environmental self-determination. Just as our kpuna relied on place-based, resource-specific knowledge to inform stewardship practices, we too can compile intricate records of management practices on blockchains to steward biocultural resources. On-chain polycentric governance of trust acreage guided by lex cryptographica rooted in the Four Values that incorporates Knaka as independent decision-makers with equal, or greater authority would be a first step towards environmental self-determination. Polycentricity may also help the State fulfill its evolving constitutional trust obligations. The ability to compile a tamper-resistant record of past and present environmental and cultural concerns, stewardship successes and failures, as well as agreements and disagreements among Knaka and other stakeholders would provide a starting point for a new form of distributed, adaptive management of 'ina meant to be the foundation of reconciliation between the State and the Native Hawaiian people.