From Foundational Law to Limiting Principles in Federal Indian Law 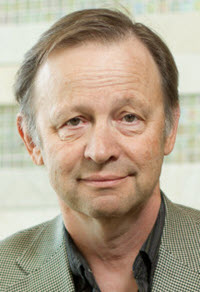 In a noted article, the late Philip Frickey described how federal Indian law, since its inception, has been “exceptional” in the sense of being distinctive compared to other areas of American Public Law. The foundational principle animating this exceptionalism is Chief Justice Marshall's description of Indian nations as “domestic dependent nations” that, although existing within the territorial boundaries of the United States, have retained many aspects of their original sovereignty. Professor Frickey, however, also described how more recently federal Indian law's exceptionalism was being dismantled by what he called a “flattening [of] federal Indian law into the broader American public law by importing general constitutional and subconstitutional [sic] values into the field.” In my view, one of the main reasons for the United States Supreme Court's failure to stand by the exceptionalism of the past is that the political, economic, and social position of tribes within the United States has dramatically changed since these exceptional principles were initially developed. From conquered nations restricted to isolated reservations with a poor understanding of American society, Indian nations are now part of the economic and political life of the United States. Most reservations are no longer isolated or inhabited only by Indians, and tribal leaders have acquired a sophisticated understanding of the United States legal and political systems. It is, therefore, not surprising that the law is trying to catch up with these new realities.

Although this can explain why federal Indian law's exceptionalism is changing, it does not explain why it is changing in the particular way that it is. In this Article I contend that one of the reasons animating the Court's move away from Justice Marshall's exceptionalism is its fear that, under traditional foundational principles of federal Indian law, Indian tribes may gain what the Court subjectively perceives to be “unfair” advantages over non-Indians. Therefore, the Court has been looking for limiting principles tending to achieve level playing fields between tribal and non-tribal actors. This Article also argues, however, that, while looking for a level playing field may sound like a worthwhile goal, there are many pitfalls involved in this process that may end up hurting tribal sovereign interests.

I realize that describing the Court as looking for a “level playing field” may sound too generous to some, and it is true that, at times, the Court's jurisprudence seems animated by unfounded and irrational fears about Indian nations. One area where fear of a non-level playing field has made the Court overreact has been in the area of tribal jurisdiction over non-members. The foundational principle here was that, although Indian tribes could no longer be considered foreign nations capable of having independent relations with other foreign nations, they still retained all their original, inherent sovereign powers unless such powers had been taken away by acts of Congress or given up in treaties entered with the United States. However, in 1982, the Court came up with a limiting principle in which Indian tribes could only exercise those inherent sovereign powers that were “necessary” to tribal self-government. While some pro-tribal attorneys at the time expressed the belief that they could work around this limiting principle, the United States Supreme Court has, in the great majority of cases, refused to uphold tribal jurisdiction over non-members. Because that subject has been already much discussed by a number of scholars, this Article will analyze other areas of federal Indian law--areas where the application of exceptionalism and foundational principles is especially likely to motivate the Court to search for limiting principles.

Thus, Part II of this Article will focus on tribal sovereign immunity cases, and

Finally, Part IV will focus on state taxing power within Indian reservations. Not only is the judicial search for a level playing field evident in this area, but the evolution of the law in this area should serve as a cautionary tale for the areas of law covered in Parts II and III: what started out as a search for a fair solution between conflicting tribal and state taxing interests ended up being used to promote state sovereign interests to the detriment of tribal sovereign and economic interests.

The Indian preemption doctrine started out as a means of balancing conflicting tribal and state interests but was, in the long run, hijacked by Justices such as Chief Justice Rehnquist, who did not believe in any level playing field or, for that matter, in tribal sovereignty. What happened to the Indian preemption doctrine should serve as a cautionary tale in all cases where the Court attempts to use limiting principles or reach level playing fields involving other principles of federal Indian law.

Every legal doctrine or principle of law has policy goals behind it. Sometimes, the Court officially delineates the policies underlying the principle of law or doctrine on which its decisions purportedly rest. Other times, there are unstated background norms and goals not officially mentioned by the Court that nevertheless play a crucial role in the decisions. This Article has argued that when it comes to off-reservation tribal sovereign immunity and off-reservation treaty rights, the United States Supreme Court has been looking for limiting principles purporting to establish level playing fields between tribes and states. Whether a level playing field has been achieved, however, is in the eyes of the beholder as it involves a subjective judgment. It is also a goal that may not be truly reachable given the different constitutional status of tribes and states. As the areas of tribal jurisdiction over nonmembers and state taxation on Indian reservations have shown, limiting principles can easily be manipulated against tribal sovereign interests. One can only hope that the same thing will not happen to the areas of tribal sovereign immunity and tribal treaty rights.