Failed Protectors: The Indian Trust and Killers of the Flower Moon 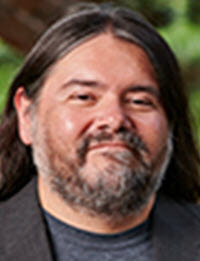 David Grann's Killers of the Flower Moon: The Osage Murders and the Birth of the FBI details a story that is widely known in Indian country but that has never before penetrated mainstream American culture: the mass-murder conspiracy that haunted the Osage Indian Nation in the 1920s and that was known by newspapers at the time as the Osage Reign of Terror. Grann's tale focuses on the family of Mollie Burkhart--including her mother, Lizzie Q. Kyle, and her sisters--all of whom were murdered except Mollie. Shedding light on a series of American tragedies is admirable, but Grann's focus on the Osage murder investigation as the "Birth of the FBI" is a sad joke. All along, it was the United States that held the threads of the lives of the Osage people. In a very real sense, it was the United States that was the criminal mastermind.

Worse, while Killers of the Flower Moon is a story of the federal government's broken promises to Indian people and Indian nations, a horrific part of American history, that story is not over. The conditions that the United States implemented that led to the Osage Reign of Terror remain in place in twenty-first-century Indian country. Law and order in Indian country in the twenty-first century is broken. Each year, thousands of women and children are victims of violent crime, perhaps the greatest omission in Killers of the Flower Moon.

Broadly speaking, the federal government is the primary reason Osage people suffered and continue to suffer these outrages. The United States' encroachment on the Osage Nation's traditional homelands in what is now Missouri and Arkansas forced the tribe to undergo a series of migrations that ultimately placed the Osage Nation in Oklahoma. The United States created the conditions that allowed local business interests and law enforcement to conspire to murder dozens of Osage people--and steal from many more--for years without consequence. The United States' limited response to these murders was too late and far too incomplete. All these failings derived from the government's failure to fulfill the federal-tribal trust relationship, the modern label for the historic legal obligation called the duty of protection.

This Review uses Killers of the Flower Moon as a starting point to highlight how Indian people in Indian country continue to be subjected to high crime rates. And yet, however horrible the Osage Reign of Terror was, the reality for too many Indian people today is much worse. This Review shows how policy choices made by all three branches of the federal government have failed indigenous people.

Part I establishes the federal-tribal trust relationship that originated with a duty of protection.

Part II explains how the United States' failure to fulfill its duties to the Osage Nation and its citizens allowed, and even indirectly encouraged, the Osage Reign of Terror.

Part III offers thoughts on the future of the trust relationship in light of the rise of tribal self-determination. This Review concludes with a warning about how modern crime rates against indigenous women and children are outrageously high in large part because of the continuing failures of the United States.

Mollie Burkhart, her mother, and her sisters were victims of another form of insidious crime--violence against American Indian women and children. Of all the persons and entities supposedly covered by the federal government's duty of protection, these Indian people are the least protected.

Although the Osage murders seem like an ancient problem unlikely to recur in modern America, the rate of violent crimes against women and children in Indian country is bad, and worsening. American Indian women in Indian country are subjected to sexual assaults at a rate far worse than any other demographic. American Indian women suffer from human trafficking, too, though we do not know the scope of that horror yet. American Indian children suffer when their parents suffer, as well. The federal government did next to nothing for the Osage Nation's citizens a century ago. The federal government is still doing next to nothing for indigenous women and children today.

Yes, Congress focused attention on the problem with the Tribal Law and Order Act of 2010 (TLOA). Yes, Congress authorized Indian tribes to prosecute non-Indians for dating violence and domestic violence in the Violence Against Women Reauthorization Act of 2013 (VAWA). But both statutes do far too little. First, at the demand of the Alaska congressional delegation, Congress initially excluded Alaska from benefitting from the VAWA authorization (an error it corrected later There are 229 federally recognized Indian nations in Alaska. None of them benefit from gaming. And due to a quirk in the Alaska Native Claims Settlement Act, those nations do not benefit much from natural resources extraction either. Alaska Native women suffer the worst of any group of people in the United States. Second, more than half of the remaining Indian nations in the United States are similarly situated to Alaska Native tribes--lacking economic resources to do much to resolve the criminal wave against Indian women. Both TLOA and VAWA require Indian tribes to guarantee criminal procedural rights beyond those required for any criminal defendant in any other jurisdiction in the United States. Most Indian tribes cannot afford to comply, even if they wanted to.

Killers of the Flower Moon will be an eye-opener for those who are not aware of what it means for the United States to shirk its duties to Indian people. Osage people alive today are direct victims of the Osage Reign of Terror (pp. 280-91). Grann's book tells an interesting story about the early days of the FBI, the development of early criminal investigation techniques, and the slow death of frontier injustice and corruption. It is a story ripe for a suspenseful and entertaining film. But Killers of the Flower Moon could be so much more. For whatever reason--be it the fame of the author, the focus on major American historical figures like J. Edgar Hoover, or the fact that the FBI is investigating the current president--Grann's work has the attention of much of the American public. Killers of the Flower Moon should be a call to action for the United States to take its duty of protection seriously, but instead the stories of real American Indian lives are a framing mechanism for a true-crime FBI story. Indian tribes standing against the political winds that threaten the trust relationship, the duty of protection the ancestors negotiated for in the nineteenth century, deserve more. The thousands of American Indian women who suffer sexual assaults every year and the thousands of American Indian children who witness and suffer violence every year deserve much more.