Tribal Rights: The 1872 Mining Law's Past and Future 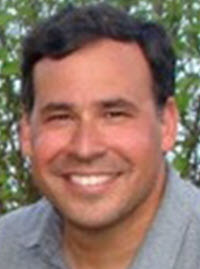 To many, miners embody the quintessential narrative of the American West: freedom, individualism, opportunity, and progress. Books, movies, museums, theme parks, and sports franchises celebrate, often with romanticized nostalgia and a nationalistic flair, the hardships endured by miners. In the mid-nineteenth century, the "forty-niners" and hundreds of thousands of other prospectors from all ends of the earth flooded the nation's western frontier in search of gold, silver, copper, and other precious minerals buried within its vast and unexplored soils.

But to many Indian tribes living in what would become the American West, miners arrived like a colonial juggernaut, legitimizing the forces of dispossession already well underway that would deprive them of their land and resources, family members, and culture for generations to come. An infamous example is the experience of the Nez Perce Tribe, or Nimiipuu, whose homeland-- in what is today north-central Idaho, southeastern Washington, and northeastern Oregon--was invaded in 1860 by thousands of gold-seeking squatters in violation of the Nez Perce Treaty of 1855 with the United States. To validate this non-Indian trespass, the United States forced the Nez Perce Tribe to enter into a new treaty, the "steal treaty" in 1863, which reduced the size of the tribe's reserved homeland, its reservation, by 90 percent to make way for the miners. When Chief Joseph and hundreds of other Nez Perce protested the steal treaty, war erupted between the Nez Perce and United States in 1877. Over 200 Nez Perce men, women, and children died or were wounded in the ensuing military campaign that pursued them over 1,170 miles and through four states.

The General Mining Law of 1872 (Mining Law) remains the United States' principal charter governing hardrock mineral development on federal public lands. Enacted almost 150 years ago during an era in which the country was gripped by a belief in manifest destiny, Congress eagerly used the Mining Law to stoke national fervor for western settlement and to validate decades of wanton trespassing and unlawful prospecting on tribal and federal lands. The Mining Law legitimized the exploration, discovery, and mining of economically valuable minerals on millions of acres of federal--or what would become federal--public land. Today, there are an estimated 1.1 million hardrock mining claims on the public domain.

One lasting contribution of the Mining Law is the 160,000 abandoned and "legacy" hardrock mines throughout the American West. Many of these mines continue to discharge untreated mine waste into surface water and groundwater, contaminating an estimated 40 percent of the headwaters of western watersheds. According to a 2017 University of New Mexico study, more than 600,000 indigenous people live within approximately six miles of an abandoned mine. Johnnye Lewis et al., Mining and Environmental Health Disparities in Native American Communities, 4 Curr Envtl. Health Rep. 130-41 (2017), available at www.ncbi.nlm.nih.gov/pmc/articles/PMC5429369/. As a result, they are exposed to dangerous metals and other toxic pollutants left behind by abandoned mines to a greater degree than the rest of the U.S. population.

Indian tribes, including the Nez Perce Tribe, executed more than 370 treaties with the United States between 1778 and 1871. In the mid-nineteenth century, several Indian tribes in the Pacific Northwest signed treaties with the United States in which they ceded millions of acres of land to the federal government in exchange for certain guarantees. These tribes also reserved to themselves certain rights, including the right to continue to hunt and gather throughout their aboriginal homelands on open and unclaimed lands and to continue to fish at all "usual and accustomed" places throughout their aboriginal territory--all extending beyond their newly designated reservations.

The Gold King Mine wastewater spill in 2015 is one recent illustration of the effect legacy mines have on Indian tribes. The abandoned mine sent a yellow-orange plume of approximately three million gallons of toxic wastewater, containing nearly 540 tons of metals--including iron, aluminum, cadmium, and lead--into the Animas River watershed. The spill entered waters in Navajo Nation, Southern Ute Tribe, and state lands, leading to an emergency river closure and damage to crops, home gardens, and cattle. As a result, the Navajo Nation has filed a lawsuit seeking compensation in the amount of $130 million.

Another proposed mine on federal public lands is the Rosemont Copper Mine in Arizona's Santa Rita Mountains. These lands hold thousands of years of tribal cultural heritage, including ancestral burial grounds, ancient village sites, and sacred springs. The Tohono O'odham Nation, Pascua Yaqui Tribe, Hopi Tribe, and others challenged the Forest Service's approval of the proposed mine under various federal environmental laws. On July 31, 2019, a federal district court ruled in favor of the tribes, holding that the Forest Service violated federal law in approving the mine without determining the validity of claims on federal public land. See Ctr. for Biological Diversity v. U.S. Fish & Wildlife Serv., No. Cv-17-00475-TUCJAS, 2019 WL 3503330 (D. Ariz. July 31, 2019).

Despite these and numerous other examples of mining conflicts on federal public lands involving Indian tribes, there are some recent positive developments meriting attention. First, the U.S. Supreme Court, from its 1905 decision in United States v. Winans, 198 U.S. 371 (1905), to its 2018 affirmance in Washington v. United States, 138 S. Ct. 1832 (2018), has confirmed that treaty-reserved fishing rights include meaningful protections against interference, whether resulting from fishwheels that interfere with the ability of treaty fishermen to catch fish or culverts that hinder fish passage and thereby diminish the number of fish available for harvest. While these Supreme Court cases were necessarily decided on their specific facts, these landmark decisions construing the treaty language to encompass significant protections for fish illustrate that other land use practices, including mining, are subject to treaty-reserved rights as well.

The second development concerns recent congressional review of the Mining Law, which despite numerous efforts has not been significantly updated since its enactment, nearly 150 years ago. In May 2019, U.S. Senator Tom Udall (D-NM) and House Resources Committee Chairman Raúl Grijalva (D-AZ) introduced the Hardrock Leasing and Reclamation Act of 2019. According to Chairman Grijalva, the bill "ends the obsolete system put in place by the Mining Law of 1872 and replaces it with a modern leasing system designed to protect American taxpayers and American public lands." Raul M. Grijalva, Mining Reform Legislation (2019), available at https://naturalresources.house.gov/imo/media/doc/HR%202579%C20Mining%C20Reform%C20Fact%20Sheet.pdf. Senator Udall explained that the bill "reforms the outdated laws that have governed hardrock mining since the days of the Gold Rush era, a time when Ulysses S. Grant was president, and westward expansion was the overarching goal." Tom Udall, Hardrock Mining Reform Act of 2019 (2019), available at www.tomudall.senate.gov/imo/media/doc/Hardrock%20Mining%C20Reform%C20Act%C202019,%öne-pager.pdf. The legislation would impose royalties, require abandoned mine cleanup, and reform the requirements for staking claims.

The proposed legislation would also reform the Mining Law in ways that protect Indian tribal interests. The bill would require tribal consultation before authorizing any mineral activities that would affect an Indian tribe's land or an area of cultural and/or religious significance to Indian tribes. It also would authorize Indian tribes to petition the Secretary of the Interior to withdraw certain lands and to bring enforcement actions in federal district court. This enforcement provision is especially important to Indian tribes to ensure that federal agencies are legally accountable.

The Mining Law, referred to as one of the "lords of yesterday" by prominent western legal scholar Charles Wilkinson in his book Crossing the Next Meridian, has caused profound injury to many Indian tribes' aboriginal homelands, reserved rights, sacred places, burial sites, and culture. The statute's antiquated but exalted status continues to resonate on federal public lands, where Indian tribes struggle to preserve deep cultural connections in the face of mining's destructive historic and environmental legacies. Recent developments, however, suggest cause for optimism. The U.S. Supreme Court has again confirmed that Indian treaties are the supreme law of the land. Congress' proposed reform of the Mining Law to protect Indian tribal interests, and otherwise bring the law into the twenty-first century, is also significant and would be a necessary legislative milestone. While the fate of the proposed legislation is unclear given a highly polarized Congress, the legislation represents a critical step in advancing a national dialogue about the impacts of mining on Indian tribes and the long-overdue need to address those impacts through legislative reform. These and other efforts hopefully signal a permanent shift toward honoring Indian tribal rights and interests on federal public lands.