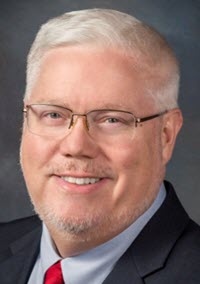 Before contact with Europeans, [North American] Indian tribes maintained order and cohesiveness through a variety of means, including strong social integration; adjudication and mediation... and the imposition of sanctions such as shaming, restitution, or, in extreme cases, capital punishment or expulsion from tribal groups. Like all other human societies, Native American tribes lived under rules or laws, as well as means of dealing with violations of those rules and resolving disputes.

In the 1930s, when the Indian Reorganization Act (“IRA”) began the process of restoring self-determination to Native American tribes in the United States, the boilerplate constitutions provided by the Roosevelt Administration did not specifically designate funds for a judicial branch. Therefore, due to lack of funding, the tribal court system generally is the least developed branch of tribal governments.

In 1883, the BIA created the original version of the Court of Indian Offenses (“CFR Courts”). This blueprint, which was used for later expansions of CFR Courts to other tribes implementing new infant justice systems, will be discussed in greater detail in the next Section of this Article. For basic background purposes, it is important to know that from the 1880s until the late 1960s, the tribal court system focused on civilizing and/or assimilating Native Americans into Washington, D.C.'s notion of acceptable behavior and culture, instead of promoting justice by focusing on legal disputes in Indian Country.

Unfortunately, the early Court of Indian Offenses saw local Indian agents appointing themselves or close friends as “judges,” which created clear conflicts of interest because the Indian agents had monetary interests in most civil actions argued before the early courts. Eventually, to promote fundamental fairness and reduce perceived bias, the BIA began appointing CFR Court judges with the input and approval from tribes. Thus, respect for both CFR Courts and tribal courts have increased over time because judicial appointments are now often law-trained and the tribes enjoy input into selecting judges.

According to the United States Code, an “Indian court” is “any tribal court or court of Indian offense.” Self-determination and self-government concepts promote the intentional and inherent congressional drafting preference that Native American tribes create their own tribal courts. This means that CFR Courts are being replaced, by design, with tribal courts created and overseen by the tribes themselves. By the early 1990s, approximately 140 tribes had created their own court system, and all but twenty-five of those tribal governments established stand-alone tribal trial courts apart from the preexisting (or stop-gap) CFR Court system. Today, there are over 500 Native American tribes, between 250 and 300 tribal trial courts, and 150 tribal appellate courts. Due to tribes converting their judicial systems from CFR Courts to tribal courts, there are now only nineteen Native American tribes that use the Court of Indian Offenses. Those nineteen trial level courts utilize one of five Court of Indian Appeals. It is both anticipated, and congressionally encouraged, that Native American tribal governments continue the trend of replacing CFR Courts with self-sufficient tribal courts. This Article will now discuss the current state of the Court of Indian Offenses.

The Court of Indian Appeals is a viable and valuable federal appellate court that provides a judicial forum for tribes that either do not wish to create their own tribal appeals system or do not have the economic resources to support such. The Court of Indian Appeals allows tribes to enjoy a judicial forum outside of the threat of tribal council retribution for unpopular decisions, (such as a tribe allegedly firing a tribal judge for a ruling adverse to the tribe), and the lack of stress and expense of supporting the infrastructure of teaching, training, and funding judges/clerks, when the Bureau of Indian Affairs offers this service to tribes free of charge. Tribes retain a voice in the running of CFR Courts because tribes are consulted on the selection of judges for the Court of Indian Appeals pursuant to 25 C.F.R. § 11.200.

When discussing federal appeals courts, one should not forget to include the U.S. Department of the Interior's Court of Indian Appeals. This hybrid appellate court, with one foot in Washington, D.C., and the other foot in Indian Country, is a viable and reliable option for tribal appeals. As Robert Frost noted in his poem “The Road Not Taken,” the less-traveled path should not be mistaken as inferior to the more familiar avenue. Many tribes do not have the staff, funding, or inclination to develop, support, or sustain their own tribal court of appeals system. The Court of Indian Appeals is a logical avenue for ensuring appellate review for tribal courts. The U.S. Department of the Interior's Court of Indian Appeals offers its own unique and worthwhile federal judicial challenges, which should be utilized and not overlooked merely because the court is a “road less travelled.” The preferred option is always for tribes to establish their own appellate court, but the next option should remain the Court of Indian Appeals, even if the court's role is eventually expanded.

Gregory D. Smith, who resides in Clarksville, Tennessee, is the Chief Judge of the U.S. Department of the Interior's Court of Indian Appeals, Miami Agency in Oklahoma.