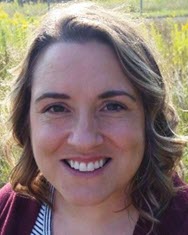 n those days the Indian schools were like jails and run along military lines, with roll calls four times a day. We had to stand at attention, or march in step. The B.I.A. thought that the best way to teach us was to stop us from being Indians. ...

The Government teachers were all third-grade teachers. They taught up to this grade and that was the highest. I stayed in that goddam third grade for six years. There wasn't any other.

These comments by John (Fire) Lame Deer are probably representative of the typical boarding school experience, but for many, the experience was much more horrific. Mainstream American history is littered with many dark marks, but perhaps none as dark as the attempt of the federal government to eradicate the language and culture of American Indians in an attempt to turn them into a white man with different colored skin. Given that this policy was articulated during the late nineteenth century, it is easy to assume that the indignities of these policies are far behind us. Unfortunately, the effects continue.

Part IV will explore the effect this impact is having on modern government's ability to effectively provide services to American Indians with a specific focus on child placement services and welfare programs.

Part V will address some potential remedies, both legislative (such as the Indian Child Welfare Act's focus on keeping American Indian children in their communities) and governmental (such as one measure some Tribes have adopted to mitigate some of the problems identified in Part IV), by looking specifically at the provision of welfare services through Tribal TANF.