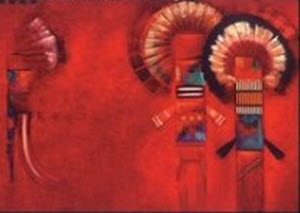 In the summer of 2020, the U.S. Supreme Court issued a decision that has been hailed as a significant victory for supporters of tribal sovereignty. The Court held that a significant portion of the land in Oklahoma is an Indian reservation. In a letter to Oklahoma's congressional delegation, a coalition of Native organizations asserted that “[t]he Court's affirmation of sovereignty was a win for every tribal nation in the United States, as well as communities that neighbor tribal nations.”

In McGirt v. Oklahoma, the Court concluded that the Muscogee (Creek) Nation's reservation in eastern Oklahoma, first created in the nineteenth century, was never disestablished by Congress. Because only tribes and the federal government have jurisdiction over crimes committed in Indian Country by or against Native Americans, the holding means that the State of Oklahoma does not have criminal jurisdiction over NativeAmericans who commit crimes within the boundaries of the Muscogee (Creek) Nation's reservation--a sizeable portion of the state that includes much of the city of Tulsa. The decision's effects were felt beyond the boundaries of Muskogee Nation's reservation because four other tribes in Oklahoma have treaty agreements with the U.S. government that are similar to the Muscogee (Creek) Nation's. If those treaties also do not include language that disestablishes the tribes' reservations, then the State of Oklahoma has been unlawfully exercising criminal jurisdiction over nearly the entire eastern half of the state since its admission to the Union in 1907.

McGirt has forced federal, state, and tribal governments to confront changes to the ways laws are enforced and how offenses are prosecuted in a wide swath of the state, which is home to 1.8 million people. In the coming months, federal law enforcement agencies and U.S. Attorneys as well as tribal police forces and prosecutors will be newly responsible for administering justice for a significant portion of Oklahoma's population in the eastern part of the state.

Although tribal criminal jurisdiction often will be concurrent with the federal government and will generally extend only to offenses committed by NativeAmericans against other NativeAmericans, the expanded authority is a victory for tribal sovereignty. The Five Tribes--the Muscogee (Creek) Nation, the Cherokee Nation, the Chickasaw Nation, the Choctaw Nation, and the Seminole Nation--are well-positioned to exercise criminal jurisdiction within the historic boundaries of their reservations.

This Article will demonstrate that the McGirt decision was a victory for tribal sovereignty by showing that the Five Tribes are likely to exercise criminal jurisdiction over their historic reservation lands in the near future and are prepared to administer justice through tribal law enforcement and tribal courts. Part I of this Article will begin with a summary of the Supreme Court's McGirt decision, with a focus on how the Court determined that the Muscogee (Creek) Nation has a reservation for criminal jurisdiction purposes. Part II will then provide an overview of the relevant laws that comprise the criminal jurisdiction “maze” in Indian Country, including the Major Crimes Act, which gives the federal government jurisdiction over serious offenses committed in Indian Country exclusive of the states, and recent statutory expansions of tribal criminal jurisdiction. Part III of the Article will then show that the negative consequences of McGirt predicted by the State of Oklahoma have not come to fruition, nor are they likely to come to pass. Finally, the Article in Part IV will demonstrate that the sovereignty of all Five Tribes will likely expand under McGirt and that the tribes have the capability to administer justice within their historical reservation boundaries.

The Muscogee (Creek) Nation, the Five Tribes, and other NativeAmerican organizations and allies celebrated the Supreme Court's decision in McGirt v. Oklahoma, believing it to be a positive decision for tribal sovereignty. Although the decision itself is narrow, holding that the Muscogee (Creek) Nation has a reservation for criminal jurisdictional purposes, its implications for tribal sovereignty are significant for two reasons. First, because of the similar legal histories of the Five Tribes, it is likely that the Cherokee, Chickasaw, Choctaw, and Seminole nations also have reservations. Second, because of Oklahoma's significant Native population and the large geographic territory comprising the Five Tribes' historic reservations, the tribes may soon exercise criminal jurisdiction over a nearly half of the land in Oklahoma and a significant portion of the state's population.

The Five Tribes appear well-positioned to meet the moment. All five have criminal codes, sophisticated law enforcement agencies, and modern court systems. Challenges are inevitable, but as Muscogee (Creek) Nation District Court Judge Greg Bigler said, “We have been around a very long time .... We handled justice in the 1850's, 60's and 70's, and we can do it again.”

It has been over a year since I wrote this article in December 2020. In that time, several predictions have come to fruition. Most significantly, the Oklahoma Court of Criminal Appeals recognized all Five Tribes' historic reservation boundaries.

Notably, Eastern Oklahoma has not plunged into McGirt-inspired lawlessness. Indeed, tribal, federal, and state and local officials are working together to enforce criminal laws. Moreover, the federal government is moving to supplement the federal resources that it surged to Eastern Oklahoma in the wake of McGirt with tens of millions of dollars in funding and recommendations for permanent expansions of federal judicial infrastructure, including additional federal district judgeships. Finally, the OCCA held that McGirt-based claims do not apply retroactively, thus the vast majority of state convictions will remain undisturbed.

Nonetheless, the State of Oklahoma remains opposed to expanded tribal authority. The state asked the Supreme Court to reverse its decision in The Court denied Oklahoma's request to overturn its decision, which it rendered only during its immediate prior term. However, the Court agreed in January 2022 to take up a narrower question: whether non-Indians who commit crimes against Indians in Oklahoma's new Indian Country must be tried in federal court.

A prediction as to the success of the State of Oklahoma's latest legal gambit to undermine McGirt is beyond the scope of this Addendum. However, it is worth noting that the Court's ideological composition has shifted with Justice Amy Coney Barrett joining as Judge Ruth Bader Ginsburg's replacement, something the State of Oklahoma believes may aid its cause.