Multiculturalism and the Future of Tribal Sovereignty 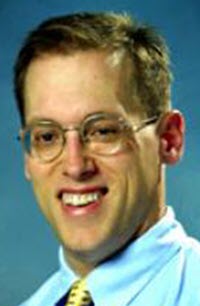 One of the most important things to understand about American Indian tribes is the simple fact that tribes are governments--not non-profit organizations, not interest groups, not an ethnic minority.

The history of American culture is rich with social and ideological movements of every sort, from the temperance and abolitionist efforts at the outset of the nineteenth century to the animal rights and anti-abortion campaigns at the close of the twentieth century. In recent decades, one of the more influential movements in the United States has clearly been multiculturalism. The multiculturalist project, though neither monolithic nor immutable, can generally be identified by the objectives that it pursues as well as the perspectives or premises that render it, at least for adherents, so morally resonant and intellectually cogent. Broadly viewed, these objectives appear to be three-fold: to enhance public awareness and tolerance of the nation's pluralistic character; to increase the representative diversity of society's economic, political, and educational institutions; and, eventually, to dislodge the unicultural hegemony that has governed these institutions to date. Correspondingly, these goals are often informed by several beliefs or ideologies, such as cultural diversity, identity politics, the politics of recognition, and cultural particularism, which themselves reflect convergent conceptual premises regarding race, culture, and identity.

Much of the writing on multiculturalism has involved attempts either to affirm or to repudiate its merit in toto. The purpose of this Article is more focused. In essence, it is to explain why American Indian tribes or tribal members should be singularly hesitant to align themselves or their interests too closely with the multiculturalism movement, regardless of its potential merit for other groups or for society at large. The key to this thesis is the distinctive legal and political status of Indians. Unlike other minorities or so-called outgroups, Indian tribes--particularly those which are federally-recognized and comprised of enrolled members--are politically separate, semi-sovereign entities. Accordingly, unlike these other groups, what many Indian tribes fundamentally seek--and what they uniquely stand to jeopardize--is the fortification and recognition of their political separateness and, ultimately, their legal and territorial sovereignty.

At first blush, this thesis may seem at the very least counterintuitive, if not somewhat outlandish. After all, Indians clearly possess characteristics that place them within the ambit of multiculturalist concern: tribal membership has a (non-white) racial or ethnic component; within certain segments of society, there is latent or overt stereotyping of Indians along racial or ethnic lines; Indian tribes since the colonial era have suffered economic, social, religious, and political oppression, at times even genocide; and Indian tribal cultures, like many minority cultures, are frequently at odds structurally, religiously, and linguistically with traditional Western perspectives, often leading to significant misunderstanding by dominant Western institutions. These, moreover, are only the superficial similarities. Closer examination appears to reveal even deeper, more salient points of conceptual or philosophical commonality, such as a particularist (as opposed to universalist) view of culture and a separationist (as opposed to assimilationist) view of cultural preservation. In short, the case for Indian inclusion within the multiculturalism movement, or what can be called the inclusionist position, would seem to be virtually unassailable.

Nevertheless, this Article will contend that neither these superficial similarities nor these conceptual commonalities are truly as meaningful or convergent as they first appear, and that they may not favor, much less compel, the inclusionist position after all. With regard to the outward characteristics such as racial identity and historic oppression, the inclusionist position is problematic insofar as it suggests or presupposes that these are the defining indicia of Indian tribalism vis-α-vis the dominant society--that, as with certain other minority groups, there is nothing more, or at least nothing more important. In fact, unique to Indian peoples is an identifiable and self-identifying political or governmental dimension, rooted in history and ratified by law, which categorically distinguishes them from any other minority interest on the American landscape.

Likewise, with regard to the conceptual commonalities such as particularism and separationism, the inclusionist position is mistaken to the extent that these perspectives, when more carefully defined, are not understood or interpreted the same way by Indians and multiculturalists. While the particularism of the multiculturalists, for instance, generally rests on the view that race and culture are socially constructed and historically contingent, the particularism of Indian cultures frequently reflects a cosmologically-based view that the various races and cultures are intrinsically, objectively, and meaningfully different, and quite often that one's own tribe has in some manner been divinely chosen and endowed with a special character, destiny, or purpose. Similarly, while the separationism advocated by certain multiculturalists typically rests on theories of individual and group autonomy or equality, the separationism of Indian tribes is, by contrast, deeply rooted in historically traceable and legally enforceable claims of geopolitical sovereignty.

Finally, this Article will contend that inclusion itself, even if it could be theoretically supported, may actually prove injurious to the interests of tribal Indians in the long term. In particular, tribal affiliation with the multiculturalism movement may incrementally erode the very political and legal distinctiveness upon which the self-identity and separate existence of tribes arguably depend. While this distinctiveness does not alone preclude participation or inclusion in the multiculturalism movement and may even be a unique contribution to it, the unavoidable reality is that multiculturalism does not and cannot promise the retention of tribal sovereignty in the long term. To the contrary, it may actually undermine this sovereignty as it advances its own objectives. By focusing so heavily on issues of race and equality, and by largely pursuing goals such as integration and proportional representation, the multiculturalist agenda can only serve to dilute or erode the Indian legal claim to political separateness, especially given the historical fact that Indian law and federal Indian policy, for better or worse, have often tracked progressive cultural movements and understandings. Moreover, should multiculturalist concerns fall out of public favor, as they already have to some extent, being tethered to the multiculturalism movement may lead to a comparable decline in the acceptance, if not the defensibility, of the continued special status of Indian tribes and tribal Indians.

This Article proceeds as follows.

Part II describes in more detail the phenomenon of multiculturalism, and in particular its premises, conceptualization, and manifestations.

Part III delineates the distinctive legal and political status of tribes and their members. Combining these foundational elements,

Part IV then canvasses the ways in which, and extent to which, multiculturalism and Indian tribalism are either convergent or divergent. Part IV also assesses these points of convergence or divergence by formulating three models of multicultural-tribal relations (association, avoidance, and appropriation) and by comparatively gauging the benefits and costs to tribal Indians that each model would likely produce. Based on this assessment, this Article concludes that multiculturalism and Indian tribalism are in significant ways not compatible. And, if there is to be any association at all, it must be selectively and strategically undertaken by tribes and their members based on the long-term furtherance of sovereignty rather than the short-term attainment of economic gain, political influence, or social status.

“[A] page of history,” wrote Justice Holmes, “is worth a volume of logic.” In no other legal-cultural domain has this maxim been more true than in the field of Indian-Western relations. Time and again, despite reversals of policy and rhetoric to the contrary, these relations have been defined by coercive efforts to assimilate tribal Indians into Western culture and society. Yet, if this maxim is in fact true, then one could surmise from this history that Indian tribes and their members, contrary to the prevailing ethos of self-determination, remain at genuine risk of assimilation--of losing their distinct political, cultural, and historical identities and, ultimately, their legally recognized sovereignty.

Against this historical backdrop, of course, the means of assimilation today would necessarily be more subtle and the process correspondingly more incremental. One would like to believe that methods such as the compulsory allotment of tribal lands, unilateral termination of tribal status, and forced removal of Indian children from their tribes are confined to the past. But assimilation need not be so overt or physical, nor must it always assume a legal guise. As multiculturalists themselves would presumably agree, assimilation can also occur conceptually and rhetorically through ideas and words and by the gradual transformation of cultural understandings.

One mode of contemporary assimilation may very well be the multiculturalism movement itself, which can promise many things, but cannot ensure--and may even undermine--the continued legal distinctiveness of tribes. As this Article has shown, its convergences with Indian tribalism run only so deep, and beneath these similarities there exist multiple and often significant divergences that ultimately render multiculturalism potentially deleterious to tribal sovereignty. This is not to impugn the motives of those who support Indian inclusion within the multiculturalism movement, most of whom are presumably well-intentioned. But, so also were many of the proponents of prior assimilation and termination efforts. As one author notes, “assimilation [in the late 1800s] was the product of compassionate and well-meaning whites who sought to improve the lives of Indians. . . . [T]he most disastrous policies for . . . [Indians] were not the exclusive product of frontier villains but were created, supported, and ultimately adopted by pro-Indian, friendly, Christian reformers.”' The termination program of the 1950s, likewise, drew support from many quarters, including self-styled progressives. It is, therefore, not simply enough to be benevolent in spirit; one must also always be cognizant and ever-solicitous of the unique juridical status of Indian tribes, the complicated path of federal-Indian relations, and, ultimately, the historically manifest differences between tribal Indians and other minorities or subcultures within the United States.

In light of this historical reality as well as various contemporary concerns, this Article has proffered and critiqued three archetypal approaches to multiculturalism that tribes and their members may employ. Which path to take--association, avoidance, appropriation, or an entirely different approach--is, of course, a decision that each tribe must make, and this Article, though favoring appropriation, has not attempted to simplify the decision through either omission or hyperbole. Rather, it has attempted to demonstrate that some decision should be rendered, in light of the social forces at work and the grave issues at stake, and to make this decisional process more informed, more critical, and hopefully, in the retrospective view of future generations, more correct.