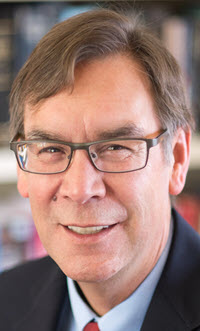 This essay tells the story of the struggle by upper Ahtna people to protect their way of life and their access to a traditional fishery in modern Alaska. Because of the perseverance of Katie John, Doris Charles, other Ahtna people, and the larger Alaska Native community, their right to fish at a traditional fishing site survives. It is a battle that continues to this day--after nearly thirty-five years of litigation in various forums and in successive related cases that illustrate the complex legal and political issues. The rich history, culture, and modern activism of the Ahtna people motivate the litigation to protect an important local fishery, and along with it, the subsistence fishing rights of all rural Alaska Natives. The latest legal chapter is centered on a peculiar case about a moose hunter, a hovercraft, and the jurisdiction of the National Park Service over navigable waters within the boundaries of Park units. This also is a story that will never end, for population pressures, commercial fishing interests, government indifference, and hostility forever have the potential to diminish or undermine long-standing rights.

Katie John and Doris Charles were upper Ahtna Indians who, along with their families and other Ahtna people, relied on the abundant Copper River salmon fishery for food as well as cultural and spiritual sustenance. Indeed, the rich food sources of the region were the primary reason why the Ahtna people settled in and protected their rights to the territory. "Non-Native explorers traveling in the Copper Basin at the end of the 19th century noted the [importance] of territorial boundaries." Both Katie and Doris established Native allotments at a location at the confluence of the Copper River and Tanada Creek, known in Ahtna as natelde, or "roasted salmon place" in English. Ahtna occupation of the area extends back at least two thousand years, and evidence of indigenous occupation of the area may go back as far as 12,000 years. "The entire site became known as Batzulnetas after the American military explorer Lt. Henry A. Allen named it for the chief or kaskae and shaman Bets'ulnii Ta' or 'Father of Someone Respects Him."' While Lt. Allen lived to tell the tale of his journey through the Ahtna territory, the first Russian explorers who arrived in the late Eighteenth Century were all killed by the Ahtna in battle. The region's rich natural beauty and abundant food resources make it easy to understand why the Ahtna people diligently protected the area from unwanted incursions. A modern Ahtna leader eloquently described his conception of the territory:

The headwaters country can be thought of, not simply as a set of separate or distinct historical sites, but as a country. Not in the sense of a nation-state but as multidimensional space consisting of people, animals, plants, earth, water, and air. It is a terrain that is lived in and lived with. From Wilson Justin's point of view, the headwaters country is not just a physical place, a 'street address,' but an 'idea,' an 'area' integral to a people's identity and existence.

After the United States acquired Russia's claimed rights to Alaska in 1867, non-Natives from the lower forty-eight states and territories began to occupy parts of Alaska and the change in traditional lifeways and the economy accelerated greatly. All were dismayed when the State of Alaska adopted regulations in the early 1960s that closed the upper Copper River fishery to any harvest, and although some fishing occurred despite the regulations, Alaska's increasing regulatory zeal caused significant harm to the Ahtna. The closure of the Batzulnetas fishery sparked resistance to restrictions on traditional fishing rights that continues to this day.

This essay traces the legal dispute from its beginning to the most recent events. Part I discusses the legal history of Alaska Native rights to land and the use of resources prior to 1971. Part II covers the Alaska Native Claims Settlement Act (ANCSA), and the federal statutes enacted in the 1970s to accommodate some aspects of Native subsistence uses. Part III reviews ANILCA's cooperative federalism regime, and how the Katie John trilogy protected subsistence fishing after the State of Alaska dropped out of the program. Part IV considers the recent ruling in Sturgeon v. Frost, and its critical footnote two that preserved federal agency authority to manage subsistence fisheries on nearly sixty percent of Alaska's inland waters. The article concludes with a brief look at the durability of the Katie John trilogy and some options for legislative change.

The legal arguments and many court cases discussed, of course, must be viewed through the lens of colonialism. That is, although the United States government may have intended to deal fairly with Alaska Native interests under federal law, the fact remains that indigenous peoples in the United States were not given the choice whether to opt into the dominant system. The federal government asserted executive, legislative, and judicial power over them simply by acquiring Russia's rights to the territory that is now the State of Alaska. This assertion of power is backed by the coercive power of the government.

In general, the subsistence priority for rural residents has not provided adequate protections for Native hunting and fishing rights. There is widespread dissatisfaction among the Alaska Native community with the limited nature of the federal subsistence program. In a number of congressional oversight hearings, Alaska Native tribes and organizations have expressed their frustration with the way the federal subsistence priority has been implemented. At the United States Senate Energy and Natural Resources Committee Hearing "[t]o examine wildlife management authority within the State of Alaska under [ANILCA] and [ANCSA]," Alaska Native leader Rosita Worl described the current situation: "Forty-two years after ANCSA passed, and thirty-three years after ANILCA passed, neither the Department of the Interior nor the State of Alaska has lived up to Congress's expectation that Alaska Native subsistence needs would be protected."

As the United States interprets the "public lands" definition of ANILCA, about sixty percent of the water and land in the state is under federal jurisdiction for purposes of Title VIII. That means that of the 365 million acres in Alaska, roughly 104 million acres owned by the state and another forty-four million acres owned by Alaska Native Corporations (ANCs) and tribes, are not considered "public lands" under federal law. Footnote 2 of Sturgeon II preserves federal jurisdiction over subsistence fishing under the 1999 rule, but Congress could step in to expand federal subsistence fisheries jurisdiction, or rework entirely the federal protections for the aboriginal hunting, fishing, and gathering rights extinguished by ANCSA. The cooperative federalism regime envisioned by the State, Congress, and the Native community has clearly failed. Prospects for progressive and creative congressional action seem unlikely in the current political climate, but the one certainty is that the Alaska Native community will never surrender in the battle to restore and protect their aboriginal rights to hunt, fish, and gather wild renewable resources.