The Politics of the Adoption Of Indigenous Children

The following working definition of “indigenous communities, peoples and nations” has been suggested by Martinez Cobo: 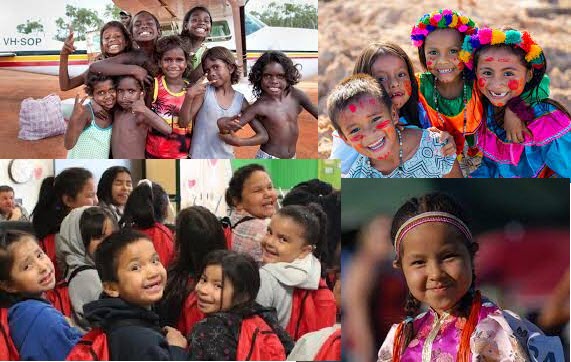 Indigenous communities, peoples and nations are those which having a historical continuity with pre-invasion and pre-colonial societies that developed on their territories, consider themselves distinct from other sectors of the societies now prevailing on those territories, or parts of them. They form at present non-dominant sectors of society and are determined to preserve, develop and transmit to future generations their ancestral territories, and their ethnic identity as the basis of their continued existence as peoples, in accordance with their own cultural patterns, social institutions and legal system.

Some modern western nations include within their borders such distinct indigenous communities, each established over many centuries and sustained in accordance with traditional customs that have survived relatively intact into the twenty-first century. This is the case, for example, with indigenous people in Australia, New Zealand, Canada, and the US. In total, it has been estimated that there are some 370 million indigenous people living in approximately 90 different countries. These indigenous cultural communities are, to a varying degree, coherent entities founded on rules and traditions governing relations within and between families and applying to the functioning of their social system as a whole. They co-exist alongside and in an uneasy relationship with the prevailing western culture; sharing time, territory and the necessities of life but often very little in the way of values, knowledge and social infrastructure.

The differences between indigenous and non-indigenous cultures are readily apparent in their respective sets of laws and customs governing the family. In particular the practice of adoption, which offers a restricted but revealing insight into the life of any culture, indicates the nature of differences in the value systems that now separate modern western society from its indigenous counterpart. This can be seen in the legal functions of adoption which in indigenous cultures are not quite the same as those of modern western societies. However the latter--having developed their present relatively recent, sophisticated, highly regulated and expensive models of adoption--are steadily assuming some of the characteristics of the customary model. There is every reason to believe that this trend towards convergence will continue.

This chapter examines the distinctive characteristics of customary adoption as illustrated by the quite different indigenous communities in Canada, Australia, New Zealand and the US--the so-called CANZUS nations--and its links with the statutory process. Its purpose is to identify the differences between the legal functions of both systems and to consider their significance in terms of law, policy and practice. As both systems now operate within the larger frame of reference provided by an ever-growing body of international law, the chapter begins by outlining and considering the bearing of such law on the culture, family life and the practice of adoption in indigenous communities. It then proceeds by examining in turn the experience of adoption among the First Nations/Inuit of Canada, the Indigenous People of Australia, the Mori of New Zealand and the Native Americans/Indians of the US.

The adoption processes traditionally and currently used by the Inuit in Canada, the Indigenous people of Australia, the Mori in New Zealand and the American Indian and Alaska Native population in the US are illustrative of the type of customary practice to be found among indigenous communities in other countries such as those of South America and Africa. The primary purpose served by adoption in an indigenous context is not fundamentally different from that in modern western nations. In both, adoption is essentially the most extreme means for giving effect to the common intention that total care responsibility for a child is transferred from the birth parent/s to approved other persons until such time as the child reaches adulthood. The goals address similar factors such as parental death, absence, relinquishment or abandonment, failed parenting, infertility, the need for an heir and the tidying up of re-formed family units. The legal functions, however, reflect significant differences in law, policy and practice.

Adoption within indigenous cultures is invariably a consensual process, governed more by practice than by policy or law. It has always been treated as a transparent and ongoing transaction between the parties, often following discussions involving the extended family, which require and receive the support of the community. It at least favours transactions that respect and maintain blood-link relationships. It emphasises the importance of ensuring that an adopted child is never in any doubt as to the identity of birth parents and members of their family of origin, with whom contact is maintained. It offers an assurance that the child will be reminded of their particular background, heritage etc. and in general will be provided with all information necessary to form an authentic identity and maintain a sense of belonging to their family, culture and community of origin. Insofar as there is a policy in this context, it could be said to be one of facilitating the harmonious reordering of parenting responsibilities in accordance with the wishes and needs of all concerned. The legal functions of adoption, redundant in terms of asserting or defending the rights of individuals, are appropriately minimal and non-interventionist serving mainly to endorse arrangements freely and openly entered into.

The politics of adoption can achieve a crude but revealing salience in the context of relations between indigenous people and their host society. As a non-consensual process, adoption is often imposed on indigenous cultures. This tends to occur in circumstances where indigenous parenting is judged to infringe standards required by the public child welfare law of modern western society. At its most extreme it can take the form of a discriminatory policy to use non-consensual adoption, perhaps in conjunction with institutional residential schooling, as a means to enforce the assimilation of indigenous children into non-indigenous society. Most usually, it occurs as a consequence of the non-discriminatory application of child welfare law that inevitably results in some indigenous children being drawn into the child care system and then entering the non-consensual adoption process. The latter 'child rescue’ dynamic highlights a more general political dimension that can be seen threading its way through the contemporary social role of adoption.

Whether within aboriginal communities, or between the child care system and domestic adopters, or between the sending and receiving signatory nations of the Hague Convention, child rescue is, among other things, a measure of the failure to address the lack of appropriate family support services. Silk, alludes to this in the opening lines of 'Adoption Among the Inuit’ when she observes that:

In the North American Arctic, infants are sometimes abandoned or killed at birth by their parents. However, some infanticidal events are forestalled when unwanted infants are adopted and raised to adulthood by other members of their communities. In such cases, adoption provides an explicit alternative to infanticide.

By going on to refer to “the functional linkage between infanticide and adoption in the Arctic” she draws attention to the possible consequences of an absence of the family planning methods and family support services that now provide a context for adoption in the more developed societies of other jurisdictions featured in this study. Her observation has implications that extend well beyond infanticide in the Artic. It carries a definite resonance, for example, with the spread of 'safe haven’ or 'baby hatch’ facilities across the U.S. and in many other developed nations.

The role of adoption in an indigenous context has relevance for the law, policy and practice of modern western societies. It suggests:

• First preference for long-term foster care, where permanency is required, if this better enables the child to maintain relationships with family/community/culture of origin and revert to them on attaining adulthood

• Second preference for kinship placement, where adoption is necessary, to authenticate identity and maintain a sense of belonging and

• Placement with 'strangers' or non-relatives only in exceptional circumstances, where adoption is necessary, and then to be in geographical proximity to the child's birth family, in keeping with parental wishes in relation to contact and accompanied by appropriate arrangements to safeguard the child's cultural identity.

In indigenous communities, where the private/public distinction and incidences of status are less relevant--though patriarchy is likely to feature--adoption avoided the degree of preciousness it acquired in western societies. As the concept of 'family’ becomes more fluid and indeterminate in those societies, with serial parenting arrangements and ever more intrusive public service intervention (benign and coercive), so it is losing its insularity and assuming the more flexible characteristics associated with indigenous communities. Hallmarks of secrecy, complete severance with birth family, agency mediation, total assimilation of identity and formal judicial endorsement that have always characterised adoption in western societies are now being increasingly challenged by the indigenous alternative. Increasingly, western professionals are becoming attentive to the indigenous experience as they review the appropriateness of established legal functions for contemporary adoption practice.