A Human Face to Instream Flow: Indigenous Rights to Water for Salmon and Fisheries 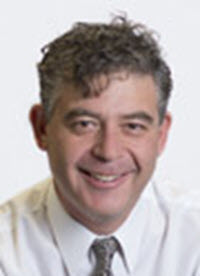 There are multiple sources of state, federal, and international law that establish legal obligations to keep sufficient water instream for salmon and other fisheries.

For example, at the state level in California, public trust law recognizes navigable surface waters and fisheries (including salmon) as public trust resources, and provides that state and local governments have an obligation to fully protect such public trust resources whenever feasible. With fisheries located in rivers, streams and creeks, ensuring adequate instream flow is often needed to provide such full protection. At the federal level, the Endangered Species Act in the United States provides for the designation and protection of critical habitats for all listed species. For many listed fish species, maintaining such critical habitats often requires maintaining adequate instream flows. Finally, under international law, Article 20 of the U.N. Convention on the Law of Non-Navigable Uses of International Watercourses provides ô[w]atercourse States shall, individually and, where appropriate, jointly, protect and preserve the ecosystems of international watercourses.ö Adequate instream flows are often essential to protecting and preserving the ecosystems of watercourses upon which fisheries rely.

These sources of state, federal, and international law, however, have generally not framed the obligation to provide adequate instream flows as a fundamental human right. When viewed through the lens of indigenous rights, however, we can start to discern the basis for a human right to keep water instream for fish. This may be particularly true when it comes to instream flows needed to sustain salmon. Throughout the world, there are many indigenous cultures in which salmon are central and essential to tribal identity and health, and in which salmon restoration and instream flows are being sought as indigenous rights.

For instance, in Siberia and the Russian Far East, the Itelmen ethnic group on the Kamchatka Peninsula petitioned the Government of Kamchatka and the federal fishing agency to protect indigenous salmon fishing rights.

As another example, in British Columbia in Canada, First Nations on the west coast of Vancouver Island have banded together to form the Nuu-chah-nulth Salmon Alliance to press the provincial and federal Canadian governments to strengthen protection of salmon stocks from logging operations that degrade spawning waters.

As a final illustration of the connection between indigenous rights to water and fisheries (although not salmon-specific), in northern Mexico, the Cucapß indigenous people have been reduced from several thousand to a few hundred persons, as the Colorado River Delta (where the Colorado River flows into the Sea of Cortez) upon which they rely, has dried up due to upstream diversions. In 2002, a complaint was filed with the Mexican National Human Rights Commission alleging that the failure to preserve flows and fisheries in the Colorado River Delta violated the rights of the Cucapß under International Labor Organization Convention No. 169 on Indigenous and Tribal Peoples of 1989 (ôI.L.O. No. 169ö). In its decision on this complaint, the Mexican National Human Rights Commission ordered Mexico's federal natural resource agency to update the biosphere reserve management plan for the Colorado River Delta to help ensure that the cultural, ecological, and economic needs of the Cucapß people were better protected.

This Article examines five case studies of how indigenous communities have attempted to use state, federal, and international law to ensure that there is adequate flowing water to sustain the fisheries upon which their tribal cultures depend. Three of these case studies come from the United States--the Columbia River Basin in the Pacific Northwest, the Nooksack River in Washington and Stanshaw Creek in California--and the other two case studies come from the Saru River in Japan and the Whanganui River in New Zealand. In these case studies, we see both the past shortcomings of efforts to ground the right to fish and water in indigenous rights, as well as the potential for such efforts going forward.

First, there is the effort to ground the right to instream flows for fisheries in sources of international human rights law. In the preceding analysis, we examined the Ainu's reliance (in Japan) on protections in the International Covenant on Civil and Political Rights adopted by the U.N. General Assembly in 1966, the Cucapß's reliance (in Mexico) on protections in the 1989 Convention on Indigenous and Tribal Peoples adopted by the International Labor Organization, and the Mori's reliance (in New Zealand) on the 2007 U.N. Declaration. The list of sources of international indigenous rights law that lends support to the right to maintain instream flows for fisheries is more extensive than these three sources.

Principle 11 of the 2003 Indigenous Peoples Water Declaration (adopted at the Third World Water Forum in Japan) provides: ôSelf-determination includes the practice of our cultural and spiritual relationships with water, and the exercise of authority to govern use, manage, regulate, recover, conserve, enhance and renew our water sources, without interference.ö

In regard to indigenous rights to fish and water recognized under international law, the experience of the Ainu people on the Saru River in Japan also suggests that when the cultural heritage and sacred religious ceremonies of indigenous people are on the line, providing monetary compensation for riverside lands taken and fishing income lost may not be sufficient. To provide meaningful protection of such indigenous rights to fish and water, international law may need to be interpreted or amended to provide for a right to injunctive relief to preserve the underlying resources from destruction. Similarly, as the experience with the Mori people and the Whanganui River in New Zealand reveals, passing domestic legislation that recognizes the symbolic and cultural connections between indigenous groups and rivers, but that fails to provide indigenous groups with substantive rights to ensure there is adequate instream flows to preserve the fisheries in such rivers, may not satisfy what international indigenous rights law requires.

Second, in addition to revealing the ways that instream rights can be grounded directly in international indigenous rights, these experiences also suggest how the indigenous relationship to fish and water can affect the ways we understand and implement other domestic non-indigenous sources of law.

For example, under environmental impact assessment laws such as the California Environmental Quality Act (CEQA) and the federal National Environmental Policy Act (NEPA), agencies are required to consider alternatives to avoid or reduce significant adverse environmental impacts. When injury to the cultural heritage of indigenous salmon-dependent people is understood as an ôenvironmental impactö separate and distinct from the biological impact of projects on salmon stocks, we see how the indigenous right to fish and water can factor into traditional environmental impact assessment laws. Had NEPA been in force at the time The Dalles Dam was being considered, the U.S. Army Corps of Engineers might have been legally required to give more serious consideration to the Yakima proposal to relocate the dam a few miles upstream to avoid the significant adverse tribal culture impacts that would be caused by the loss of Celilo Falls.

As another example, in regard to domestic instream flow standards set by states for particular waterways, the Lummi Nation claims concerning the Nooksack River in the State of Washington reveal that there has been a problem with compliance. Instream flow standards protective of salmon may be set, but some states (like the State of Washington) have demonstrated an unwillingness to effectively enforce such standards. The experience with the Lummi on the Nooksack River suggests that the federal government's defense of tribal fishing rights may be a mechanism to strengthen state enforcement of existing instream flow standards.

Perhaps one of the greatest values of framing instream rights as indigenous rights (under both domestic and international law) is that it makes the question of instream flow less abstract. It reframes instream flow as something that directly impacts not just people in general but particular persons whose ethnic identity is intimately linked to river waters and fisheries. As Section 18 of New Zealand's 2017 Te Awa Tupua Act explains, the indigenous people (Te Pou Tupua) with deep connections to the river are recognized as ôthe human face of Te Awa Tupuaö (the Whanganui River). This human face reminds us that instream flows are not just about preserving fish stocks and riverine ecosystems. At times, they are also about preserving cultures and civilizations.