The Coming of the Fifteenth Amendment: The Republican Party and the Right to Vote in the Early Reconstruction Era

Excerpted From: Earl Maltz, The Coming of the Fifteenth Amendment: The Republican Party and the Right to Vote in the Early Reconstruction Era, 82 Louisiana Law Review 395 (Winter, 2022) (295 Footnotes) (Full Document) 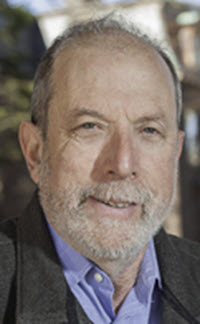 For more than 50 years, the Supreme Court has relied primarily on the Fourteenth Amendment in providing constitutional protection for voting rights. Beginning with the decisions in Reynolds v. Sims and Harper v. Virginia State Board of Elections, the Court has consistently held that the right to vote is fundamental for purposes of equal protection analysis and that any state action that infringes upon that right is unconstitutional unless the action is necessary to further a compelling governmental interest. Thus, for example, in the recent decision in Alabama Legislative Black Caucus v. Alabama, the majority relied on the Equal Protection Clause in concluding that strict scrutiny should be applied whenever a court finds that race was the predominant factor in determining the boundaries of even a single legislative district.

The framers of the Reconstruction Amendments would have found this approach to be puzzling at best. The Republicans who were responsible for drafting the Fourteenth Amendment made a conscious decision to delete protection for voting rights from the text of the amendment and during the congressional debates explicitly stated that the amendment would not impose any new limitations on state control of the electoral process. Instead, it was not until after the Fourteenth Amendment was ratified that congressional Republicans united around the Fifteenth Amendment, which they viewed as the source of constitutional protection for voting rights.

This Article will describe the complicated dynamic that ultimately led to the passage and ratification of the Fifteenth Amendment. The Article will begin by discussing the role that the issue of African-American suffrage played in the debates over Reconstruction policy in 1866 and the considerations that shaped the decision to remove explicit protections for the right to vote from the Fourteenth Amendment. The Article will then describe the conflict over the issue within the Republican party in the period between 1866 and 1869, which culminated in the creation of a consensus among Republicans regarding the need for either a federal statute or a constitutional amendment that would require states to allow African-Americans to vote. At the same time, however, Republicans continued to have widely differing views on the precise form that federal action should take.

Delving deeply into the complex congressional debates that produced the final draft of the Fifteenth Amendment, the Article will describe these differences, focusing, among other things, on the unsuccessful efforts to prohibit discrimination on the basis of sex as well as race, as well as the equally unsuccessful attempt to ban only discrimination against African-Americans, which would have left the states free to explicitly deny the right to vote to Asian-Americans and other racial minorities on the basis of race. After chronicling the brief but intense struggle over ratification, the Article will conclude by describing the impact that the Fifteenth Amendment has had on the electoral process in the United States.

The adoption of the Fifteenth Amendment brought with it the end of the efforts of the Republican party to change the provisions of the Constitution dealing with the institutions of government during the Reconstruction era. The significance of these efforts can be evaluated from a variety of different perspectives. Many Republicans would have preferred an amendment that provided more sweeping protections for voting rights. However, in terms of the structure of American federalism, the adoption of even the simple prohibition on racial discrimination was by any standard a watershed, which for the first time imposed an explicit limitation on state authority to prescribe qualifications for participation in both state and national elections. Thus, for example, although at the time some feminists condemned Republicans for leaving the states free to exclude women from voting, in later years supporters of women's suffrage were able to cite the Fifteenth Amendment as precedent in responding to claims that the adoption of the Nineteenth Amendment would be inconsistent with the idea of federalism embodied in the Constitution.

By contrast, an assessment of the substantive impact of the amendment on the actual functioning of the political system depends largely on the time frame on which one focuses. Together with sections one and five of the Fourteenth Amendment, the Fifteenth Amendment provided the constitutional predicate for the passage of a series of federal statutes in the early 1870s that were designed to protect the rights of the freed slaves. These statutes in turn provided the legal framework that helped facilitate the election of African-Americans to both state and federal office in the late 19th century. But as the enthusiasm of Northern Republicans for the protection of African-American rights began to recede, white Southerners regained control of the apparatus of their state governments and increasingly began to adopt draconian measures designed to prevent the freed slaves and their descendants from participating in the political process.

While the withdrawal of federal troops from the South in the wake of the disputed presidential election of 1876 is typically characterized as signaling the end of Reconstruction, African-Americans continued to vote in substantial numbers in many parts of the South until considerably later. Against this background, the dispute over the Federal Elections Bill of 1890, which was known as the Lodge Force Bill, proved to be a crucial turning point in the struggle over political power in the South. The Force Bill--which was premised not on section two of the Fifteenth Amendment itself, but rather on the authority over federal elections embodied in Article I, Section 4--provided that, upon the request of a relatively small number of citizens in any district, the local federal court would have been authorized to appoint federal supervisors who would have been vested with a variety of powers, including attending elections, inspecting registration lists, verifying doubtful voter information, administering oaths to challenged voters, stopping illegal aliens from voting, and certifying the vote count. In addition, the bill would have empowered federal officials to overturn the results of elections that state officials had certified.

The Force Bill was ultimately defeated after a fierce political struggle in January 1891. But even the abortive effort to provide actual political power to African-Americans in the South created great concern among the members of the Southern white establishment. In response, beginning with the adoption of the Mississippi constitution of 1890, the Southern state governments adopted a variety of constitutional and statutory measures that, although race-neutral on their face, were avowedly designed to limit the access of non-whites to the ballot. In a number of states, these measures had a dramatic impact. For example, while more than 130,000 African-Americans were registered to vote in Louisiana in 1896, by 1900 that number had dropped to a mere 5,320. Similarly, the state of Georgia adopted draconian measures that had the effect of reducing the registration of adult male African-Americans from 28.3% in 1904 to 4.3% in 1910. In short, during the early 20th century, despite the passage of the Fifteenth Amendment, most of the ex-Confederate states effectively excluded African-Americans from political power.

The first real harbinger of change came with the 1944 decision in Smith v. Allwright where the Supreme Court relied on the Fifteenth Amendment to strike down the use of the so-called “white primary” in the state of Texas. However, the crucial breakthrough did not come until more than 20 years later when the enforcement clause of the amendment provided the constitutional predicate for the passage of the Voting Rights Act of 1965, which not only outlawed racially discriminatory practices generally but also required a number of Southern states to have all changes in voting procedures precleared by the federal government before the changes could take effect.

The passage and implementation of the Voting Rights Act has had a profound effect on the ability of African-Americans to participate in the election of public officials, particularly in the Southern states. Nonetheless, discrimination against minority races continues to be a problem in this context. The Fifteenth Amendment reminds us of the need to be constantly vigilant in order to ensure that state laws that regulate the political process treat members of all races equally.