Where's My Ballot?: Why Congress Should Amend House Bill H.r.1 to Include a National Mandate of Drop Boxes for Federal Elections to Help Protect the Black Vote 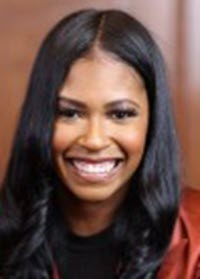 Casting a ballot should be easy, but voter suppression continues to be an obstacle for many Black voters. The failure during Reconstruction to address Black suffrage, together with the proliferation of Jim Crow laws, enabled states to abridge the right to vote based on race. The Fifteenth Amendment was intended to eliminate racial restrictions at the polls. Subsequently, the Voting Rights Act of 1965 was passed in a further effort to outlaw discriminatory voting practices; however, in 2013, the Supreme Court effectively gutted the federal government's oversight of voting procedures. Afterwards, states began enacting restrictive voting measures targeting the most marginalized. COVID-19 introduced new challenges to the electoral process. Disproportionately impacted by the ravages of the pandemic, Black voters were faced with the Hobson's choice of deciding whether to safeguard their health or assume the risk of exercising their right to vote in person. This Note calls on Congress to amend House Bill H.R.1 to include a national mandate of drop boxes for all federal elections to protect the Black vote.

Kathy pulled into the Christian City Welcome Center in Atlanta around 3:30 p.m., ready to cast her ballot for the primary election. After getting out of her car, she discovered hundreds of people waiting in line to also cast their ballots. The polling location was in Union City, an Atlanta suburb with about 22,400 residents, nearly 88% of whom are Black. After five long hours, Kathy finally arrived at the front of the line only to be informed that the polls had officially closed and the electronic scanners were shut down. Poll workers told Kathy that she would need to cast a provisional ballot, but they also guaranteed her that her vote would be counted. Kathy's emotions were reignited as she emphasized that, “I'm now angry again, I'm frustrated again, and now I have an added emotion, which is anxiety .... I'm wondering if my ballot is going to count.” Georgia is home to some of the most prominent forms of voter disenfranchisement targeting Black voters the fact that states are prohibited from denying citizens the right to vote based on race. Long wait lines at the polls and restrictive voter identification laws are only two tools used to disenfranchise Black voters. In many elections, Kathy, along with many other Black voters, have been forced to participate in an inequitable voting system that is based on the color of your skin.

Stacey Abrams, a pioneer activist and former Georgia gubernatorial candidate, once said, “The right to vote is not just sacred, it is the centerpiece of power .... [Y]our ability in a democracy to determine your future is ... predicated on your ability to cast a vote ....” Abrams narrowly lost the governorship of Georgia in 2018, a result which many attribute to voter suppression. She is acutely aware of the tactics used to restrict the right to vote, especially as they pertain to Black voters. The Fifteenth Amendment unambiguously prohibits states from enacting voting laws that discriminate against protected minorities. Despite this bar, federal elections reflected how, although everyone deserves the right to vote, Blacks are systematically denied this right.

The 2020 election represents only one clear example of the threat that voter suppression poses to the nation. The ongoing COVID-19 pandemic offers yet another obstacle for Black voters, and it has forced legislators to create other resources to allow voters to cast their ballots. The circumstances resulting from the pandemic offered a unique opportunity to modernize the voting system to ensure that all citizens, especially those most marginalized, have access to the ballot box. This Note argues that America's voting system is historically oppressive, that Black voter rights remain unprotected, and that the disproportionate effect of COVID-19 on Black voters has exacerbated the problem by multiplying their disenfranchisement at the polls. To remedy these problems, Congress has a pivotal opportunity to modernize the voting system by ensuring that all citizens have access to the ballot box--especially the most marginalized. Towards that end, Congress should bolster the Voting Rights Act of 1965 (VRA) by amending House Bill H.R.1 to include a national mandate of drop boxes for all federal elections.

Part I of this Note discusses the founding period that denied Black suffrage, which shaped the course of history for Black voting rights. Part II addresses the necessity of federal oversight to protect Black voting rights through the VRA and how the precedent of Shelby County v. Holder affected it. Part III speaks to the need for an alternative to in-person voting due to the disparate impact of COVID-19 on Black and marginalized voters. Part IV underscores how Congress can support the fight against voter suppression by mandating the use of drop boxes for all future federal elections by expanding House Bill H.R.1 to include drop boxes for all federal elections.

The nation's history of voter suppression is a nuanced intersectional issue that cuts across lines of race, class, and gender. This Note's primary focus is on Black Americans suffrage because of the nation's deep history and consistent efforts to restrict access to the ballot box for Black citizens. Thus, many points of intersectionality are based on the experiences of Black men and women. The national drop box solution seeks to uplift all marginalized communities, including low-socioeconomic, Latinx, Native American, and Black citizens, to best allow these communities to cast ballots.

The perpetual evolution of racism has maintained a strong hold in voting. This Note began by exploring the ugly reality of a systemically plagued voting system that often falls into patterns of disenfranchisement. What started as an effort by the Framers to restrict the right to vote to white, land-owning males morphed over time into a movement to exclude historically marginalized citizens from casting a ballot. After failed enforcement of the Fifteenth Amendment, the demand for Black equity came to the forefront of the nation's agenda in the 1960s and Black voters received a pathway to accountability with the Voting Rights Act of 1965. Although the effort to disenfranchise Black voters began with federal and state legislatures, the courts throughout the years have aided their efforts. As stated by the Court of Appeals for the Fourth Circuit, some of the most exclusionary voting initiatives “target African Americans with almost surgical precision.” When the Roberts Court began to question the essential preclearance requirement for states with a history of disenfranchisement, the tide against the work to eradicate voter suppression began to shift. By 2013, Shelby County v. Holder severely limited federal oversight of voting procedures and states began to reenact voting measures to prevent Black voters from voting. From long poll lines to voter identification requirements, Black citizens were routinely denied access to the ballot box. The fact that these types of initiatives persist and continue to be pursued underscores the criticality of Congress amending H.R.1 to ensure that drop boxes are used for all federal elections and properly placed in marginalized communities.

Congress has an opportunity to not only address America's history of voter suppression, but to revive the legacy of Shelby County. A national mandate that places drop boxes in locations based on the number of people in each county with a specific emphasis on counties that house a majority of Black individuals is an effective method to enfranchise Black voters. Drop boxes ensure that “[r]ural or urban, Black or white, rich or poor, every [U.S.] citizen has the human right to vote.” This is a call to action on our leadership to implement an effective and secure way to protect Black votes with drop boxes--a goal that should stay at the forefront of any conversation about voter suppression.