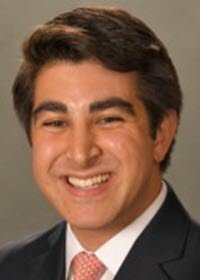 It is 6:00 AM on November 4, 2008, Election Day. Sylvester Hall, a seventy-one-year-old African-American man, excitedly gets up before sunrise and heads to Bailey's Community Center in Falls Church, Virginia to cast his vote for president for then-Senator Barack Obama. But when it is Sylvester's turn to give his name to the poll worker to receive his ballot, he is rebuffed. The poll worker says Sylvester is no longer on the voter rolls because, in 1978, he was convicted of a felony: buying twenty-five dollars' worth of cigarettes with another man's bank check.

Because of Virginia's unforgiving stance on felony disenfranchisement, a thirty-year-old mistake over a measly twenty-five dollars and a couple packs of cigarettes cost Sylvester his right to ever cast a ballot in Virginia.

Flash forward eight years, and it is time to elect another new president. Sylvester is back at his polling place in Falls Church. This time, Sylvester is allowed to cast his ballot. What happened in the interim? Virginia's then-governor, Terry McAuliffe, who was elected in 2013, granted clemency to Sylvester, alongside 67,000 other Virginians.

The restoration of Sylvester's right to vote was a major change in the realm of Virginia voting rights, but it is a remedy still sought by more than 5.2 million Americans across the country. Each one of these 5.2 million Americans are unable to vote for one reason: they have a felony on their criminal record. Despite having “done their time” and reentering society ready to begin again, not one of them is allowed to vote.

The reason for this is simple but a little counterintuitive to what middle school social studies and the Civil Rights Movement taught us. There is no right to vote in the United States Constitution.

Despite the many expansions and amendments made to the right to vote in our founding document--from barring race and gender discrimination, to allowing D.C. residents and eighteen-year-olds to vote--the right itself is not inherent in the Constitution. And even with the occasional plaudits and affirmative dicta from the Supreme Court, a fundamental right to vote is not even implied anywhere in the document. The result: not only have we witnessed numerous states refuse to change their election protocols for the pandemic-plagued 2020 Election, but in just the first few months after November 2020, forty-three states put forth more than 250 bills to restrict voting access.

Every year ahead of an election we witness politicians, as well as federal and state governments, sing the praises of voting one day and pass laws restricting the franchise the next. The courts are inconsistent on voting rights as well. Some courts apply strict scrutiny and describe such voting restrictions as forms of “invidious discrimination.” On the other end of the spectrum, other courts allow lower standards of review that enable state and local governments to bar American citizens from exercising this supposedly fundamental right.

As a result, twenty-eight states bar some individuals from voting because of previous criminal convictions. These laws vary significantly state to state, from the most enfranchising states like Maine and Vermont, where individuals never lose their right to vote regardless of crime or incarceration status, to the eleven states that permanently disenfranchise portions of their population from ever again exercising the right to vote after a criminal conviction. Most states fall somewhere in between, barring rights restorations based on the type of crime, requiring completion of probation and/or parole for restoration or additional time requirements to be met (sixteen states), or just automatically restoring one's voting rights upon release from prison (twenty states). The individuals in the eleven most-restrictive states, however, make up nearly fifty percent of the entire disenfranchised population (around 2.23 million individuals).

Nationwide, approximately 5.2 million Americans are unable to vote because of felony disenfranchisement laws. These laws range from prohibiting individuals from ever registering to vote, to requiring them to not recidivate within a certain number of years, or mandating they pay back court fees and fines they simply will never be able to afford. And while five million Americans only represent two percent of the voting age population, their size vis-à-vis electoral turnout is much larger.

In the 2020 election, 66.7% of all eligible voters (approximately 159 million voters) turned out to the polls--the highest turnout for a presidential election since 1900. In the last two presidential elections, there were several battleground states with razor-thin margins between the winning candidate and the losing candidate. In 2020, Joe Biden won Georgia by a margin of only 12,670 votes and Arizona by 10,457. It is estimated there are over 301,000 ex-felons in Arizona and over 216,000 in Georgia who were unable to vote because of their respective states' strict and far-reaching disenfranchisement laws. Both states' 2020 vote margins could have changed significantly if even a fraction of these disenfranchised populations were allowed to exercise the right to vote.

Disenfranchisement laws also could have impacted the 2016 presidential contest. Wisconsin's 2016 presidential election was decided by less than 23,000 votes, with 67.3% of eligible voters going to the polls (approximately three million voters). In 2016, there were 64,900 Wisconsinites under probation or parole supervision. This number has slightly increased since then. Wisconsin's total probation, supervised/mandatory release, and parole numbers for 2019 were 65,822. Had Wisconsin's parolee and probation population been allowed to vote, it is certainly possible this demographic could have changed the outcome of the 2016 presidential election in Wisconsin.

This is not the only time where a close race could have come out differently if felony disenfranchisement laws did not have such an outsized shadow on the electorate. In 2000, Florida had an estimated 827,000 disenfranchised felons. According to one study, if they had been allowed to register to vote and even just a quarter of them had turned out to the polls, given their strong Democratic lean, Al Gore would have likely won Florida by tens of thousands of votes and would have been elected president over George W. Bush. Another race that likely would have come out differently is Mitch McConnell's first run for U.S. Senate in Kentucky in 1984, which he won by only 5,269 votes. At that time, over 75,000 disenfranchised felons, ex-felons, probationers, and parolees in Kentucky were unable to vote, and with seventy percent of them identifying at the time as Democrats, it is possible we might have a different Senate minority leader today.

While there has been previous analysis on how felony disenfranchisement disproportionately impacts communities of color, there has not been an analysis on age--how older former felons have been negatively impacted by losing their right to vote. This issue will be the focus of this Note.

Older Americans have different needs in society. As a result, plenty of state and federal laws have been enacted directly to address the unique health care concerns, economic needs, and even food and housing insecurities of our aging population. Federal programs like Medicare, Social Security, and Meals on Wheels, as well as state and federal statutes addressing age discrimination, job training, and elder abuse were all created with senior citizens in mind. Finally, when it comes to special considerations around voting, Congress has even passed legislation to ensure polling locations are accessible to the elderly and the disabled. These are just a few select examples of how older Americans are given deferential treatment.

Part IV of this Note will suggest reforms to state disenfranchisement laws that will immediately help this older subset of the formerly incarcerated population re-enfranchise. It also will outline additional voting laws and regulation reforms that should be considered to encourage their registration to vote and their participation at the polls on Election Day.

When someone finishes their prison sentences, we often think of the phrases: “done your time” or “paid your debt to society.” Both idioms get at the heart of what the criminal justice system should be: when it is over, it should be over. While about 800,000 more former felons have been able to get their voting rights restored between 2016 and 2020, 5.2 million people disenfranchised is still too many.

Instead, we keep these 5.2 million ex-felons in limbo, in a type of societal purgatory that is ready to condemn them if they step out of line without any wiggle room to truly reintegrate into the mainstream. Felony disenfranchisement laws are just another way to remind five million Americans who have done their time that they are not really welcome in society. Every two years, they see and hear the political ads on TV, read about the political bloviating going on in Washington, and get no voice in the process.

From early bird specials to Medicare and Social Security, the ADEA and compassionate release from prison, we often recognize that age changes government policy priorities and social interactions. Our laws should recognize the impact felony disenfranchisement laws have on all felons, including the elderly and older adults, to really ensure the phrase “done your time” is not just another example of hypocrisy or disingenuousness within our democracy.