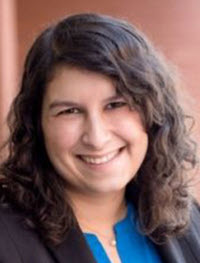 In 1978, Maggie Bozeman was out on the playground with her students when sheriff's deputies showed up at her school. Bozeman had been an elementary school teacher in Pickens County, Alabama for more than thirty years and took her students inside after seeing the law enforcement officers. She was soon called to the principal's office, where she was told she was being charged with voter fraud. President of the local National Association for the Advancement of Colored People (NAACP) chapter, Bozeman had attended a conference, read detailed instructions from the Alabama Assistant Attorney General, and used that information to provide voter assistance to elderly Black community members. Despite scant evidence, Bozeman and her friend Julia Wilder faced charges related to improper signatures on ballots and having ballots notarized outside the presence of voters.

There was little evidence presented at trial that any crime had been committed. One witness described seeing Bozeman and Wilder arrive at the courthouse with a brown paper bag, presumably containing ballots. The prosecution called thirteen elderly Black voters who had received assistance as witnesses, twelve of whom had no clear memory of what happened. Only one woman testified that her ballot had been submitted incorrectly; her son and son-in-law were sheriff's deputies, and the sheriff had even bought her lunch immediately before her testimony. (The sheriff was apparently concerned that losing the case would mean “'there would[] be no rights for the white people down here.”’) Still, an all-white jury convicted both Bozeman and Wilder on multiple counts of voter fraud and they were sentenced to four and five years of imprisonment, respectively. Many thought this had as much to do with the alleged criminal conduct as with the fact that the two women were incredibly active in the community, advocating for, and winning, paved roads in Black neighborhoods and better wages for sanitation workers, among other issues. Bozeman and Wilder were sent to the Julia Tutwiler Prison for Women, only to be transferred to a work release center ten days later in response to protests by Black leaders.

The case caught the attention of Jack Greenberg at the Legal Defense Fund (LDF), who sent Lani Guinier and other attorneys down to file habeas petitions on behalf of the two women. After ten months on work release, they were freed. Still, their prosecutions were only two in a string of criminal prosecutions across Alabama in the early 1980s as Black voters began to see the fruits of decades of labor in the form of improved voting access and increased electoral victories for Black candidates.

Nearly a half-century later, another case of a Black woman policed and prosecuted for suspected voter fraud garnered national attention and outrage. On November 8, 2016, Crystal Mason walked into a polling place in Rendon, Texas. Her name was not on the list of voters as it had been in the past and a volunteer gave her a provisional ballot, which meant that her vote would only be counted if the poll workers were able to verify that she was eligible to vote. In February 2017, Mason went to meet her probation officer on an unrelated case at the Dallas County Courthouse. At that meeting, she was arrested for ineligible voting, and, just over a year later, she was sentenced to five years of imprisonment. Mason had never been informed that she was no longer an eligible voter at any point in her criminal proceedings, but her sentence still stands today. Like Bozeman, Mason has become one of the leading voting advocates of her time. Whereas Mason's prosecution takes place in an era of dog-whistle politics, when coded racist language is used as compared to the explicit statements made by the Pickens County Sheriff in Bozeman's case, it is still a symbol of the ways in which today's policing of voting is fundamental to preserving a racial hierarchy.

For many Black, and increasingly for many Latinx Americans, neither Bozeman's nor Mason's story is a surprising one. Voting has been policed for the entirety of modern American history and that policing, and resulting prosecution, primarily targets Black and Latinx people. Voting-related policing and prosecution are part of the cycle of reform and retrenchment that has come to define voting rights. In fact, increased policing has been a key instrument for local officials seeking to swing the pendulum from reform to retrenchment.

Across these cycles of reform and retrenchment, voting has been framed around a regime of eligibility that excludes people based on citizenship and criminal history, among other factors. It is not a coincidence that eligibility is contingent on racialized statuses. The formal exclusion of people from voting based on racialized statuses sanctions the policing of these racial groups for ineligible voting and voter registration. Policing of ineligible voting is part of a legacy of exclusion from the body politic historically targeted at Black people, as well as a legacy of enforcing that exclusion through violence.

As our national debate on the future of voting rights continues, we must hold accountable the police and prosecutors who have long had a hand in punishing people of color for voting or attempting to vote. January 6, 2021 provided a visual to the entire country of how police officers had internalized their responsibility to work against free and fair elections and that there would be little organized police power to stop them from doing so, just as Bloody Sunday had done decades earlier. A number of the insurrectionists who stormed the U.S. Capitol, with the hope of stopping the certification of electoral votes that was partially the result of record turnout by Black voters in swing states, were current and former law enforcement officers. These insurrectionists bore masks and other paraphernalia imploring others to “Back the Blue” even as they chased, beat, and killed U.S. Capitol police officers; policing, for them, was about maintaining the regime of white supremacy rather than protecting an electoral system in which every vote matters.

It is past time that those concerned with racialized, violent policing and separately concerned with voter suppression of communities of color come to understand the intersection of these systems and their shared goal of maintaining the racial hierarchy. The criminal legal system is a system of exclusion; people are physically taken from their communities, are denied access to government benefits, face barriers to employment, are sterilized or separated from their children, and, in the most extreme cases, are killed by the state. The electoral system is also one of exclusion; people are disenfranchised based on citizenship, interactions with the criminal legal system, lack of photo ID, or other restrictions that have clear race, ethnic, and class implications. Together, these systems of exclusion define who counts in America and undermine the notion that we live in a full and robust democracy. These intersecting systems of exclusion are particularly important at this moment, with modern threats to democracy and increased power in the hands of judges and politicians who give credence to voter fraud arguments that have no merit and are nothing but powerful dog whistles.

This Comment provides the first analysis of the policing and prosecution of people for ineligible voting or voter registration, and does so against the backdrop of the cycles of reform and retrenchment that have defined antidiscrimination law since the end of the Civil War. In Part I, I describe the historical nature of the policing and the modern regime of arrests and prosecutions for ineligible voting crimes. I then briefly address why voter fraud arguments are merely dog whistles, intended to inject racialized fear into politics using colorblind language. In Part II, I describe why ineligible voting laws are doctrinally concerning, even within our current criminal legal system: They are vague and confusing; people are often arrested, prosecuted, and convicted without strong evidence of intent, and the constitutional defenses they should be able to raise have been decimated by the courts because of juridical retrenchment. Finally, in Part III, I suggest potential responses to this problem that look beyond cycles of reform and retrenchment, through legislative reform and abolition democracy.

The criminalization of voting and voter registration is part of a long pattern of state violence used in coordination with extralegal violence to tamp Black-- and increasingly Latinx--participation in democracy. As Coretta Scott King put it, when the state sentences a person to carceral control for voting or registering to vote, they accomplish with “prosecution what the local sheriffs accomplished [decades] ago with clubs and cattle prods.”

Vast policing and prosecutorial power and discretion combined with decades of Supreme Court precedent have made it unlikely that any actor in the criminal legal system has the power--or the will--to put a stop to this violence at this current moment of retrenchment. Rather, we must take a dual path forward that involves short- and long-term changes to our democratic institutions. We need immediate and widespread legislative reform to repeal laws criminalizing voting and vastly expand enfranchisement, paying attention to ensure the reforms shift power rather than retrench current systems of subordination. In conjunction with those reforms, we must begin the process of abolition democracy, transforming institutions built on a legacy of slavery into ones that ensure access to the voting booth and full participation in democratic institutions for all, regardless of their criminal history or formal citizenship status. And, at the root, these changes must address the systems of racialized policing and voter suppression targeting communities of color that converge in the policing and prosecution of Black and Latinx voters.