A Uniform Approach to Felon Disenfranchisement: Is the Multi-state System an Artifact of Slavery? 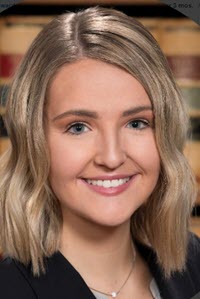 Felony voter disenfranchisement laws have disproportionately prevented blacks from exercising their fundamental right to vote. Despite social progress in America regarding slavery and racism toward blacks, disenfranchisement laws continue to perpetrate a form of discrimination. These laws violate equal protection because they disproportionately affect the black voting population.

In Section II, I provide a historical overview of the legal and social barriers that prevented blacks from exercising their fundamental right to vote, including the racial origins of felon disenfranchisement. These barriers included race qualifications, poll taxes, literacy tests, and grandfather clauses. Further, I discuss Congress's attempt to remedy systematic racial discrimination in voting through constitutional amendments and the Voting Rights Act of 1965.

I will address the current impacts of felon disenfranchisement in Section IV by highlighting incarceration rates in the United States and the disproportionate population of blacks who have been convicted of felonies. I will also point out the wide array of state provisions regarding the disenfranchisement of convicted felons and the inconsistencies among them that lead to disparate racial impacts.

In Section V, I will argue that these inconsistent state disenfranchisement provisions violate equal protection because they disproportionately hinder the right for blacks to vote. Because felon disenfranchisement provisions are not traditionally afforded heightened judicial scrutiny, Congress should act to protect convicted felons' right to vote after they have served their sentence.

In Section VI, I propose that a uniform federal law addressing felon disenfranchisement as an amendment to the Voting Rights Act will eliminate the need for such inconsistent state provisions and will reduce disparate impacts on racial minorities by allowing them to fully reintegrate back into society and participate fully in the democratic process.

The long history of racism toward blacks in America will only persist until the courts or Congress act to protect all members of their communities. Convicted felons who have served their debt to society should be given the opportunity to not only effectively reintegrate without stigma, but also to become an active voice in their community by exercising one of America's most cherished rights: the right to vote. A uniform law enacted by Congress through the Voting Rights Act is one change America needs to not only facilitate the reintegration of black citizens back into their communities but to also afford them true equal protection of the laws.