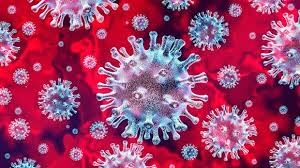 This article analyzes and organizes cases arising from election requirements seen through the lens of the COVID-19 pandemic. Both state and federal cases are included in the article so long as the court is ruling on or discussing the applicability of statutes, regulations, or orders concerning voting and elections as applied during the pandemic.

The Elections Clause of the Federal Constitution provides that the times, places, and manner of holding elections for United States Senators and members of the United States House of Representatives are to be prescribed in each state by the legislature of the state, although the United States Congress may at any time by law make or alter those regulations except as to the places of choosing senators. Thus, states have broad power to determine the conditions under which the right to vote may be exercised, although that power is restricted to the procedural regulation of times, places, and manner of elections. States may enact reasonable regulations of parties, elections, and ballots to reduce election- and campaign-related disorder. The broad power accorded to states over the election process for state offices is not absolute but is subject to the limitation that it may not be exercised in ways that violate the specific provisions of the Constitution.

In the winter and spring of 2020, a novel coronavirus for which there was no known cure, surefire treatment, or vaccine spread throughout the world. The virus spreads quickly and easily, and can be transmitted person-to-person or through contact with a contaminated surface. People over 65 years old or who have preexisting medical conditions are at a higher risk of dying from the disease. In some cases, symptoms are extremely severe, and a sufferer is hospitalized on a ventilator for weeks. In others, symptoms are relatively mild and last only a few days. Making matters worse, people who are infected do not always show symptoms, and those who develop symptoms may be contagious prior to the appearance of any symptoms. To reduce the likelihood of contagion, the Centers for Disease Control recommended self-isolation, maintaining at least six feet of distance between individuals, and wearing face coverings. Many states put preventive measures in place, including bans on gatherings of large numbers of people, orders that people stay at home except for certain necessary trips, and closures of nonessential businesses.

All this in a presidential election year. The spread of the coronavirus and attempts to stem it had two major effects on elections, beginning with primary elections scheduled for the spring and early summer of 2020. First, some states attempted to prevent large gatherings of people at polling places by calling for expanded opportunities to vote early or by absentee ballot; other states, individuals, or organizations resisted such attempts. Second, potential candidates for political office and proponents of ballot initiatives sought relief from requirements that they collect large numbers of in-person signatures on petitions to include their names or proposals on the ballot. In both types of cases, parties scrambled for emergency injunctive relief, arguing that their rights to vote and to petition the government for the redress of grievances would be abridged if they were required to risk their lives and health by voting or gathering signatures in person, on the one hand, or forego voting or petitioning, on the other.

In determining whether to grant a preliminary injunction, the district court must consider (1) the movant's likelihood of success on the merits of its claims; (2) whether and to what extent the movant will suffer irreparable harm if the injunction is withheld; (3) the balance of hardships as between the parties; and (4) the effect, if any, that the imposition or withholding of an injunction may have on the public interest. These are factors to be balanced, not prerequisites to be met. The movant bears a heavy burden of demonstrating entitlement to the preliminary injunction sought, by establishing that each factor supports granting the injunction. A preliminary injunction should be granted only if the movant carries the burden of proving that the circumstances clearly demand it.

This article includes cases in which courts decided whether voters would be permitted to vote by mail-in ballot or some other remote method; whether the usual methods or locations used for voting would be changed; whether the usual requirements to gain placement of a candidate or question on the ballot would be enforced; and whether a state could cancel or delay an election.