From Suffrage to Substantive Human Rights: The Continuing Journey for Racially Marginalized Women 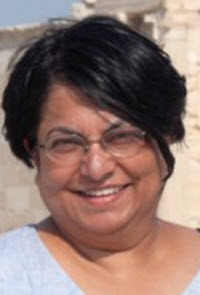 June 4, 1919, when the Nineteenth Amendment was passed by both houses of Congress, was a culmination of a long struggle for women to get the right to vote. In 1920, Tennessee became the last state needed to ratify women's right to vote, and the deciding vote was cast by Harry T. Burn, apparently at his mother's behest; this ratification is another remarkable victory in this long journey. The road was paved with conflicts within the suffrage movement, as well as the conflicts with other groups outside the movement as people fiercely opposed the idea of women's suffrage. Yet, as this Article will highlight, it is not enough to examine this achievement through the lens of men vs. women's rights alone. An intersectional lens, one that examines access to political rights by focusing on how structures of race and class intersect with structures of gender, offers a more complex picture of a process that led to unequal freedom--consequently, an unfinished journey--for different groups of women. As Evelyn Nakano Glenn argued in her book Unequal Freedom, even after formal documents and rulings define rights, these rights are often re-interpreted and boundaries reinforced at local levels to ensure that some groups cannot access rights. These patterns of inclusion and exclusion have led to a parallel journey by non-white groups for rights, a journey which remains unfinished today.

About ten years before the House of Representatives passed the Nineteenth Amendment, young women who worked in textile factories in New York City went on strike to protest unequal pay, harsh work conditions, and the racist, sexist, and classist supervision that consigned their lives to ongoing misery. It was not as if working class women were not part of the suffrage movement--after all, the ratification of the Nineteenth Amendment was achieved first in the western states, where people recognized that women were workers, often as co-participants in the quest to create homesteads. But these young women in New York were “immigrants” and, consequently, racial outsiders. Their struggles for economic and social rights did not draw the support of the mainstream women's movements. At the same time, the contributions of African American women and men to this cause, their key role at different stages of the movement as well as their conception of rights which went well beyond the mere right to vote, remained, and continues to remain, under-acknowledged. Racist ideologies also continued to shape policies and practices that enforce a wide variety of boundaries in matters of politics, social life, and economic opportunities against many other citizens and immigrants of color. In the next few sections, I discuss the struggles over rights, how rights have been claimed, and identify impediments to rights. As described in Part I, I use an intersectional approach to reflect on the struggles, and I situate the idea of rights within a wider human rights framework to encapsulate the ways in which racialized minority women (and men) have articulated rights. Their continued struggle to achieve these rights, described in Part II of this Article, reflects the “unfinished journey.”

This brief overview has outlined, using experiences of racial minority women and men, the complicated structures that affect who ultimately has the right to vote and, more importantly, who can substantively exercise this right. Several decades of scholarship now indicates that thinking about suffrage as something that was won and enshrined in the Constitution is not sufficient for understanding the extent to which this right has been realized. The use of intersectionality frameworks, which analyze the ways in which structures of race, class, gender, sexuality, and other axes of power and discrimination, offer ways to examine the immense roadblocks for people to access their rights to vote. The adoption of a human rights approach that emphasizes the links between rights helps us to further focus on the complex structural barriers that impede access to rights to vote. For people of color, labor rights, rights to education, housing, health and other conditions that enable them to build lives of human dignity--lives that are not constantly buffeted by insecurities arising from the economic, political, and social structural systems--are intimately tied to the right to vote.

The moment when the Amendment, granting the right to women's suffrage, was ratified in 1920 was very significant. It was a culmination of decades of struggles that are important to celebrate in U.S. history. However, without understanding that access to the right to vote is an outcome of intersecting structural barriers, it is difficult to understand the continuing impediments that affect racialized minority women. Without robust solidarities among those who are struggling for fair labor conditions, violence-free lives, and access to voting rights without having to repeatedly prove they belong on the voter lists, the promises of franchise are not attained. It is important to pay attention to the struggles that continue in our own backyards, as many groups continue on the unfinished journey to claim promises of suffrage in fullest measure. In essence, the struggles for suffrage were about being recognized as humans worthy of rights. That essence remains a distant dream for many citizens in this country.

Bandana Purkayastha is Professor of Sociology & Asian American Studies at the University of Connecticut, USA.