The Political (Mis)representation of Immigrants in Voting 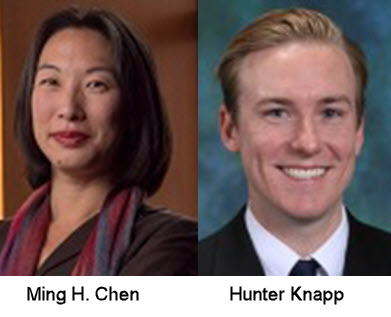 The Nineteenth Amendment was ratified one hundred years ago, in August 1920. It expanded suffrage on a national level by establishing “[t]he right of citizens of the United States to vote shall not be denied or abridged by the United States or by any State on account of sex.” White women moved from being semi-citizens, able to participate in some areas of civic engagement but not in elections, to being citizens with the political rights of their male counterparts. By 1964, the number of female voters exceeded the number of male voters--indeed, that trend has continued in every presidential election since 1994. the passage of the Nineteenth Amendment did not mean all women could participate in political life. Asian American women who managed to immigrate to the United States were unable to naturalize and vote until the McCarran-Walter Act passed in 1952. Latina citizens were prevented from voting by literacy tests in states like Arizona that “[f]rom the state's inception ... [were] enacted specifically to limit the ignorant Mexican vote.” African American women, too, were barred from the ballot box until the passage of the Voting Rights Act of 1965 (VRA) due to institutional barriers such as poll taxes and literacy tests. is clear that the Nineteenth Amendment did not achieve universal women's suffrage because of legal and political barriers that Asian American, Latina, and African American women continued to face long after its passage. If these women had a constitutional right to vote, yet were effectively barred from exercising that right, it raises a question: Who is a member of the political community? One might think that a constitutional right to vote guarantees full membership, yet political scientists and legal scholars describe a “paradox of progress” whereby the triumphant narrative of universal advances in political participation leaves out the lingering obstacles for racial minority groups. inequalities in the participation of Asian and Latino voters in the 2020 presidential election provide a window into their experience as political outsiders. In total, there were 7.2 million immigrants naturalized between 2009 and 2019. These “naturalized voters” or “foreign-born voters” were predominantly Asian American (31 percent and the fastest growing foreign-born group) and Latino voters (33 percent and the largest group of foreign-born voters). While naturalized citizens vote at lower rates than the general population of eligible voters, in part due to unequal outreach from political parties, their registration and voting rates rise with each successive generation and by the second generation exceed that of the general voting population. Throughout the 2020 election, Latino and Asian American voters sought to persuade politicians that their growing numbers merit increased attention from political candidates and parties. According to pollsters, their growing demographic and emerging voting patterns made them just as influential in 2020 as Black voters have been since the VRA was passed in 1965. Their protests for more attention from candidates went largely unheeded during the primaries. Race was discussed more leading up to the general election in light of rising pressure from Black Lives Matter and protests for racial justice, but attention to specific issues concerning Latinos, Asian Americans, or immigration were addressed only at the margins of the presidential debates.

Nevertheless, Latino and Asian American voters played an important role in 2020 election outcomes. Based on an election-eve poll conducted by Latino Decisions and an exit poll conducted by CNN, Joe Biden received between 65-70 percent of the Latino vote nationally, while Donald Trump received between 27-32 percent. Despite the media narrative that Latinos moved significantly toward the Republican Party during the 2020 election, the overwhelming preference for the Democratic Party in numerous swing states contributed to President Biden's victory in the electoral college. received similar support from Asian American voters, with 61-68 percent of their vote compared to Donald Trump's 30-34 percent. Survey data suggests that their high voter turnout and favorability toward the Democratic candidate turned the tide in favor of President Biden in some states. An extremely high number of first-time Asian American voters in Georgia's Seventh Congressional District also contributed to a rare victory for the Democratic Congressional candidate. While the heterogeneity of Asian Americans' partisan affiliation has historically detracted from their political influence, this heterogeneity appeared to shift in the 2020 election. Changes in Vietnamese and Hmong voting patterns to favor Democrats can partially explain this shift. The 2020 election shows that political participation from Latino and Asian American communities can sway elections.

In contrast to Latino and Asian American voters, “immigrants” are foreign-born individuals who have not gained the legal status of formal citizenship; they are technically noncitizens and have restricted political rights. They lack the right to participate in national elections and to hold elected office. Yet they retain some political rights, such as to be represented in matters that directly affect their community. Once they naturalize, these former immigrants earn, at least in theory, political membership equal to U.S.-born citizens: the right to vote, contribute to campaigns, run for elected office, and serve on juries. When political scientists and pollsters refer to these naturalized citizens as “immigrant voters,” they are focusing on their social standing and foreign-born status without making a rights-based distinction about legal standing. They are not referencing immigrants ineligible to vote. This Essay refers to foreign-born citizens who have naturalized and are eligible to vote as “naturalized voters.” References to “Asian voters” and “Latino voters” are not meant to imply that all Asian American or Latino voters are foreign-born or recently naturalized: certainly, some are U.S.-born and have lived in the United States for many generations. Instead, it acknowledges that data gathering practices commonly group together foreign- and U.S.-born Asians and Latinos because these racial groups are majority foreign-born and because they represent the fastest growing and largest racial minority groups, respectively. I of the Essay describes the meaning of political membership as including both participation and representation. Voting is a direct form of political participation and serves the function of self-governance in a democracy. Census enumeration is used for reapportioning and redrawing electoral districts and leads to political representation. Both forms of membership are needed for democratic equality across the political community, but this Essay focuses on voting as its primary illustration of the unequal participation of Asian and Latino voters in the political community. Political representation is addressed in a separate essay. II of the Essay describes legal, social, and political barriers to political participation that effectively diminish the membership of naturalized citizens in the political community. The Essay describes state laws governing voter identification, voter purges, and voter challengers as legal barriers to participation. It also describes social and political impediments such as language barriers and naturalization backlogs.

The Conclusion suggests that increased democratic equality requires bolstering political participation for immigrants and that doing so will transform electoral outcomes and democratic processes.

This Symposium issue is about going beyond the Nineteenth Amendment to expand equality for women and other marginalized groups: politically, economically, and socially. This Essay focuses on political inequality of immigrants and Asian and Latino naturalized voters by looking at legal status as a precondition for political participation. Women, racial minorities, and naturalized citizens confront shared challenges to political participation with formal barriers such as voter identification, voter challenger laws, and voter purges. There have also been a variety of social and political barriers that are distinct to each group but that similarly function to impede political participation.

Our prediction is that overcoming these barriers would improve on both the process and substantive outcomes of democracy. As Professor Ross commented in his remarks for this Symposium, women participated at higher rates than men once they gained the right to vote, and they voted for more social programs after the Nineteenth Amendment. As Professor Ellis described in his contribution, African Americans also participated at higher rates and used that voting to usher in more civil rights during Reconstruction and in the civil rights era that brought down Jim Crow. voters would likely do the same if barriers to their participation were cleared. As a share of the electorate, naturalized voters are growing and concentrated in important jurisdictions. Their emerging policy agenda is one that emphasizes immigration reform, workers' rights, and health care. More specifically, the Pew Hispanic Research Center shows that some of the priority issues for Latinos include a path to legal status for undocumented persons; border security and the government response to Central American asylum seekers; and deportation of immigrants. Asian-American voters are historically neither strongly party-affiliated nor single-issue voters, but they have become more politically cohesive and increasingly Democratic since 2008; the majority now list immigration among their top issues. Latinos and Asian Americans joined together in multiracial coalitions to restore the Deferred Action for Childhood Arrivals program that provided legal protections from deportation of DREAMers. They worked together to oppose the exclusion of undocumented immigrants from the 2020 census. They lobbied for legislation to expand voting rights for minorities and to improve electoral processes after the passing of Rep. John Lewis and the protracted disputes over the 2020 presidential and senatorial elections. They are gaining support from other voters for many of these issues.

Making voting more accessible for Asian and Latino naturalized citizens by overcoming barriers to their political participation could enhance representational equality. It would expand political participation and make elections fairer and more representative of the national political community. These procedural improvements would advance democratic ideals and traditions. In this way, expanding the franchise benefits all Americans, whether U.S. born or naturalized citizens and whether members of a majority or minority race.