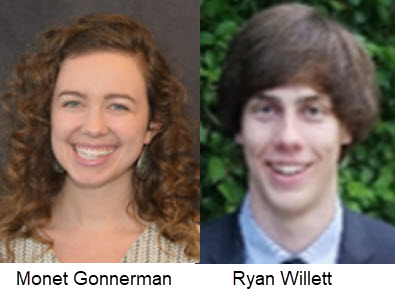 In order to more accurately reflect those who hold membership, stake, and an investment in the community and to promote a more inclusive democracy, the Oregon state legislature should amend the state constitution to permit noncitizen voting and should repeal the state statute that establishes citizenship as a voting requirement. Noncitizens in Oregon who have resided in the state during the 6 months immediately preceding the election, who are at least 18 years old, and who are registered at least 20 calendar days before the election should be included in the vote. If the state legislators fail to act, municipalities should lead by example and implement noncitizen voting for local government positions.

Allowing noncitizen voting where noncitizens have stake in their respective communities is not only fair, but it would demonstrate a return to founding principles of democracy. Racist movements throughout U.S. history have obfuscated this fundamental truth from the public, which now believes that citizenship is a requisite characteristic to vote. However, voting has never been constitutionally tied to citizenship. History indicates, instead, that the right to vote in state and local elections was primarily tied to residence. Additionally, many local governments have taken steps to rectify historic disenfranchisement by expanding voting rights to include noncitizens. Noncitizen voting in state and local elections is inherent in the United States' federalist system.

Since the beginning of the United States, states have had the power to set voter qualifications. As it stands, Oregon residents who do not hold the right to vote are being deliberately excluded by the community and the state legislature, both of which have the power to act. The Oregon state legislators have the authority to repeal the state statute and amend the state constitution to erase citizenship as a voter qualification. Noncitizen residents of Oregon should be granted the vote because they have a stake in and a commitment to the local community--noncitizens have chosen Oregon as their established residence, pay taxes, make purchases that contribute to the economy, and have children attending local schools, among other activities. Additionally, municipalities have the ability to implement their own local voter qualifications. Expanding noncitizen voting across the state will more accurately reflect current membership and stake in the communities.

Section II of this Article will begin by putting forth a proposal for the State of Oregon to extend voting rights to noncitizens in its state and local elections. Alternatively, if Oregon fails to take action, municipalities across the state should take the lead in working towards true democratic inclusion. Next, Section III of this Article will situate the practice of noncitizen voting within its larger historical context. Starting with the colonial period, and ending in the mid to late twentieth century, this Section will demonstrate that noncitizen voting was commonplace throughout U.S. history until it was defeated by white supremacist voter restrictions in 1926. Section IV will provide the legal framework that demonstrates state and municipal power to set voter qualifications for their respective elections. Section V of the Article will discuss why states should allow for noncitizen voting. It argues that including noncitizens in state and local elections is fair because it more accurately represents those who have membership, stake, and investment in their communities. In this way, true democratic results may be achieved when all members of the community are able to have their voices heard and when communities are able to receive input from all interested parties on their pressing political questions. Section VI will briefly conclude the Article.

Noncitizen voting has been commonplace throughout U.S. history, and citizenship was not used as a voter qualification for the vast majority of American's past. Since the founding, fundamental principles of democracy have asserted that all individuals who had stake, membership, and investment in their community were entitled to vote; only in this way could the electoral process guarantee its promise of equal representation. Sufficient stake, membership and investment were demonstrated by (1) residence in the community, (2) a non-binding attestation of intent to become a citizen of the United States, and (3) contribution to the community. This last factor is principally satisfied by the payment of taxes.

The imposition of citizenship requirements in state and federal elections finds no support in our nation's legal jurisprudence or its guiding principles. The Constitution of the United States undeniably commands that the individual states have the power to decide who may vote. Municipalities within those states also have the power to set their own voter qualifications for votes on local matters. Citizenship requirements at the federal, state, and local levels are a relatively recent phenomena, and they were only implemented to maintain white supremacist domination of the political process and to prevent the achievement of truly democratic results.

The struggle for voting rights by minority communities has been long and difficult to say the least. Minority groups have fought both federal and state governments tooth and nail for access to the ballot. These ceaseless efforts underscore the importance that voting holds in a truly democratic society. In order that all interests be represented and that all solutions are heard when searching for answers to a locale's problems, all persons must be represented in the democratic process, including noncitizens. While efforts towards democratic inclusion are still ongoing at the federal level, municipalities across the nation are beginning to realize the value of noncitizen voting. The State of Oregon and the City of Portland have the power to implement noncitizen voting and would benefit from doing so. A substantial portion of our community includes noncitizens, and their values and ideas need to be reflected in a society that promises a voice to all.