Voter Identification Requirements as Denying or Abridging Right to Vote on Account of Race or Color Under § 2 of Voting Rights Act, 52 U.S.C.A. § 10301 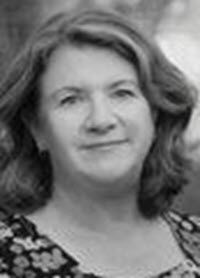 In 2005, the Commission on Federal Election Reform, a private body organized by former President Jimmy Carter, issued a report, "Building Confidence in U.S. Elections," with recommendations to promote voter confidence in the voting system. One recommendation was the presentation of identification (ID) before a voter could cast a ballot. Many states have in fact enacted voter ID laws which typically require that ballots will not be counted without the presentation of ID, either at the polls or after casting provisional ballots.

Voter ID requirements have been challenged, with varying results, under § 2 of the Voting Rights Act, 52 U.S.C.A. § 10301 (formerly 42 U.S.C.A. § 1973), which provides as follows: (a) No voting qualification or prerequisite to voting or standard, practice, or procedure shall be imposed or applied by any state or political subdivision in a manner which results in a denial or abridgement of the right of any citizen of the United States to vote on account of race or color, or in contravention of the guarantees set forth in section 10303(f)(2) of this title, as provided in subsection (b). (b) A violation of subsection (a) is established if, based on the totality of circumstances, it is shown that the political processes leading to nomination or election in the state or political subdivision are not equally open to participation by members of a class of citizens protected by subsection (a) in that its members have less opportunity than other members of the electorate to participate in the political process and to elect representatives of their choice. The extent to which members of a protected class have been elected to office in the state or political subdivision is one circumstance which may be considered provided that nothing in this section establishes a right to have members of a protected class elected in numbers equal to their proportion in the population.

Because the analysis under section 2 of the Voting Rights Act is fact intensive, there is authority for the view that such analysis is best conducted by the district courts and that the courts of appeals will defer to those lower courts' findings of fact.

In examining alleged discrimination resulting from voter ID requirements, it has been held that the requirements of 52 U.S.C.A. § 10301(b) should be viewed as an equal treatment requirement rather than an equal outcome command. It has also been held that a claim is stated under section 2 of the Voting Rights Act when an allegation of even partial abridgment or denial of the right to vote is made. In addition, courts have expressed the view that the remedy for a violation of 52 U.S.C.A. § 10301 must be tailored to the circumstances giving rise to the violation.

Disparate impact of a voter ID requirement, alone, has been held to be insufficient to support a finding that 52 U.S.C.A. § 10301 has been violated. Rather, courts have said that the totality of the circumstances must be examined in order to determine whether there has been such an impact, with the presentation of evidence of recent discrimination.

Courts have employed the so-called "Senate Factors" or Gingles factors to discern whether a discriminatory impact exists, and whether that impact is a product of current or historical conditions of discrimination, rendering the subject voter ID requirement invalid under 52 U.S.C.A. § 10301. Courts have considered statistical analyses to assess whether groups have been disproportionately affected by a voter identification requirement.