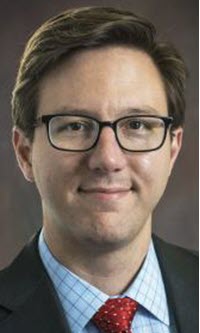 In Presidential Control of Elections, Professor Lisa Marshall Manheim masterfully canvasses how “a president can affect the rules of elections that purport to hold him accountable” and thereby “undermine the democratic will and delegitimize the executive branch.” Bringing together insights from administrative law and election law, she categorizes how presidents exercise control over elections: priority setting through executive agencies, encouraging gridlock in independent agencies, and idiosyncratic exercise of their narrow grants of unilateral authority.

Manheim's principal concern is an executive influencing elections to entrench themselves and their allies in power. Her prognosis for the future is steely-eyed, and she recognizes that presidential control over elections is likely to not only persist but to also expand in the coming years. Rather than fight against the inevitability of presidential control, she advocates a checks and balances solution that achieves “meaningful counterbalance by empowering entities outside the executive branch.” In short, Manheim channels Madison in arguing that “ambition” should “counteract ambition.”

In this Response, I agree with Manheim's superb descriptive account of the problem and her powerful normative critique from an administrative law perspective. I therefore highlight Manheim's contributions and expand on them in two ways.

First, I argue that Manheim has problematized a central premise of election law: the federal government is an ally in the fight to protect minority voting rights. Manheim examines the recent past, paying particular attention to the George W. Bush, Obama, and Trump Administrations. Although Manheim is the first to identify the worrying trend of presidential control of elections, it is an old phenomenon. By shining a spotlight on the problem of presidential control of elections today, Manheim encourages a reassessment of the more distant past, when the president was usually--but not always--a friend rather than foe of minority voting rights.

Second, I propose a solution to the emerging federal threat: amending Section 2 of the Voting Rights Act (“VRA”) to apply to the federal government. This statutory revision would give plaintiffs a powerful tool to combat racial discrimination in voting committed by the federal government. This solution would also avoid the administrative law proxy fights that arose during the Trump Administration, where plaintiffs challenged policies because of their discriminatory effect on minority voters but framed their arguments as violations of the Administrative Procedure Act (“APA”).

Like Manheim, I examine the “nebulous legal line[]” between a president's “lawful and unlawful actions.” In so doing, I address how the federal government has both combatted and perpetrated racial discrimination in voting. Once again following Manheim's lead, I bracket presidential conduct that is “brazenly ... outside of the law,” as a full discussion of President Trump's actions in the run-up to and aftermath of the 2020 election is well beyond the scope of this short Response.

This Response is organized as follows. Part I discusses presidential control over elections during Reconstruction and the civil rights movement. Part II argues that Manheim has problematized the election law narrative by showing that, unlike during Reconstruction and the civil rights movement, the federal government is no longer a reliable ally in the fight for minority voting rights. Here, I address litigation against the Trump Administration and during the 1990 redistricting cycle. Part III argues that Congress should amend Section 2 to apply to the federal government.

Some law review articles are blessed with perfect timing. Unfortunately, in election law, this can be a mixed blessing, as it usually means that a profound crisis has spurned calls for democratic reform. Manheim's article will undoubtedly attract attention after the Trump Administration, as the threat of the imperial presidency exerting its influence over elections has never been clearer. Let us hope that our democracy is up for this fight.