Linking Racial Classification, Racial Inequality, and Racial Formation: the Contributions of Pulled over 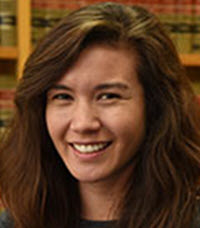 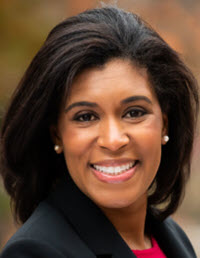 Pulled Over: How Police Stops Define Race and Citizenship, by Charles R. Epp, Steven Maynard-Moody, and Donald Haider-Markel, examines the racialized practice of the investigatory police stop. Police stops are a key site of contact between the state and citizens, in part because they communicate consequential messages about who is free to participate in America's mobile society and who is subject to state surveillance and intrusion. Pulled Over draws on a telephone survey of 2,329 adult drivers and follow-up, in-depth interviews with a subsample of those stopped by the police to describe the patterns, experiences, and consequences of being stopped in the Kansas City Metro Area. The authors find vast racial disparities and attribute racial patterns to the investigatory stop, specifically. Unlike traffic-safety stops, in which the police target egregious violations of traffic laws, the investigatory stop uses a pretense to justify investigation of the driver in the hope of making an arrest (Epp, Maynard-Moody, and Haider-Markel 2014, 8). Epp et al. situate the investigatory stop as a racially framed, institutionalized practice--though widely accepted and legitimated, the scripts of the investigatory stop can trigger deeply rooted and potentially implicit stereotypes of black criminality. Pulled Over makes an important argument for attention to institutional processes--versus individual biases--in our efforts to understand racial discrimination in law enforcement.

We suggest that the contributions of Pulled Over transcend its focus on racial inequality in policing practices. We argue that the project speaks to scholarship on race and ethnicity more broadly. The methods, findings, and theorizing in the book address an ongoing tension between a focus on the socially constructed nature of racial and ethnic categories and the profound consequences of racial inequality. Most studies tend to emphasize either racial formation--the processes by which “racial categories are created, inhabited, transformed, and destroyed” (Omi and Winant 1994, 55)--or racial inequality, describing racial disparities and stratification in outcomes of interest. Epp et al. do both. Through careful treatment of a central set of questions around the mutually constitutive nature of racial disparities and the meaning of race itself, they address both the socially constructed nature of racial categories and their stratifying significance.

In this essay, we outline how Epp et. al. analyze these themes. After a brief discussion of the existing approaches to studies of race and ethnicity, we identify the contributions of Pulled Over.

First, we describe the book's methodological contribution in its approach to measuring race.

Second, we note empirical contributions in the book's thorough documentation of the racial disparities produced by the institutional practice of investigatory stops.

Finally, we discuss the important theoretical contribution the authors make when identifying how investigatory stops reify racial hierarchies, differences, and identities. Together, these facets of Pulled Over draw attention to the interconnected relationships between racial classification, racial inequality, and racial formation.

Pulled Over offers several insights for sociolegal scholars concerned with the social construction and social consequences of race. From a methodological standpoint, it encourages careful consideration of how the concept of race is measured and incorporated into analyses. Pulled Over makes thoughtful efforts to operationalize race in a way that is context-based and specific to the object of inquiry. The authors position race at the intersections of the pervasive meanings and stereotypes characterizing the U.S. racial order, the institutional mandates of investigatory stop practices, and the situational conditions that shape interactions between police officers and drivers. Their efforts call attention to an important set of underlying questions that should be taken into account in research design--how might race interact with other status characteristics? How does place matter? How is race likely to be impactful in this specific context? Letting questions like this shape measures and analysis incorporates social constructivist insights by recognizing that race is experienced in ways that are historically, spatially, and situationally contingent.

When the police stop an African American man, require him to stand at the front of his car, perhaps in handcuffs, while the officer searches the car and other drivers stare as they whiz by in comparative freedom, the drivers' race may have been a key part of what sparked the decision to make a stop. But it is also likely that this widespread practice shapes perceptions of stopped driver and passers-by alike of who is black and the meaning of race (24, emphasis added).

One of the many strengths of Pulled Over is in its theoretical and empirical exploration of the nuanced relationships between racial classifications, racial inequalities, and racial meanings. The authors offer a valuable roadmap for other scholars concerned with the how legal processes shape and are shaped by the social power of race.

Daanika Gordon is Assistant Professor of Sociology at Tufts University.