Best We Just Stow the Cannon

"Best we just stow the cannon,

Hide the anger, and
Do the best we can" 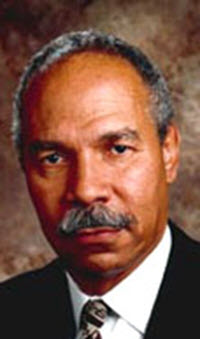 "A boy jus went in theah lookin fuh ya," one of the young men says to the proprietor.

It is two months before my fifty-fourth birthday. Twenty-five years have passed since I graduated from Harvard Law School. I have conferred with presidents and more than once altered the course of American foreign policy.

The "boy" to whom the semiliterate corn farmer is referring is I. And I have traveled a long way to nowhere.

My rage is complicated by the balm of comparative material success. I tell myself that I cannot be wounded by a red-faced hayseed. But I am. The child lives on in the man until death.

My father died in 1974 at the age of sixty-eight, of what the family now believes to have been Alzheimer's disease. Toward the end, and not lucid, he slapped a nurse, telling her not to "put her white hands on him." His illness had afforded him a final brief honesty. I was perversely pleased when told the story.

From slavery, we have sublimated our feelings about white people. We have fought for our rights while hiding our feelings toward whites who tenaciously denied us those fights. We have even, I suspect, hidden those feelings from ourselves. It is how we have survived.

Well-educated blacks have even been inculcated with the upper-stratum white distaste for excessive emotionalism. Black folk of my time talk about white people and their predilections at least once daily but never talk about or with anger. It seems unnatural. Where have we stored the pain and at what price?

The anger caroms around in our psyches like jagged stones. Hidden deep anger. We don't acknowledge it. We don't direct or aim it. But it is there.

Spin the cannon. When it points threateningly outward, even white liberals dismiss us to a perimeter of irrelevance or worse. When it points inward, white conservatives find in our self-hate praiseworthiness.

Best we just stow the cannon, hide the anger, and do the best we can. Without contemplation, this is the deal most of us are constrained to accept. A Nat Turner doesn't make it in America, but a Clarence Thomas frequently does.