How White Right Can Fight Wrong: The Plight of White Male Privilege 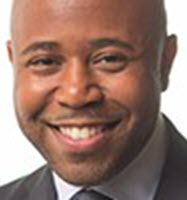 “Privilege for one person, by its very nature, comes at somebody else's disadvantage, otherwise, it's not a privilege.”--Unknown

When it comes to tackling the most critical diversity and inclusion (D&I) issues facing the legal profession, law firms and legal departments across the United States have enlisted some of the best-known and well-respected D&I consultants in the world. Unsurprisingly, these mandatory “check-the-box” trainings are frequently met with boilerplate hypotheticals, outdated language that describes certain minority groups, and participants who, quite frankly, would rather be working than forced to attend a presentation. Furthermore, sometimes the remedies offered to solve diversity challenges come with recommendations so carefully bubble-wrapped that the effort to address the problem is outweighed by the need to not offend the least vulnerable group in the workplace: the white male.

Remarkably, as the equity and inclusion movement is taking shape and form in a variety of professional settings, the legal profession is taking great pains to delicately dance around the very real existence of an equally impactful movement, commonly referred to as white male privilege. Countless studies and research on gender have occurred over the years that examine the advantages men gain over women, but it wasn't until recent years that an increased focus on white male privilege commanded serious discussion.

A few weeks ago, I was speaking with a female attorney who identifies as a person of color, who recalled a recent conversation she had with three white male colleagues at various law firms. She mentioned to them her long-term ambitions and the extraordinary steps she was taking to position herself for partnership. The conversation took a steep turn when the white male colleagues remarked that they just assumed they would automatically attain partnership, if that's what they desired. She was astonished and bewildered by their display of confidence and entitlement due to the fact none of them had embarked on any business development activities or were staffed on any significant matters that set them apart from the other lawyers in their firm. One of the men even boasted about hanging out on the weekend at a partner's home and yet another about a weekend trip to Miami with one of the partners.

While it would be truly praiseworthy if the female attorney could've pulled a comparable anecdote from her experiences at her firm, the harsh reality is that the opportunity for her to benefit from the same or similar experiences will rarely, if ever, happen. The harsh reality is that these extracurricular opportunities outside of the workplace, without any effort on the part of the junior lawyer, have the opportunity to position white males light-years ahead of their peers, without question.

Why is it that the individuals asked to empower the vulnerable and promote the identity of the oppressed are the ones who, in some cases through unconscious bias, are seen as the oppressors? The ones who teach the topics tend to be the ones who contribute to the disparities or are unaware that the disparities exist, or are unwilling to join in on the conversation. White males have to be more than a “silent partner,” meaning they need to be active allies, as in most cases their voices tend to carry more weight or produce faster results than their minority counterparts. They also need to be willing to have the uncomfortable conversations to foster change.

Marcus Sandifer is a litigation associate with Alston & Bird LLP and an experienced human resources consultant specializing in leveraging human capital to build innovative and progressive solutions for highly complex organizations. He is based in New York and has lectured globally on the topics of diversity and inclusion.