Unmasking White Privilege to Expose the Fallacy of White Innocence: Using a Theory of Moral Correlativity to Make the Case for Affirmative Action Programs in Education 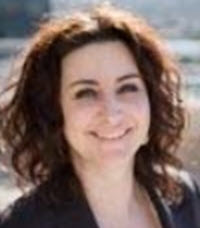 Education...beyond all other devices of human origin, is the great equalizer of the conditions of men--the balance-wheel of the social machinery.... It gives each man the independence and the means...by which he can resist the selfishness of other men. It does more...than to disarm the poor of their hostility towards the rich; it prevents being poor.... And, if this education should be universal and complete, it would do more than all things else to obliterate factitious distinctions in society.

Despite the great strides made during the civil rights era, particularly with regards to desegregation in the classroom and with the later creation and implementation of affirmative action policies in education, equality still has not been achieved. This Note undertakes an explanation of the typical obstacles to the implementation of affirmative action programs in education and proposes a solution.

Part I of this Note illustrates the continued existence of racial discrimination and its attendant effects. This section includes a brief synopsis of the Fifth Circuit's opinion in Hopwood v. Texas to show the great impact the decision is projected to have on affirmative action programs in education across the country. Part I also catalogues the most common and forceful criticisms regarding affirmative action and shows how a number of these criticisms trace their roots to traditional liberal political theory and, more specifically, to the doctrine of utilitarianism.

Part II details the evolution of the system of racial classification within the United States and the subsequent development of white privilege. This section illustrates how claims of white “innocence,” the most common form of denouncement, are faulty. Part III discusses the ways in which utilitarianism proves problematic in its assertion of rights, particularly with respect to those that affirmative action seeks to secure, principally the opportunity and ability to achieve. This section delves into the construct of moral versus legal rights and discusses Alison Renteln's theory of moral correlativity. The functionalist critique of the utilitarian concept of rights is addressed as a potential solution to the utilitarian's rejection of moral rights. Ronald Dworkin's advocacy of individual rights acting in a trump capacity is central to this discussion and is also detailed. Finally, this Note advocates employing a strong conception of rights to unmask the invisible operation of white privilege, thereby strengthening the case for affirmative action in education.

Viewing affirmative action through the lens of utilitarian theory, then, it is easy to see why a large number of people feel that the guarantee to be free from discrimination and to give equal opportunity to all members of society does not necessarily correlate with any duty to present anything in the way of affirmative guarantees for the provision of these opportunities. Utilitarianism leads individuals to view their exercise of rights as being entirely distinct and unrelated to any duties that may stem from the exercise of those rights. Society is willing to say that there should be equal access, but does not go so far as to ensure that the actualization of opportunity takes place. Doing so would clearly detract from the ability of the society as a whole to capitalize on the same educational opportunity and, therefore, is seen as not in fulfillment of the common good. If we accept the correlativity that Renteln urges, however, whites perhaps would be urged to begin thinking of a right in the sense of a due.

The solution is to view rights under the rubric of moral correlativity. The exercise of rights should be viewed in relation to their corresponding duties. Our society, because it is predicated upon utilitarian doctrine, views the identification of a duty as a circumscription of a right. Instead of taking this narrow view, the theory of moral correlativity would encourage society to see that the identification of an obligation may well imply the presence, rather than the absence, of rights.

Under the conception of due, not only do we seek to discern the rights that we hold as individuals, we also look to what is “due” with respect to others for allowing the privilege of enjoying those rights. Thus, with attention to affirmative action, whites could be persuaded that the promises of equal opportunity for all are empty without a corresponding affirmative educational guarantee furthering the ability to succeed. Such a guarantee would strengthen their own enjoyment of equal opportunity as well.

Employing Renteln's idea of due, white society would begin to recognize that they, in fact, exercise privileges simply by virtue of the fact that they are white. Currently, however, whites exercise the rights conferred by such privileges, yet are loathe to accept or recognize the existence of the latter. Indeed, whites are taught not to recognize their privilege. Thus, the “(d)ominance (of the majority, here whites) when related to different groups in a society,...is best understood not only in the sense of power but as having certain privileges--invisible privileges.” The existence of these advantages are seen as unearned assets by those who recognize them.

The continued operation of a system of white privilege can be demonstrated by the fact that more people than not agree with the following statements.

I can turn on television or open the front page of the paper and see people of my race widely represented...

I can be sure my children will be given curricular materials that testify to the existence of their race.

Whether I use checks, credit cards, or cash, I can count on my skin color not to work against the appearance of financial reliability.

I can do well in a challenging situations without being called a credit to my race.

It is the last of these which proves an especially poignant illustration of both the desperate need for and the primary objection to affirmative action. The fact that most whites, as members of the dominant society, can (and do) rely on the above enumerated rights on a daily basis and without a second thought, while minorities cannot, illustrates the clear presence of what has been referred to as white privilege.

The problem with these privileges is that they exist without the acknowledgment of those who hold them. Whites prefer to see the dividends which they garner from their racial identity as being the consequence of their own particular merit. The white individual is taught to think as follows:

All of the rewards are offered in terms of the idea that I am receiving them because of my special, individual talents, abilities, and efforts. It is very easy, then, to convince myself that this individual specialness is true and to become deeply committed to a kind of personal egotism or arrogance.

The objectification which has been leant to white privilege has rendered its operation imperceptible to its beneficiaries. The arrogance of claims of innocence becomes particularly dangerous when coupled with liberal political thought. Whites focus in on individualism and reverence for meritocratic ideals. When affirmative action is viewed from this myopic standpoint, whites are prone to see affirmative action as violative of the political doctrine which they hold dear. Worse still, whites are likely to view affirmative action policies that impose a burden on whites as a personal affront. In short, “whites cannot be burdened with rectifying inequities that are the product of history.”

At the same time, whites, and even blacks, view those who benefit from affirmative action as being inferior and unable to make the cut. A whole group is seen as receiving benefits predicated on past discrimination when many members of that group did not suffer from that discrimination. Again, critics see affirmative action as the doling out of benefits to an overly broad group of people based on the construction of aggregate difference. Thus, when taking the long view of affirmative action, it is the psychological toll taken on both whites and blacks which seems most troublesome.

In short, if we, as a society, decide that colorblindness is where we want to go, we are choosing to ignore the present effects of discrimination. Such oblivion would constitute, in and of itself, a nasty form of racism. We must instead, allow the view of race with respect to the effects which it has on one's ability and opportunity (for both blacks and whites) until that time when discrimination based on race has been eliminated.

In terms of “mending” affirmative action, whites must be forced into cognizance of the privilege conveyed by our skin color. The fight for survival of affirmative action gains credence through an application of Ronald Dworkin's call for a strong conception of rights. Under Dworkin's framework, white privilege and the rights of excluded and injured minority members which seek to be availed of that privilege can be seen as competing interests. As such, we cannot allow the maintenance of the status quo to trump the competing rights of minorities. According to Dworkin's analysis, this would be the model one conception of rights and would constitute a denigration of the rights of all of society's members since societal rights would be allowed to compete with important individual rights.

Instead, we must view affirmative action as an indispensable predicate to the guarantees of freedom from discrimination and equality of opportunity which dominant society has promised to the dominated for so long. “Without affirmative action, nondiscrimination can be a hollow formality that results in little actual change in people's lives.” Thinking of rights in terms of due will facilitate the realization that rights are correlated with duties. Whites, through exercise of their privilege, accumulate a duty to guarantee the same ability to capitalize on societal opportunity to those who have suffered because they have been without the privilege of the 'right’ skin color.

Under Dworkin's functionalist notions, the right to affirmative action should be seen as inseparable from the right to acquire adequate skills to compete for an equal education. The guarantee of negative rights, which the liberal tradition is usually limited to, is not sufficient to make this promise see fruition. Those who advocate negative rights in society, and oppose the promise of affirmative moves, are the “haves,” who are entitled to be concerned only with the protection of what they already have obtained. Their basic needs have been met. We must not fall into this trap. Dominant society must supplant affirmative action attempts with other affirmative guarantees which help to shore up the success of educational affirmative action programs. If we do not make good on our promises to end discrimination and make real the pledge of equal opportunity, then not only are we fueling the fire of racial hatred, we are also deprecating the rights of all people, not just those injured by discrimination.