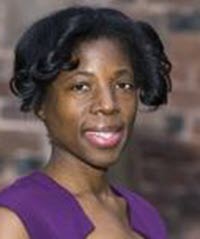 De' Andre Arnold and his younger cousin K.B. Bradford began wearing their hair in locs while attending Barbers Hill Middle School North in Mont Belvieu, TX. As they matriculated to high school in the predominately white Barbers Hill Independent School District (BHISD), the cousins continued to grow out their hair in this style. To both Arnold and Bradford, wearing uncut locs represents their ethnoracial heritage. As Bradford describes, “Growing locs is important to me because it is a part of my Black culture and heritage. In addition, many of my loved ones, including extended family members with West Indian roots, have locs and I wanted to emulate them and their culture as part of my family identity.” “Cutting them would be like cutting off an arm or a leg to me,” Bradford further explains. Similarly, Arnold asserts that, “.... [M]y uncut locs are important to me as a West Indian Black man” and that “In West Indian culture, when someone grows locs, they are not cut for maintenance. The length of locs demonstrates reverence, obedience, and is a symbol of your ancestors. My locs symbolize these values.”

In January 2020, Arnold and Bradford were told that to remain in school without being sent to ISS (in-school suspension), they were required to cut their locs to a length in compliance with the district's grooming code for boys. At that time, the dress code dictated that the hair of male students not extend below the eyebrows, ear lobes, or top of a t-shirt collar “at any time” including “when let down.” Arnold and Bradford refused to cut their hair. The cousins changed schools and filed suit charging the school district and school officials with racial discrimination, sex discrimination, and violating their First Amendment rights.

BHISD is not the only school district with grooming codes that result in black students not being able to wear hairstyles that they see as part of their ethnoracial heritage. In some cases, schools ban all students from wearing any form of hairstyle such as locs or braids. However, in other cases, such as BHISD, male students are forbidden from wearing long versions of these styles because of school grooming codes that outlaw boys having long hair.

This essay engages social science theory and research on stigmatization and the case of Arnold v. Barbers Hill Independent School District to investigate the cultural constructions of male students who wear long locs. Drawing on content analysis of court documents around this Texas lawsuit, I examine how school officials justified the district hair rules through associating the defendants' hairstyle with a range of stigmatizing attributes. The article is organized as follows: The next section outlines how stigma is a social process involving various dimensions such as policies and laws that are discriminatory as well as negative labeling. Following, I explore how school officials rationalized the disciplining of Arnold and Bradford through directly and indirectly associating their hairstyle with negative attributes. The conclusion considers the potential for this court case, as well as hair discrimination legislation, to mitigate the stigmatization of boys who wear long locs, long braids, and long twists. I argue that to fully address the stigmatization of boys who wear these styles, laws and policies must be attentive to race as well as gender.

In his now-classic text, Stigma: Notes on the Management of Spoiled Identity, sociologist Erving Goffman defines stigma as “an attribute that is deeply discrediting.” Stigma can be attached to a range of attributes including physical characteristics such as body size, skin color, hair texture, and hair style. Stigmatization involves the co-occurrence of interrelated processes. One process is “distinguishing and labeling differences” as differentiating people by the hairstyle that they wear. Another component of stigmatization is “separating 'us' from 'them”’ as approaching those who wear their hair in a certain style as an outgroup. Stigmatization also involves discrimination. In some cases, discriminatory treatment includes institutional policies, private and governmental, that limit the opportunities of stigmatized groups. These institutional policies are termed structural stigma. For example, policies that restrict the educational opportunities of students who wear their hair in a particular style are forms of structural stigma.

A final dimension of the stigma process is associating those with the mark of stigma with negative attributes as stereotyping people who wear a particular hairstyle as being unclean. These negative cultural constructions of groups, or stigmatizing ideas, help to rationalize structural stigma. The inferior treatment of stigmatized groups is thus legitimated through attaching negative attributes to them. For example, restricting the educational opportunities of students who wear their hair in a certain style may be justified through the stigmatizing idea that they are dirty.