Pink Hats and Black Fists: The Role of Women in the Black Lives Matter Movement 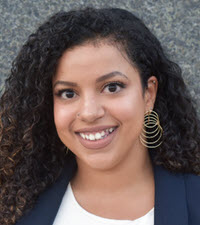 One photo from the March belies the purported unity. In that photo, Angela Peoples, a Black woman, stands unbothered in a crowd of smiling White women wearing pink “pussyhats.” Ms. Peoples' cap reads “Stop Killing Black People;” her sign says “Don't forget: White women voted for Trump.” While she sucks on a lollipop and gazes coolly off-camera, the women around her stare at their phones and pose for pictures. The picture vividly demonstrates the dissonance between America's mainstream feminist and civil rights movements, a juxtaposition further illuminated by the success of the Women's March.

This divide has a long history, and there is a wealth of scholarship examining how race shapes women's experiences and discussing the importance of intersectional feminism. Feminism has historically been White-centered, while civil rights discourse largely pertains to men of color. The theories of “intersectionality” and Critical Race Feminism arose as a response to this discordance. These theories offer a critical perspective of the interplay of race, gender, and class for women of color in a patriarchal, racist system. For modern feminism to survive, it must adapt to include the significant group of people who are presently excluded by “White feminism”--those who are both women and members of racial and ethnic minorities, as well as those who are economically disadvantaged; it must fully embrace intersectionality.

This Comment does not offer a new justification of the importance of intersectional feminism, nor does it aim to highlight the shortcomings of the Women's March. Instead, it uses the Women's March as a case study to highlight the role of women in protest, and more specifically, the importance of White women's future participation in intersectional movements.

First, it examines the origins and critiques of the Women's March to demonstrate the growing resistance from women of color to “White feminism.”

Next, it argues that the reformed platform of the Women's March is reflective of a paradigmatic shift in modern feminism to embrace intersectionality and further asserts that this shift must be complemented by genuinely inclusive actions, such as supporting causes like Black Lives Matter.

Lastly, it argues that the success of the Women's March demonstrates that White women have the privilege to protest without fear of state violence and contends that this privilege should be used to support women of color.

Intersectional feminism is a powerful weapon. Feminism that is centered around White-womanhood ignores a vast population of women, and as a result, it loses power. All women are victims of state violence in some form, and truly intersectional feminism should resist all forms of state violence. Furthermore, all women should support movements like Black Lives Matter because police violence is a women's issue. It impacts the livelihood of thousands of Black and Brown women, and therefore, it deserves the same attention, the same outrage, and the same collective energy as the Women's March. White women, in particular, should support such movements because they are afforded a privilege that many others are not--the privilege of being protected when congregating in protest. That privilege, when recognized and properly wielded by allies to support marginalized people, can help women of color to advance their causes in a meaningful way.

Finally, modern feminists must continue to fight for the margins, as well as the center, if they wish to truly empower all women and create lasting change. The Women's March showed the world that five million people can rally behind a cause. Modern feminists must capitalize on that energy and truly embrace intersectionality because five million women in protest could end state violence. Five million women standing in solidarity could change the world.