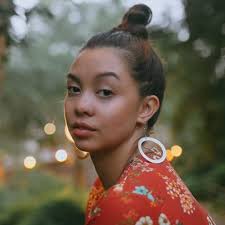 In December of last year, Gloria Steinem, a woman whose name and face has come to symbolize the feminist movement of the ’60s and ’70s, spoke before the Massachusetts Women’s Conference about the #MeToo movement and the importance of defining sexual harassment.

The conversation turned to the importance of black women in building the current movement against sexual and gender violence. Many are familiar with Tarana Burke, who started the #MeToo movement a decade ago, but far less people know that key legislation barring sexual harassment in the workplace came as a direct result of lawsuits black women filed.

“The problem, and what [many feminists today] are not saying,” Steinem told the crowd, “is that women of color in general—and especially black women—have always been more likely to be feminist than white women.”

If it is an astonishing statement, particularly coming from a white woman, it is also a true one.

Black women and women of color have actively fought for the rights and livelihoods of women for more than two centuries, yet their stories and contributions are often sidelined in the mainstream narrative of the feminist movement.

They did so at a greater risk of violence, and they did so even as white suffragettes actively rallied against civil rights for black Americans, as Anna Howard Shaw, president of the National American Woman Suffrage Association, did when she argued that black women “have put the ballot in the hands of your black men, thus making them political superiors of white women.”

“Never before in the history of the world have men made former slaves the political masters of their former mistresses!” Shaw added.

And when white feminists weren’t actively undermining the efforts of feminists of color, their absence and silence around issues women of color faced was conspicuous. For instance, as white feminists fought for reproductive rights, they largely overlooked the complicated relationship women of color, who had historically been subjected to sterilization programs without their knowledge or consent, had to the movement.

As more Americans embrace intersectional feminism and its emphasis on inclusion, it’s important to remember that intersectional feminism has alway been practiced by black women and women of color, who combated the gender violence of their day as well as confronted racial abuse and exploitation of their labor. Below, we’ve listed some of those women—some whose names may be familiar and some whose names aren’t.

As we see below, the fight for workers’ rights has always been a fight for women’s rights, particularly for women of color, and the erasure of labor as part of the feminist movement says more about the work and the women this country has historically valued than it does about their contributions.

The efforts of these women to fight management abuses and racial and sexual abuse in the workplace have bettered the lives of an uncountable number of women, and their organizing tactics laid the groundwork for battles that continue to this day. For that reason, the women of the labor movement are featured prominently on this list.

This list is by no means a complete one. It is, we hope, a helpful starting point for getting reacquainted with the centuries of labor that women of color have put into making this country a fairer, more equitable place for everyone.