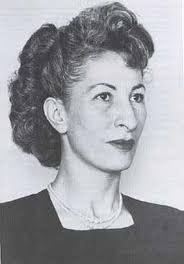 Moreno, a Guatemalan, never gained U.S. citizenship, but her work was instrumental in advancing the rights of women who work, particularly Latinas.

A gifted labor organizer, she traveled throughout the South and California to call attention to the poor working conditions in sweatshops, canneries and agricultural fields. Moreno also brought awareness to the abuse of Latina workers in these industries.

Maida Springer Kemp (1910-2005)
A famed labor organizer, Springer Kemp was instrumental in advancing labor movements on four different continents, most notably in Africa. Springer Kemp used her leadership status to push for integration within unions. As USA Today notes, while organizing a drive for the war effort in 1942, Springer Kemp deliberately scheduled an event in Chinatown at which people from all backgrounds could participate:

“We organized a blood bank with black and white workers laying table by table, giving blood because the Chinese didn’t ask what color blood it was,” Springer Kemp said, according to Daniel Katz’s book, All Together Different. “She was one of the early leaders, who was a strong advocate for unionism and civil rights,” says [historian Yvette Richards] Jordan, who teaches at George Mason University. “She saw those two movements in tandem.”